Hafezieh, Review of Tomb of Hafez in Shiraz

With a long history, and being the center of culture in Iran, Shiraz is well-known for being home to a number of sightseeing, including traditional houses, historical monuments, and tombs of greatest poets in Iran; Hafez and Sa’adi

tomb of Hafez is known as Hafezieh and many people still come to pay homage to this master of poetry. The mausoleum itself is located in a lovely garden and has an atmosphere of peace and calm that is quite unique. There is no better place to understand Hafez’s place in the nation’s psyche than at his tomb and the memorial garden within which it is set. Here, we are going to have a review of Tomb of Hafiz in Shiraz, and how he had influenced Iranian culture during the past centuries. 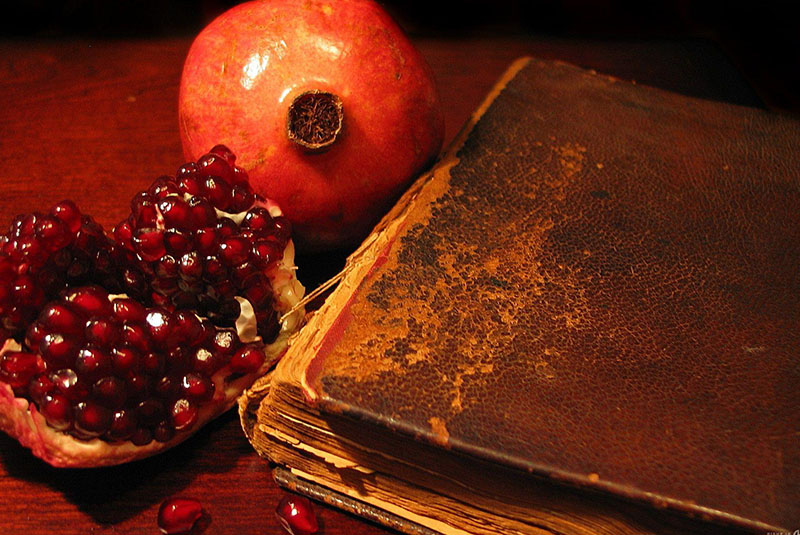 Hafez; one of the Greatest Poets in Iran

Hafez or Hafiz is one of the most famous Gnostics and poets of Iran, who was born in Shiraz in 1315 and passed away 65 years later. His collected works are regarded as a pinnacle of Persian literature and are often found in the homes of every Iranian.

Hafez primarily wrote in the literary genre of lyric poetry, or ghazals that are the ideal style for expressing the ecstasy of divine inspiration in the mystical form of love poems. Themes of his ghazals are the beloved, faith, and exposing hypocrisy.

Though Hafez is well known for his poetry, he is less commonly recognized for his intellectual and political contributions. A defining feature of Hafez' poetry is its ironic tone and the theme of hypocrisy, widely believed to be a critique of the religious and ruling establishments of the time.

Peter Avery translated a complete edition of Hafiz in English, “The Collected Lyrics of Hafiz of Shiraz”, published in 2007. It has been awarded by Iran's Farabi prize.

Encyclopedia Britannica comments that the extraordinary popularity of Hafez poetry in all Persian-speaking lands stems from his simple and often colloquial though musical language, free from artificial virtuosity, and his unaffected use of homely images and proverbial expressions.

October 12 is observed as Hafez Day in Iran when hundreds of his fans and scholars gather at his mausoleum to pay tributes to him.

Hafez died in 1390, and in his memory, a small, dome-like structure was erected in Shiraz near his grave at -e Mosalla in 1452 at the order of Babur Ibn-Baysunkur, a Timurid governor. The -e Mosalla were gardens (now known as Musalla Gardens) that featured in Hafiz's poetry. The garden covers an area of 19,000 square meters, which is also home to one of Shiraz's cemeteries. 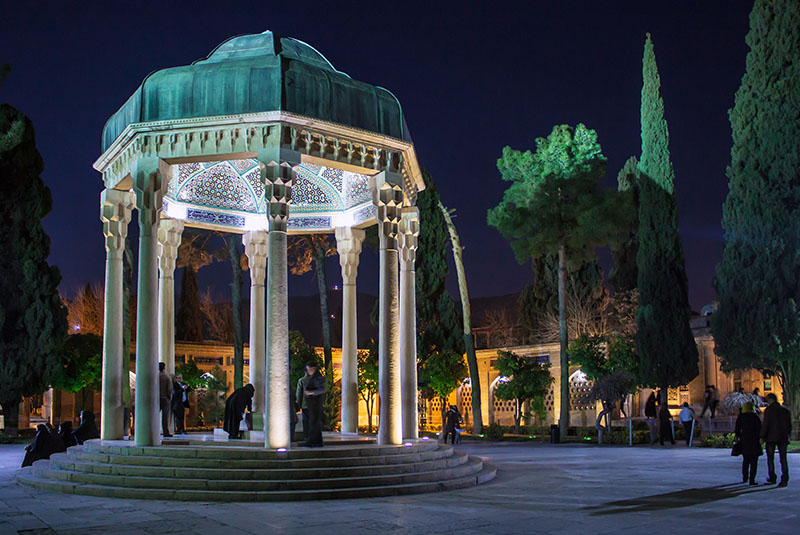 Shah Abbas I, and Nader Shah both carried out separate restoration projects in the following 300 years

A much more substantial memorial was constructed in the gardens in 1773 during the reign of Karim Khan Zand. Situated on the north bank of the seasonal Rudkhaneye Khoshk River in the Musalla Gardens.

The tomb was restored in 1857 by a governor of Fars, and a wooden enclosure was built around the tomb in 1878, by another governor of Fars. Following this, the site became a subject of controversy, when, in 1899, Ardeshir, a Parsi from India began to build a shrine around Hafez's grave.

After several renovations, destructions, and constructions during history, finally, the current pavilion structure was built in 1935. It is designed by the well-known French architect and archaeologist, André Godard, using Zandieh architecture elements.

The tomb of Hafiz also known as Hafezieh is located north of Shiraz and comprises of two gardens.

The Hafezieh consisted of four central columns, with two rooms built at the east and west end and with the north and south sides remaining open. The building split the gardens into two regions, with the orange grove in the front and the cemetery in the back. 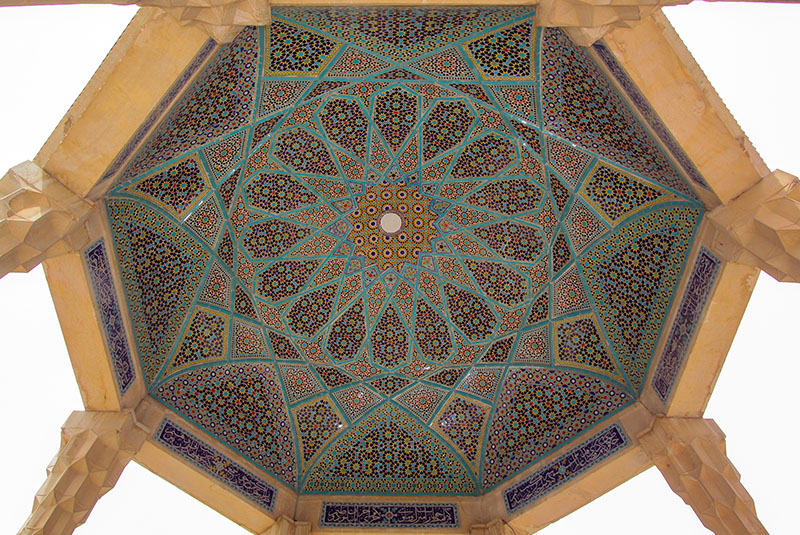 The original, four-columned memorial hall built in 1773 by Karim Khan Zand was extensively expanded. Sixteen pillars were added to the four original, creating a long verandah, and on several facades are engraved ghazals and other excerpts from Hafez's poetry.

The mausoleum includes two parts: the orange grove in the front and the tombstone in the back with a marble slab placed over the grave. Elevating one meter above ground level and encircling with five steps, the marble tombstone consists of eight columns, supporting a copper dome made of enameled tile mosaic in the shape of a dervish’s hat.

Beautifully inscribed with two of Hafez’s poems or Ghazals, the tombstone has been attracting visitors for centuries to pay homage to this spiritually rich poet and to take the omens or by picking a page randomly from a volume of Hafez, kept for this purpose.

A celebration of Nowruz at Hafezieh

Many Iranians use Divan of Hafez for fortune telling. Iranian families usually have a Divan of Hafez in their house, and when they get together during the Nowruz or Yalda holidays, or on any other occasion, they open the Divan to a random page and read the poem on it, which they believe to be an indication of things that will happen in the future.

One of the most populated time to visit Hafezieh is the New Year. It is very common among all local people of Shiraz, or other people traveling to the city to gather at Hafezieh and celebrate Nowruz together. They read poets from Divan-e Hafez to see their fortune of the year ahead of them. Group of singers and musicians also perform at the place on this occasion. In the following pictures, you can see the celebration at Hafezieh.