The Magnificent Colorful House of Qavam in Shiraz

In addition, to be one of the most historical and popular cities in Iran, Shiraz is home to a number of beautiful historical housed date back to centuries ago. Among all of these houses, the magnificent colorful house of Qavam in Shiraz, which is also known as Narenjestan-e Qavam or Qavam Garden, is the most popular historical house in the city

are a number of orange trees, especially sour orange in the garden which is called “Narenj” in Farsi, and that is the reason why the house is known as Narenjestan which literally means “Place of Narenj” in Farsi. Therefore, the best time to visit Shiraz and especially this garden is from the end of April till the mid-May to smell the pleasant scent of orange blossom. 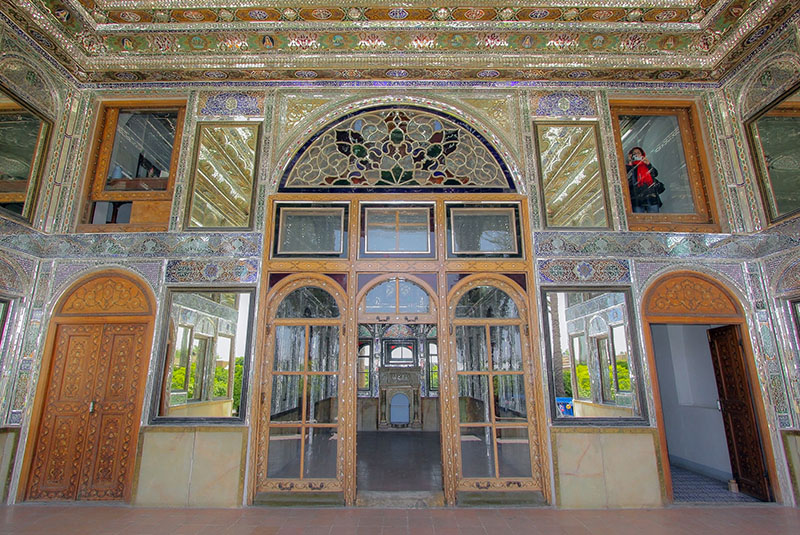 When you enter the garden and pass the corridor you will face an unforgettable garden, and you will surely be amazed by the interior design of the house. Here, we are going to introduce this luxurious royal mansion.

Qavam House was primarily constructed during the late 19th century by Ali Mohammad Khan Qavam-ol-Molk and was completed by Mirza Mohammad Reza Khan to become the residential place of Qavam Family. The family was merchants originally from Qazvin, and become one of the political figures during the Zand dynasty, followed by the Qajar, and later Pahlavi dynasty as well.

They become one of the most influential families especially during the Qajar Dynasty, and for centuries they were the governor of Fars Province. It is worth knowing that some of the magnificent places in Shiraz, such as Husseinieh Qavam, Afif Abad Garden, Delgosha Garden, Kalantar Garden, Biglar-Beygi Garden, and Zinat-ol-Molk house were built, restructured, or renovated by this family.

When Qavam--Molk IV passed away, his belongings were divided among all his heirs, and the house was inherited by his son. Decades later, it was given to Khan Qavami, who sold the house to turn it into a museum. 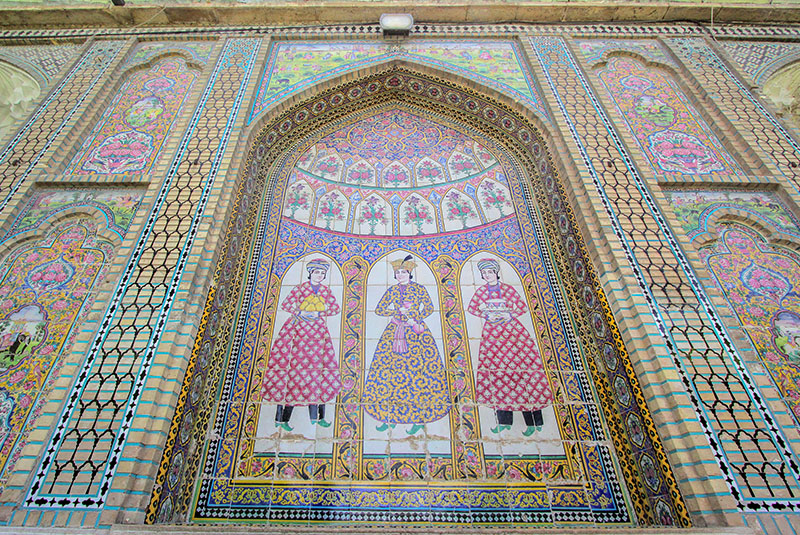 During Pahlavi Era when Arthur Upham Pope and Richard Nelson Frye lived in Iran and directed Pahlavi University’s Asia Institute, they worked and lived in this house from 1969 until 1979. Museum's collections of photographs and slides, initiated by Professor Pope, are also preserved here.

In 1974, the house was registered as a national monument in Iran and later changed to a public museum.

The architecture of Qavam House

The passage: The principal passage of the garden opens toward the south along the fundamental pivot of the building, into an octagonal hallway which facade to an adorned with blocks. There is a marble tablet on top of the passage on which some texts from the Quran have been composed on it, in addition to information about the originator of the garden and date of its development.

On both sides of the lower some portion of the passageway, there are two Qajar officers holding their rifles. The passageway entryway is made of wood and has been trimmed. The roof of the octagonal hall is finished with blocks and tiles and is formed like stars.

The Garden: The garden covers approximately 3,500 square meters, and the building has an area of 940 square meters in two northern and southern wings. The beautifully designed garden is along the southern mansion and the main mansion. There is a big pool in the garden in which the image of the main mansion reflects in it. The same as every Persian Garden in the country there are symmetric spaces on both sides of the garden.

The Building: The southern wing was uncommon to hirelings and included two colonnades with trimmed wooden segments and rooms adorned with delightful mortar work. The northern wing has two stories and incorporates a porch with two stone sections flanked by trimmed entryways and windows and incorporating a wooden rooftop with mirror work alongside artistic creations and is among building deeds of Qajar period. Reflect corridor is in the center and encompassed by rooms on right and left symmetrically. The floor of patios are secured with white and blue tiles in an excellent way and appealing mortar work has secured dividers of the porches. 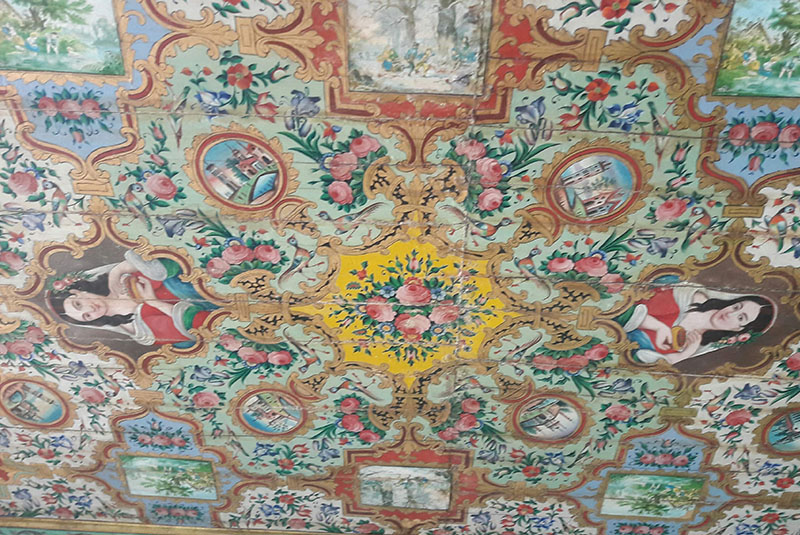 The building stands two meters over the yard and is primarily made of blocks. Its roof is shrouded with lovely sketches in warm hues and shifted designs. Outside the building, you can see bas-reliefs of Achaemenid officers, lions, tombs, and pictures of battling fanciful animals which have been motivated via carvings at Persepolis. A stone pool notwithstanding date and acrid orange trees are confronting the building.

Qavam House is located at the heart of the city, on Lotf Ali Khan-e Zand Street. Numerous attractions of the city are situated close to this historical House, and you can easily visit them by walk. The closest attraction is Zinat-ol-Molk House which is located on the alley beside this attraction and there is a beautiful museum full of wax figurines of intellectuals of Iran during the chronological time periods of the history of Iran. After that, you can continue to Nasir Al_Molk Mosque, Shah-e Cheragh Holy Shrine, and Zandiyeh Complex which consists of Karim Khan Citadel, Bathhouse, Mosque, and Bazaar.

Visiting days and hours: Every day except for Public Holidays