8 Most beautiful local Bazaars in Iran

Since centuries ago, bazaars have an important cultural influence in Iran. Whenever a city was about to develop, the first thing was done by the governor at the time was establishing a bazaar, a school, a bath, and a mosque all as a complex at the center of the city.

You can still see these examples in some cities in the country. For instance, the best example is the Vakil Complex in Shiraz. In addition to their importance, the architecture of some of those bazaars is magnificent. Here, we are going to introduce some of the most beautiful bazaars in Iran. 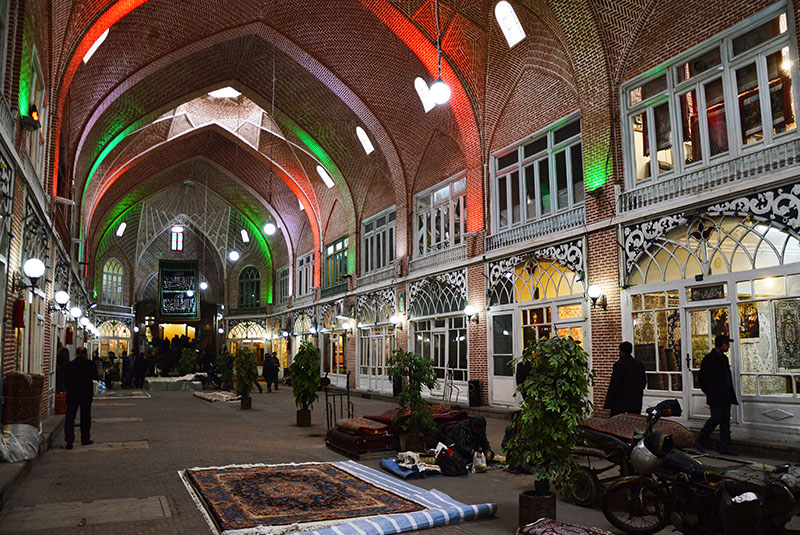 Let’s start with the one that was recognized as the World Heritage Site by UNESCO in 2010. Tabriz is considered to have the largest covered bazaar in the world. This historical site developed along the caravan routes of antiquity and thrived as a commercial and social center linking the Persian Empire to Europe and China. Iranian conservationists say, local merchants, townspeople and the religious class have played a significant role in its dynamics, even as the government influence has steadily grown over the decades. The bazaar has been equally important as a social center as a commercial hub.

The Ganjali Khan Complex was built by and named after a Safavid politician who became the governor of Kerman in 1569. Located at the heart of the city next to the Grand Bazaar, the complex covers an area of 11,000 square meters and consists of a square, bazaar, bathhouse, mosque, and Ab-Anbar (water reservoir), mint and a monument. Ganjali Khan Bazaar is a three-kilometer long street, including caravanserais, rows where different professions worked and numerous shops. 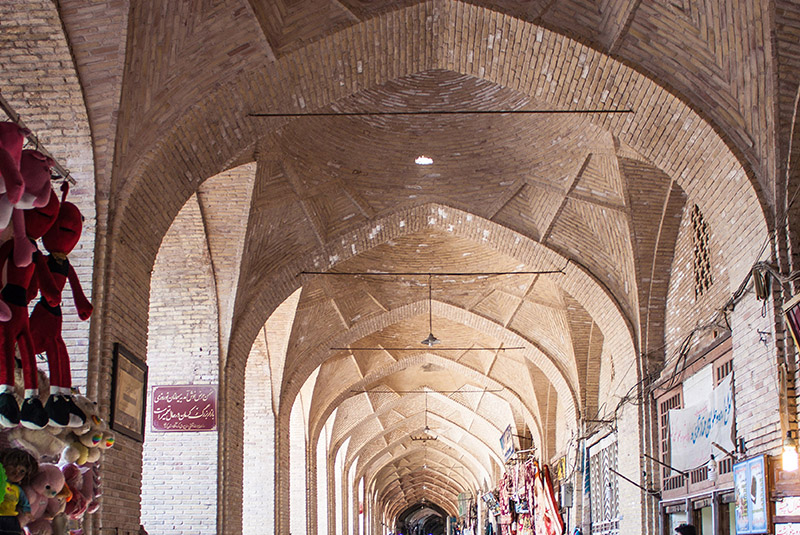 The first record of Bazaar of Isfahan comes from the accounts of Naser Khosrow, who visited it in the early 12th century and described in enthusiastic terms. The two-story bazaar surrounds the Naqash-e Jahan Square, and since Isfahan was a vital point in the Silk Road, the Bazaar was the main place for doing business for people from all over the world. 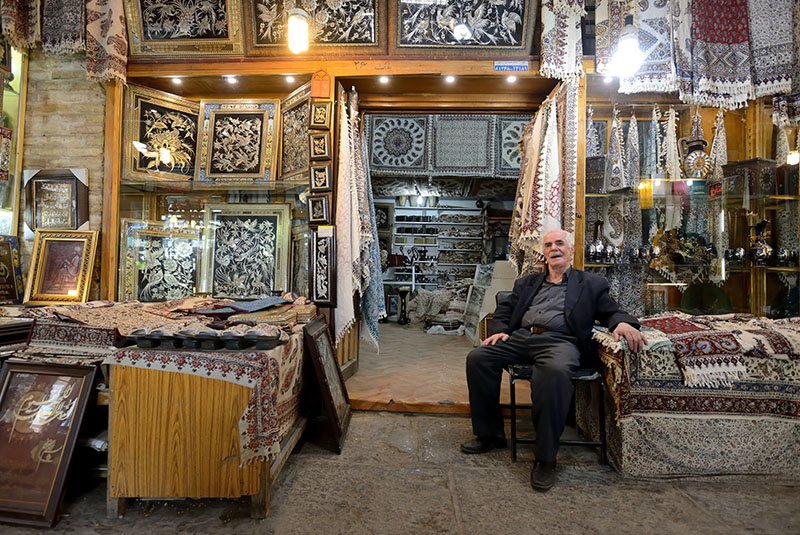 The oldest part of the bazaar is the entrance to the bazaar, fronting on the central square and in perfect keeping with its dimensions, which was built in 1619 and is called Qeysariyeh. The name "Qeysariyeh" literally means "Caesarian" and is used to identify the Royal Bazaar.

The bazaar has different sections, and you can find all different types of handicrafts and local sweets of the city here, with the best quality.

Vakil Bazaar is one of the main attractions of Shiraz from Zandieyeh Dynasty, including the Bazaar itself, Vakil Bathhouse, Vakil Mosque, and Karim Kan Citadel.

Vakil Bazaar is one of the commercial centers at the heart of Shiraz city which has still preserved its traditional style. The antiques of handicrafts, carpet, seasonings and Persian fabrics in this bazaar will fascinate you. Inside this bazaar, there is an old Caravansary which has been converted into a market named Saray-e Moshir and you can buy beautiful jewelry and priceless gemstones here. Outside the bazaar, you can try Shirazi ice cream and Faloudeh and Sharzeh traditional restaurant are located beside this bazaar. 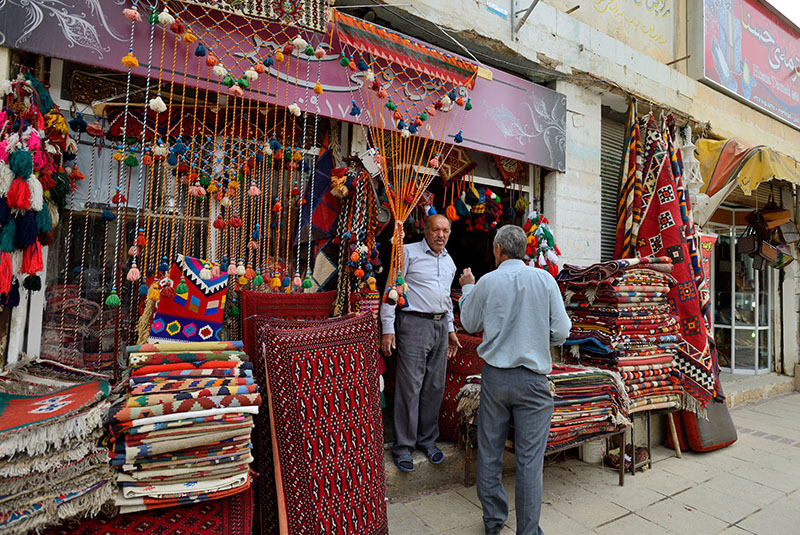 Tajrish bazaar is situated in the northern part of Tehran, in the oldest district of city, names Shemiran District. It is around 600 meters long with more than 400 stores, offering a wide range of products to the customer. Also, the fruit market is located at the center of the bazaar, filled with fresh and colorful fruits and vegetables from all around the country.

If you are interested in having a local experience and meet a number of people shopping for groceries, fresh herbs, nuts, and so on, this is the place.

Tehran Grand Bazaar is the oldest bazaar in the downtown of Tehran, while the current bazaar is most associated with the 19th century onwards, its roots go back much further. Tehran Grand Bazaar has a unique and complicated architecture. Eye-catching arches, labyrinthine corridors, and traditional air-conditioning systems have added to its beauty.

Traditionally, the Tehran bazaar was split into corridors, each specializing in different types of goods, including copper, carpets, paper, spices, and precious metals, as well as small traders selling all types of goods. Today, modern goods are available as well, in addition to the many traditional corridor traders that still survive.

Jomeh Bazaar literally means Friday market, and it is a place that brings together a collection of street stalls that usually sell goods such as fruits, vegetables, snacks, toys, clothes, shoes and home appliances with reasonable prices. In Tehran Jomeh Bazaar you can find almost everything from all sort of hand made and crafts to some old and antique stuff which are all unique and awesome.

The market’s huge range of variety and its characteristic, cluttered randomness provide for an ever-refreshing experience. You might not find what you were looking for - instead, you find a whole lot more, perhaps even more interesting.