Vakil Complex; a combination of a citadel, a mosque, a bath, and a bazaar

With a great heritage, there are numbers of historical houses, gardens, and monuments in Shiraz, which makes the city one of the most visited one in Iran. Among all of these places, one of the most popular ones in the heart of the city is Vakil or Zandiyeh complex.

The place was built by Karim Khan Zand, who was the founder of the Zand Dynasty, but did not adopt the title of Shah for himself, preferring the title, Vakil e-Ra'aayaa which literally means “Deputy of People”.

That is why people called this place Vakil complex or Zandiyeh complex which refers to Karim Khan’s name.

The complex includes the Citadel of Karim Khan, a bath, a mosque, and a bazaar which are close to each other. The combination of these buildings at the of a city in order to give access to most of the people in the city is very common in Iran and could be found in other cities like Isfahan, where Naghsh-e Jahan Square plays the same role.

In this article, we are going to talk in detail about each monument in the complex, its history, and architecture.

To build this citadel, Karim Khan invited some of the best local and international architectures to design the building. He also ordered to use the best material of the time in the construction.

Building the monument took about two years from 1766 until the end of 1767. The building initially used as the pavilion of the  Family during the Zand Dynasty. However, in Qajar Dynasty the place was used as the official place of the governor, and later in the Pahlavi Dynasty, it turned to a prison. 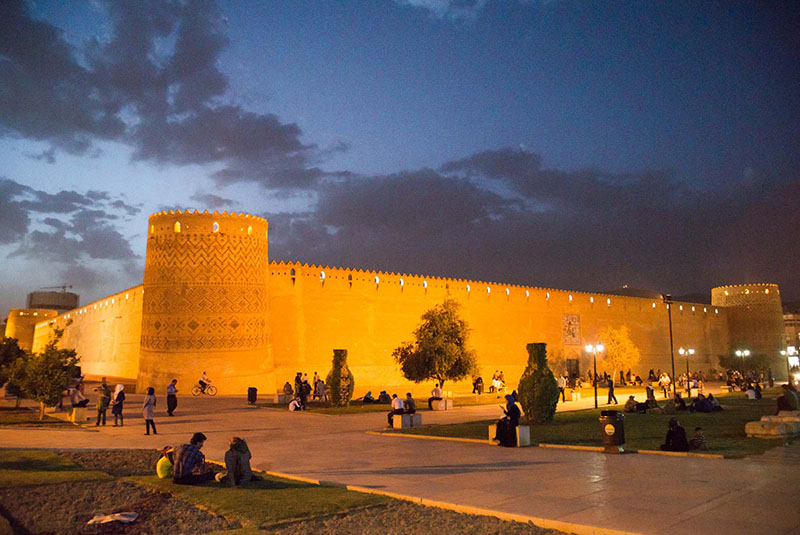 The Citadel is situated at the of Shiraz at Shahrdari Square and covers an area of 4,000 meters square. The citadel is walled all around and the four walls connected to each other by brick towers with 14 meters height. Walls have 12 meters in height, and 3 meters in width at the base and 2.8 meters at the top.

The architecture of the building brings a combination of military and residential architecture usage in mind, as it was the residential place of Karim Khan and the military of the dynasty. The tile works at the entrance gate of the citadel were added during the Qajar Dynasty.

Vakil Mosque is located on the western side of the entrance of Vakil Bazaar. The mosque was built during Dynasty between 1751 and 1773 and covers an area of 8,660 meters square.

The mosque constructed for public use so ordinary people could do their daily religious duties and say their prayers. Different parts of the mosque include the entrance, a corridor, a yard, a large seraglio, a winter seraglio, an altar, an Islamic marble pulpit, two verandas, and a pearl arch.

Unlike most of the mosques in Iran with four iwans, this mosque has only two iwans which are located on the northern and southern sides of a large court. The decoration of iwans is typical polychrome tiles known as tiles which are the symbol of art and architecture of Zand Dynasty in the 18th century.

The Shabestan (prayer hall) covers an area of approximately 2,700 meters square with 48 monolithic pillars carved in spirals, each with a capital of acanthus leaves.

One of the most interesting items in this mosque is its Menbar which is built out of a solid piece of green marble with 14 steps. The plethora of exuberant ornamental floral tilework is mostly from the Qajar Dynasty when the mosque was renovated.

Vakil Bazaar was originally built in the 11th century to make Shiraz a prominent trading for tourists and merchants as well as locals. It was completed by Atabaks of Fars and renamed after Karim Khan in the 18th century.

The bazaar with beautiful architecture is a roofed bazaar with a gorgeous vaulted brick ceiling (that regulates its temperature in different seasons). 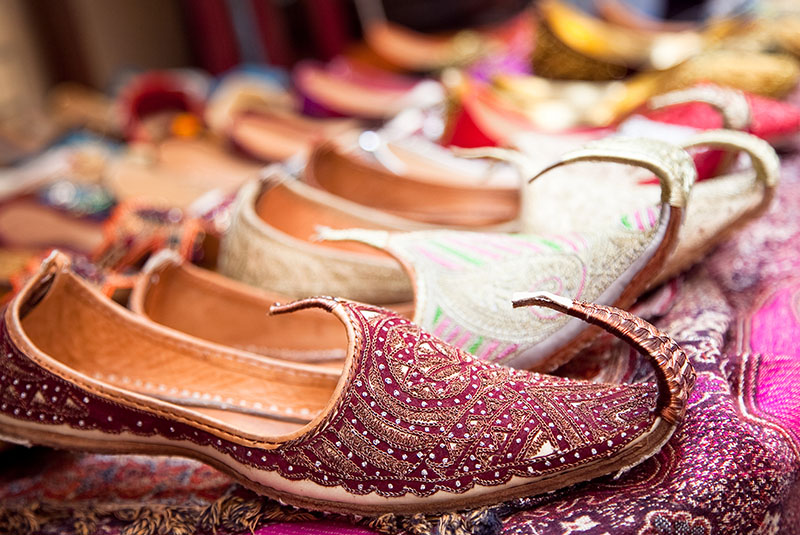 From the main entrance, different routes heading out into paths, each housing from 10 to 46 vaults, each vault with two or more shops. Vakil Bazaar was an important trade during the Zand Dynasty with the whole process occurred at the place, in addition, it was a safe place for merchants to store their goods. Currently, a wide range of shops is available at the bazaar, selling different types of spices, hand-woven carpets, silver works, high-quality leather, and so many other handicrafts.

One of the most interesting section of the bazaar is Saraye Moshir at the of Vakil Bazaar which is comprised of a series of stores selling handmade and silverware.

It is very popular due to its magnificent architecture with one main entrance and two floors building. All the shops are situated around a central yard with a pond in the . The type of architecture of this place is known as an introverted method.

The last attraction to visit at this complex is Vakil Bath which was built to be used by the public. Inside the bathhouse, there are many scenes carved and stucco works depicting stories of Iran’s history, religion, and literature. The magnificent octagonal dome in the (Sarbineh), is supported by eight stone columns.

The floor of the bathhouse is covered by smooth cobblestone. However, under these stones, narrow shafts were put in place to carrying the hot water and warm air in order to warm up and retain the temperature of the building!

In order to reduce heat loss, the sunken floor levels and narrow entranceways were considered in the architecture of the bath.

The bath does not serve people with its original function. However, it is open to the public to visit status dress with traditional attire, which illustrates the process of bath-taking at the time.