There are a number of cities in Iran which are very popular for both local and international tourists, and Isfahan is on the top of that list due to its stunning bridges over Zayand-e Rood, magnificent gardens, numerous historical sites, and especially delicious cuisine and delightful desserts

addition to all the interesting sightseeing in Isfahan, trying a unique type of accommodation should not forget, when you travel to Isfahan. There are many historical houses from Safavid and Qajar era which turned to traditional hotels and gives you an authentic experience. Here, we are going to introduce Isfahan, the city with magnificent gardens as it’s popular for.

The city is located about 340 Km (211 miles) south of Tehran on the main north-south and east-west routes crossing Iran, at the foothills of the Zagros mountain range. The city is 1,590 meters (5,217 ft.) above sea level. Abyaneh village and Kashan are the areas that you can visit if you travel to Isfahan from Tehran over the road. 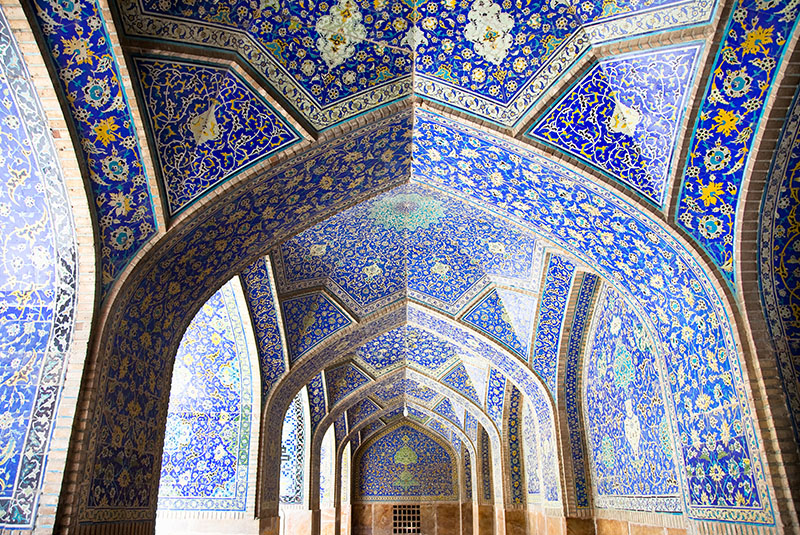 Despite the high altitude of Isfahan, the city remains hot during the summer, with temperature normally around 35 °C (95 °F). On the other hand, considering its low humidity and moderate temperatures at night, the climate is quite pleasant. During the winter, days are mild while nights can be very cold. It is usually snowy in winters.

Unfortunately, the same as every industrial, and populated cities around the world, Isfahan faces with air pollutions issues, especially during fall and winter.

According to the census in 2016, there are about 2 million people who live in the urban area. However, in addition to people live in the metropolitan area, which is about another four million people, the total population of the city is around six million. As a result, Isfahan is the third most populated city in Iran after Tehran and Mashhad.

So many ancient prehistoric artifacts were discovered in this city dating back to the Paleolithic period. The strategic location of Isfahan made the city as important as a military center in ancient Persia. "Isfahan" is derived from Middle Persian Spahan. In Ptolemy's Geographia it appears as Aspadana, which means "place of gathering for the army".

Once Cyrus the Great (reg. 559–529 BCE) had unified Persian and Median lands into the Achaemenid Empire (648–330 BCE), the religiously and ethnically diverse city of Isfahan became an early example of the king's fabled religious tolerance. 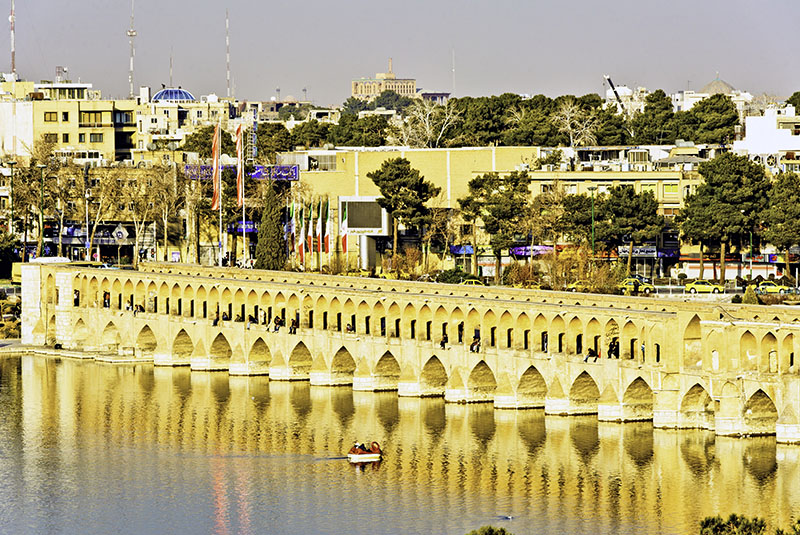 The Parthians in the period 250–226 BCE continued the tradition of tolerance after the fall of the Achaemenids, fostering the Hellenistic dimension within Iranian culture and the political organization introduced by Alexander the Great's invading armies. Under the Parthians, Arsacid governors administered the provinces of the nation from Isfahan, and the city's urban development accelerated to accommodate the needs of a capital city.

When the Arabs captured Isfahan in 642, they made it the capital of al-Jibal ("the Mountains") province, an area that covered much of ancient Media. Isfahan grew prosperous under the Persian Buyid (Buwayhid) dynasty, which rose to power and ruled much of Iran when the temporal authority of the Abbasid caliphs waned in the 10th century. The Turkish conqueror and founder of the Seljuq dynasty, Toghril Beg, made Isfahan the capital of his domains in the mid-11th century; but it was under his grandson Malik-Shah I (r. 1073–92) that the city grew in size and splendor.

In the 16th and 17th centuries, thousands of deportees and migrants from the Caucasus, that Abbas and other Safavid rulers had permitted to emigrate en masse, settled in the city. So now the city had enclaves of Georgian, Circassian, and Daghistani descent.

During the Safavid era, the city contained a very large Armenian community as well. As part of Abbas's forced resettlement of peoples from within his empire, he resettled as many as 300,000 Armenians) from near the unstable Safavid-Ottoman border, primarily from the very wealthy Armenian town of Jugha (also known as Old Julfa) in mainland Iran. In Isfahan, he ordered the foundation of a new quarter for these resettled Armenians from Old Julfa, and thus the Armenian Quarter of Isfahan was named New Julfa. Today, the New Jolfa district of Isfahan remains a heavily Armenian-populated district, with Armenian churches and shops, the Vank Cathedral being especially notable for its combination of Armenian Christian and Iranian Islamic elements.

The city becomes the center of art and commerce (especially in carpet, textile and silk productions) during Safavid dynasty, therefore most of the buildings and monuments in the city dated back to that era. 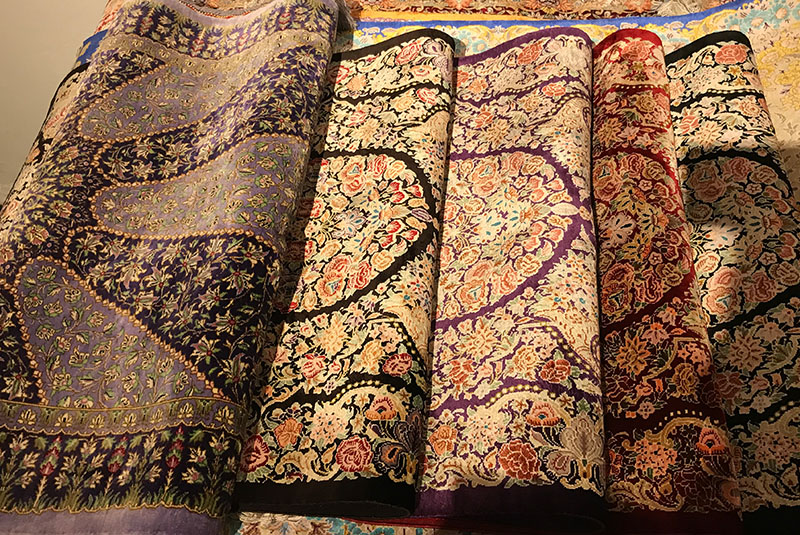 In the 20th century, Isfahan was resettled by a very large number of people from southern Iran, firstly during the population migrations at the start of the century, and again in the 1980s following the Iran–Iraq War.

Among all beautiful and magnificent places to visit in Isfahan, there are some of them which can be considered as a must-see. The first one is Naqsh-e-Jahan Sq. (Image of the world) or Imam Sq. as its current named. There is a two-story bazaar all around the square which makes it one of the biggest closed bazaars in the world. The Ali Qapu palace, the Sheikh Lotfallah Mosque, and the Imam Mosque are situated in different sides of this magnificent bazaar. The square, and all the monuments which were built by Shah Abbas I, around 1612 were listed in the UNESCO’s World Heritage Site in 1979.

It is said that a travel to Isfahan is not completed without visiting Masjed-e Jame of Isfahan. The mosque made an evolution in the architecture of the mosques in Iran which is also a prototype for later mosque designs throughout Central Asia.

One of the cultural properties of Iran which are listed in UNESCO’s World Heritage Site is Persian Garden. There are nine gardens in Iran considered as Persian Gardens and the Chehel Sotoun Palace which was built during the Safavid era is one of those.

Isfahan is also well-known for being the center of handicrafts, such as the art of Enamel (Minakari), Inlaid Work (Khatam), Engraving (Qalam-Zani), Isfahan Calligraphy, Isfahan miniature, and carpet weaving.

There is also some great local cuisine in the city, on top of those is Beriani (Grilled lamb served with walnut and cinnamon powder in local bread) and Khoresht-e mast (Yoghurt stew – A sweet pudding made of yogurt and lamb with saffron, sugar and orange zest). Gaz and Poolaki are also the most popular sweets from Isfahan.