Top 9 Places to Visit in Isfahan

Isfahan is one of the most magnificent cities in Iran with lots of beautiful and historical sites to visit. There are numerous palaces, bridges, mosques, and bazaars in the city which for sure no tourists have enough time to visit all of those. In this article, we are going to introduce the best places to visit in Isfahan to make sure that you do not miss any

Naghsh -e Jahan Square (Naghsh stands for Image and Jahan for the World), is situated at the center of Isfahan city. The Square with a Bazaar, a Palace and two Mosques listed as UNESCO's World Heritage Sites in 1979. It is impossible to find a cultural tour to Iran without visiting this magnificent square. 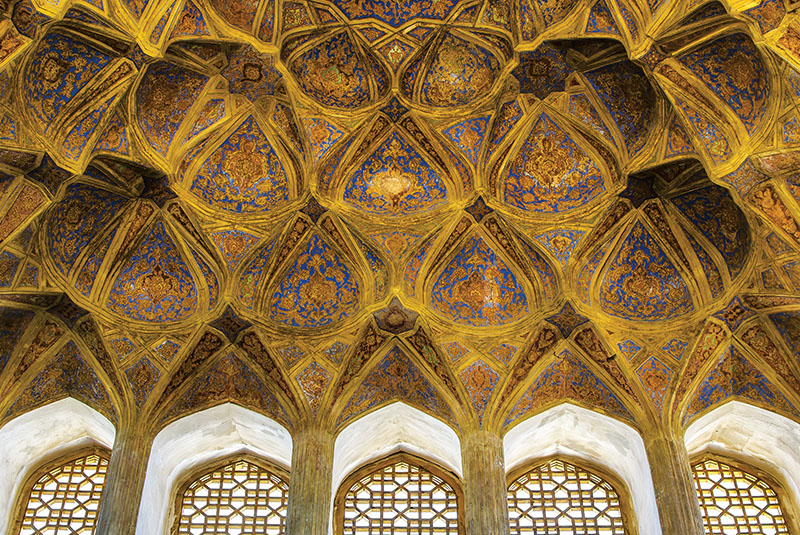 The square is surrounded by two floors Bazaar, Shah Mosque on the south side of the square, Ali Qapu Palace on the west side and Sheikh Lotf Allah Mosque on the east. There are several gates around the square, however, the main entrance is the Keisaria gate on the northern side. The reason to choose this gate as the main one is the great view you will have when entering the Naghsh -e Jahan square.

The garden was built to be used as the royal pavilion, at the end of the sixteenth century by Shah Abbas the second. It has a pavilion with 20 columns which is popular as the “Forty ” garden cause the number forty is a symbol of a large number in Iranian culture.

The Chehel Sotoun Palace is among the nine gardens which are collectively registered as one of Iran’s registered World Heritage Sites under the name of the Persian Garden.

The Great Hall is a gem which is decorated with frescoes, miniatures, and ceramics. The two middle frescoes represent the great battles of the Safavid era including the armies of Shah Ismail do battle with the Uzbek, and Shah Abbas II welcomes King Nader Khan of Turkestan with musicians and dancing girls.

On the wall opposite the door, from right to left, Shah Abbas I presides over an ostentatious banquet; Shah Ismail battles the janissaries of Sultan Selim; and Shah Tahmasp receives Humayun, the Indian prince who fled to Persia in 1543.

It is said that travel to Isfahan is not completed without visiting Masjed-e Jāmé of Isfahan. The mosque made an evolution in the architecture of the mosques in Iran which is also a prototype for later mosque designs throughout Central Asia. 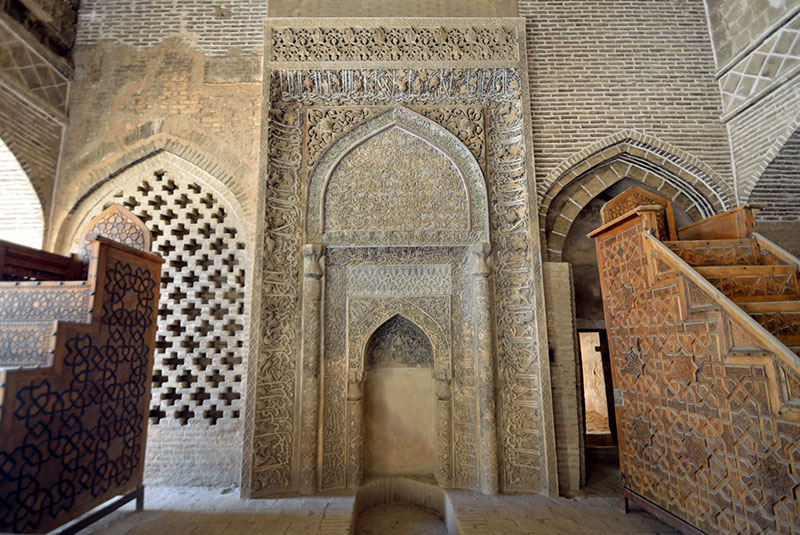 The building that is currently used as a mosque is the result of continual construction, reconstruction, additions, and renovations from 771 the end of the 20th century.

The mosque is one of the oldest standing ones in Iran, which was built with four-iwans with all of them built face to face. Iwan is actually, an open room with a view the sky. The biggest Iwan is the one faced to Qibla with beautiful muqarnas on the walls which was done during the 13th century.

The Hasht Behesht Palace (Hasht stands for eight, and for Paradise), was built in the center of Baghe Bolbol (The Nightingale Garden) in the 1660s during Shah Suleiman Safavid kingdom. The palace was decorated with new styles of stucco work, stained glass and mirror . The Palace was renovated by Fathali Shah Qajar in the 19th century to be used as a residential palace by Zele Sultan (Fathali Shah’s son).

The structure has an octagonal shape which is repeated in every room of the palace.

The Khaju Bridge is one of the historic bridges which was built around 1650, under the reign of Abbas II, over the Zayanderud. The bridge serves as both a bridge and a weir that links the Khaju quarter on the north side with the Zoroastrian quarter across the Zayanderud. It is also served a primary function as a building and a place for public meetings. The bridge has 23 arches with 133 meters’ length and 12 meters wide. It was originally decorated with tilework and paintings. 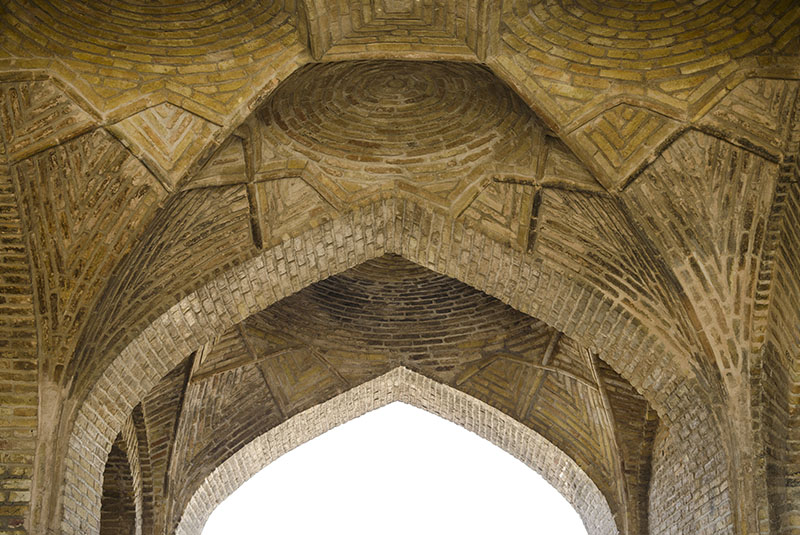 The mausoleum of Arthur Pope and his wife Phyllis Ackerman is situated nearby.

The Allah- Khan Bridge which is mostly known as Si-o--pol is the largest bridge over the Zayanderud. The bridge was built in the early 17th century which is one of the most famous examples of Iran's Safavid architecture.

The bridge was built to serve as both a bridge and a dam. It connected the mansions of the elite, as well as a link to the city's vital Armenian neighborhood of New Julfa.

The Isfahan Music Museum is a newly built museum in the Armenian Quarter in Jolfa which exhibited a fine collection of more than 300 traditional Iranian instruments which are belonged to the past 20 years. The museum regularly hosts live performances by renowned folk musicians. By visiting the museum, you not only learn about music but also about Iran’s history and culture

The Holy Savior Cathedral is a cathedral located in the New Julfa district in Isfahan. The Cathedral is known as the Vank Cathedral which means "monastery" or "convent" in the Armenian language. The cathedral was constructed in 1606 for Armenian people who resettled by Shah Abbas I in this district due to the Ottoman War from 1603 till 1618.

The interior is magnificent which is covered with fine frescos and gilded carvings. The delicately blue and gold painting of the central dome depicts the Biblical story of the creation of the world and man's expulsion from the Eden. The ceiling above the entrance is painted with delicate floral motifs in the style of Persian miniature.

The Menar Jonban (Shaking Minarets) was during Ilkhanid Dynasty, at the time of the late King Oljaitu as a mausoleum for “Amu Abdullah” who was a mystic and ascetic in Ilkhanid era. Some archeological studies show the minarets were added to the mausoleum later. Safavid scientists added two minarets on the mausoleum as two unique structures. The monument is a notable feature because when one of the minarets is shaken, the other minaret will shake the same time as well.