“Iranian love for trees and flowers has gradually turned into an eternal love which has manifested itself in Persian Gardens”.(Arthur Pope)

The nine gardens in Iran as the symbols of Persian Gardens concept, listed as World Heritage Sites of UNESCO in 2011. Persian gardens dated back to different periods and located in as many provinces all over the country. A trip to Iran is not done without visiting at least one of Persian gardens.

The idea of the Persian Garden was raised in the Achaemenid Empire, spread through Persian literature, and other cultures such as Hellenistic gardens of the Seleucid Empire, and Ptolemais in Alexandria. The word in Avesta is called pairidaēza which means a walled garden, to provide a protected relaxation area. 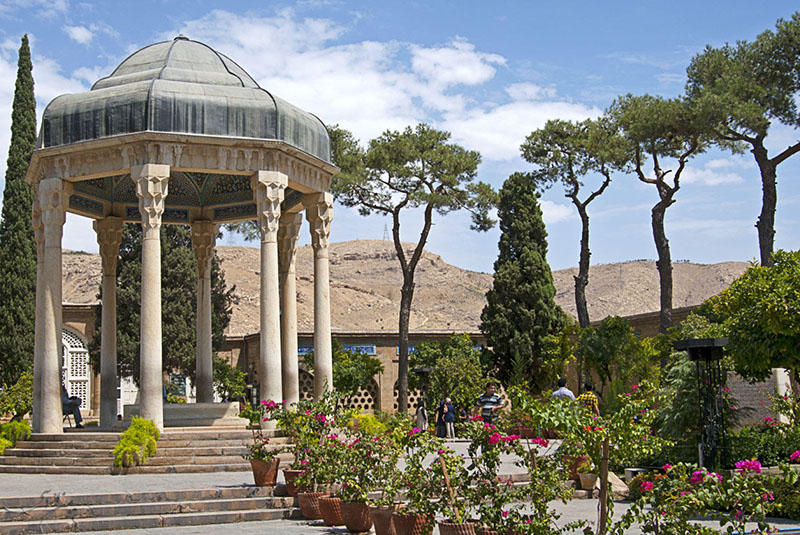 During the Sasanian Empire, while Zoroastrian wat the religious of the country, water become magnificently important in the empire and therefore fountains, and ponds added to the gardens.

The influences of Islam, turned the gardens to Chahar Bagh (Chahar stand for four, and bagh for the garden), as a result, you can see four rivers and four quadrants in every Persian garden. This style of garden is a representative of the World.

Later, during the invasion of Persia by the Mongols, the structure of Persian gardens had some changes, as an example, tree peonies, and chrysanthemums added to the plantation of the gardens.

During the Safavid dynasty, the Persian Gardens concept flourished, and developed, and extended to be part of their palaces.

Studies show that these gardens usually have some similar elements in the concept. Here we are going to talk about these characteristics.

All Persian gardens are fenced or walled around. This item is not only in the gardens but can be seen as an important feature of many architectures. The walls have two functionalities. First, they create a boundary and protection. They also act as an interface between the dry hot outer area and the green, shady, and semi-paradise inner area.

Similar to traditional houses, mosques, and schools, the entrance to the gardens occur from a completely public area to a semi-public one, and then to the private section. As a result, to enter the garden, people needed to pass a hierarchy of sections from the lintel into an octagonal space called “Hashti”, and then to the main axis, and the pavilion.

Various aspects of symmetry can be found in the design of open spaces, palaces, planting, and trees, especially along the garden axes.

Regulation and design of garden elements such as the type and location of the vegetation, use of fountains and ponds, flooring and design of the walls around the gardens all have great harmony.

The palace garden of Cyrus the Great at Pasargadae, dated back to 550 BC. It has two small pavilions, and it is likely to planted with cypress, pomegranate, and cherry.

The garden was structured in the nineteenth century with the typical elements of its period. It is managed by the botany department of Shiraz university currently. 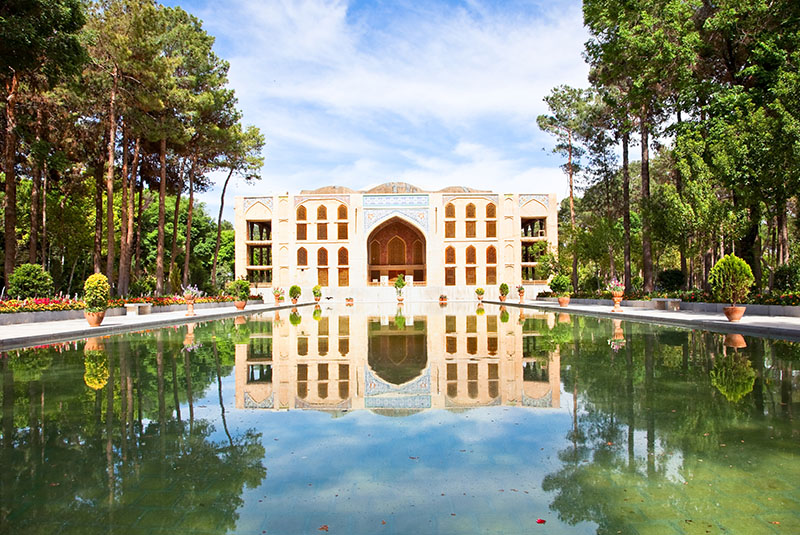 The garden was built to be used as the royal pavilion, at the end of the sixteenth century by Shah Abbas the second. It has a pavilion with 20 columns which is popular as the “Forty column” garden cause the number forty is a symbol of the large number.

The garden was first built by Shah Abbas the first, and later some parts added to the area in the nineteenth century during the Qajar dynasty. The garden receives its water from a spring and a qanat at the end of the garden.

The garden is located in the middle of the forest with a large lake in an area of about 10 hectares. It is believed that the garden was built by Shah Abbas Safavid.

The garden was built by the governor of Kerman in the 1890s. It has a rectangular shape with a pavilion and a central canal.

The garden was built for private usage of governor family. The pavilion has a Windcatcher which is the tallest one in the World. 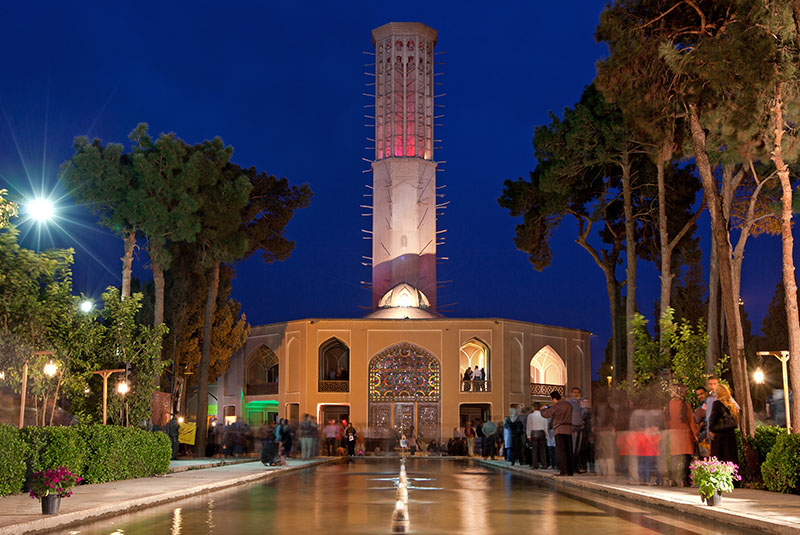 The garden architecture is one of the kind with an especial combination of nature and art. It was built during the Qajar dynasty, with an architectural style of the Zandieh era.

The garden was built during the Qajar dynasty, with a two floors mansion by Shokat al-Molk. The garden covers an area of 45,069 square meters.