Tehran as the capital city of the country is home to a number of museums. Among all of them is the Reza Abbasi Museum which is well-known for its magnificent collection. Having a number of items from different periods, since the second millennium BC till the middle of the 20th century, makes Reza Abbasi Museum one of the magnificent and richest historical museum in Iran. It sometimes called “the little national museum of Iran”.

All the items are exhibited in the chronological order in three stories. The pre-Islamic items are on the third floor, Islamic Arts on the second floor, and finally painting pieces (Negar Gari), calligraphy, and temporary display on the first floor. This type of exhibition makes it possible for you to understand the evolution of Persian art throughout the museum. So it is highly recommended to start your visit to the museum on the third floor. Initially, in September 1977, the Reza Abbasi Museum was opened under the order of Queen Farah Pahlavi and was named after a prominent Iranian painter who was born in Kashan. Due to the changes in its internal decorations and further expansion of its exhibition space, it was closed a year later. During the next eight years, it was opened and closed many times following the obstacles. Finally, in the year 2000, it was opened under the management of the Iranian Cultural Heritage Organization.

The collection at Reza Abbasi Museum

It is said that more than fifty thousand items are stored at the museum, but only 700 of them exhibited randomly. The items that are collected in this museum belong to different periods from the 2nd millennium BC to the early 20th century which is the same time as the end of the Qajar period. However, the museum is famous particularly for its Islamic section.

The Reza Abbasi Museum is unique in the arrangement of its items since they are arranged chronologically, so visitors can have a chance to observe the development of art, culture, and technology during this time interval. The objects exhibited in this museum include artifacts made of baked clay, metal, and stone from the pre-historic times to pottery and metal objects, textile and lacquer painting belonging to the Islamic period. Other artworks on display in the RAM are paintings on canvas and paper, manuscripts, and jewelry from the pre-Islamic period, besides art and technology and calligraphy works of the Islamic period. 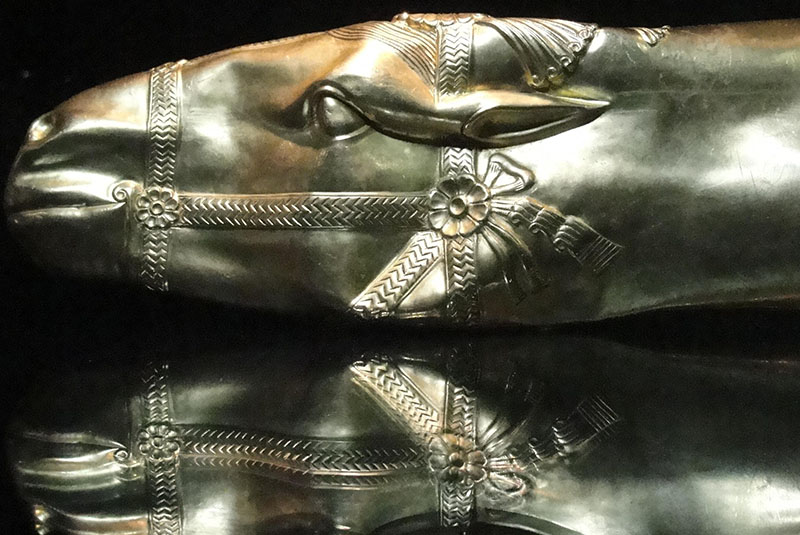 One of the most famous items at the museum is the oldest copy of Great Mongol Shahnameh by Ferdowsi. In addition, there are the best collection of bronze works in the world. Bronzes from Lorestan are spectacular due to their modern usage for the time of their production. There are a number of items of this series at the Louvre Museum, but still, you will find some interesting examples of these artifacts on the pre-Islamic part of the museum.

There is a library with more than 10,000 Persian, English, French and German books which is open to the museum curators, the staff of Cultural Heritage Organization, universities students and researchers. Most of the books have a subject in history art, archaeology and classical paintings of Iran. In addition, there are also 50 different Persian and 60 foreign magazines, and 90 different newspapers at the library. There is no book loan service at the library.

With two laboratories and workshops for the conservation of painting, metal items and manuscript books, the Conservation Department has considered as one the most advanced conservation workshops in the country.

The Publication Department has published valuable references on Iranian artistic legacy. The following titles are available online at www.chf-iran.com.

1- The Art of the Achaeminians, , and Sassanians.

2- Lorestan Brass and Metal Objects from the Islamic Period.

3- A Collection of Iranian Arts, from the 2nd Millennium to 6th Century BC.

4- A Collection of Iranian Miniature and Calligraphy, from the 8th to late 12th Century AH.

5- An Introduction to the Art of Iranian Tilework.

Closed on Mondays and Public Holidays