2 Towers of Tehran, the old and modern symbols of the capital city

Sometimes, when you are looking at a picture on a website or a travel magazine, you recognize the place in a second and guess the name of it.

When it comes to Tehran, there are two towers that without any doubt are recognizable for almost everyone, especially the ones who have been to Iran or planning to travel to Iran. Azadi Tower and Milad Tower are the old and modern symbols of the capital city. Here, we are going to briefly introduce both towers and explain why they have become the symbols of the capital city.

When Mehrabad Airport was the international airport in Tehran, the inverted-Y-shaped Azadi Tower welcomed all visitors. Shahyad Tower, which name changed to Azadi Tower (Azadi stands for Freedom in Farsi) after Iran's Revolution in 1978, remains one of the symbols and most iconic landmark of Tehran. If you are traveling to Tehran by a domestic flight, you will have the chance to see the tower through a bird’s-eye view.

The History of Azadi Tower

In the 1960s, Iran became a major oil-exporting country. As a result, Mohamad Reza Shah Pahlavi launched programs in order to modernize and industrialize the country. One of the programs was the cultural growth and an architect named Hossein Amanat describes that period as "a mini-renaissance". In 1966, Amanat won a competition to design a building to be the symbol of Tehran and paying tribute to the 2,500th anniversary of the Persian Empire.

The monument, formerly known as the Shahyad Tower, was completed in October 1971. However, it was not until January 1972 that the tower was open to the public. The iconic Martyrs' Memorial in Algiers, which was built in 1982, shows a strong influence by this monument.

The Architecture of Azadi Tower

Amanat told the BBC World News in an interview that “he was inspired to design the tower in this way because he felt that Iran should be moving towards a higher level”. 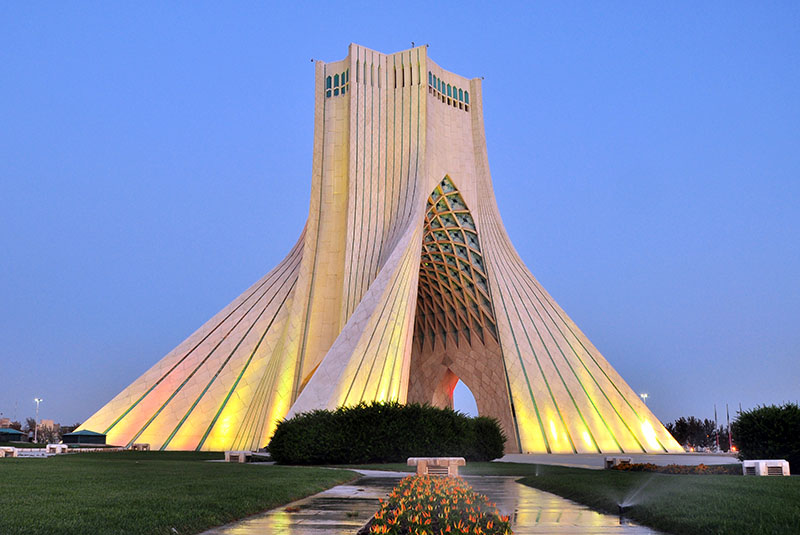 Combining elements of both pre- and post-Islamic architecture, the 165ft (50-meter) tall skeleton is clad in 8,000 blocks of white marble from Isfahan that are cut into various geometric patterns. The stones were all located and supplied by Ghanbar Rahimi, whose knowledge of the quarries was second to none and who was known as "Soltan-e-Sang-e-Iran" (King of Stone in Iran).

The tower marks the west entrance to the capital city and stands on a 540,000sq ft. (50,000sq meter) the cultural complex is known as Azadi Square, which integrates principles of the traditional Persian Garden through its immaculately landscaped lawn, pristine flowerbeds, and streaming fountains.

The entrance of the tower is directly underneath the main vault and leads into the Azadi Museum on the basement floor. The black walls, the pure, sober lines, and the proportions of the whole building create an intentionally austere atmosphere. Four elevators and two staircases (286 stairs) take you to the top of the tower from where you can see extensive views of Tehran.

The Museum of Azadi Tower

In the basement of the tower, there is an impressive museum divided into two rooms. The first one contains pottery and glassware from prehistoric through to Islamic Iran as well as bronze artifacts dating back to the 1st and 2nd centuries BC excavated from Lurestan Province. Among the earliest items on display were square flagstones, gold sheeting, and terracotta tablets from Susa covered with cuneiform characters.

The place of honor is occupied by a copy of the Cyrus Cylinder (the original is in the British Museum). A translation of the cuneiform inscription on the cylinder is inscribed in golden letters on the wall of one of the galleries leading to the museum's audio-visual department.

The second room at the museum contains photographs and models depicted traditional life from different parts of Iran.

If you are planning to travel to Tehran and have the interest to visit this tower and amazing museum, it is very easy to get to the monument by metro. You just need to take line 4 to the Meydan-e Azadi station (Azadi Square). The tower is just in a few minutes-walk.

Closed on Saturdays and Public Holidays

Since its construction, the Milad Tower became the modern symbol of Tehran. It is the sixth tallest tower and the 17th tallest freestanding structure in the world. This place is a multi-purpose tower and a great cultural spot as it holds conferences, concerts, exhibitions, and galleries in itself all-round the year.

The tower is a part of a complex called International Trade and Convention Center of Tehran. The complex includes a five-star hotel, a convention center, a world trade center, and an IT park. 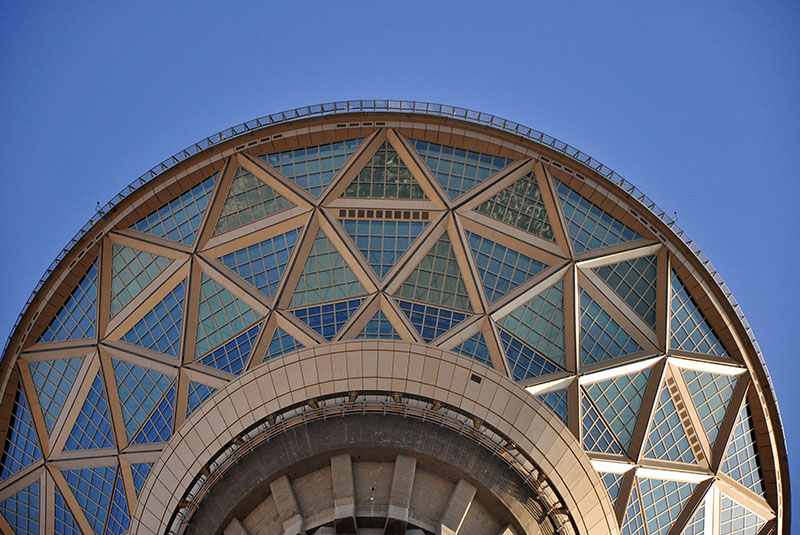 The Architecture and Construction of Milad Tower

Construction of the tower was commenced in 1997. Upon completion of its 11-year-long construction in 2008, the Milad Tower was considered the 4th tallest free-standing telecommunication tower in the world. The tower was officially opened on 20 February 2009 by the 55th Mayor of Tehran, Mohammad-Bagher Ghalibaf, and members of the City Council of Tehran. More than 250 local and foreign journalists were covering the event.

The design of the project was conducted by Dr. Mohammad Reza Hafezi since he has been known as the architect and the head of design of the project. The tower was built by Boland Payeh Company as the general contractor and customized by Yadman Sazeh Company, the representative of the Tehran Municipality as the main client and investor.

Milad Tower, with its height of 435 m, is the tallest tower in Iran. It consists of five main parts, including the foundation, transition (lobby) structure, shaft, head structure, and the antenna mast. 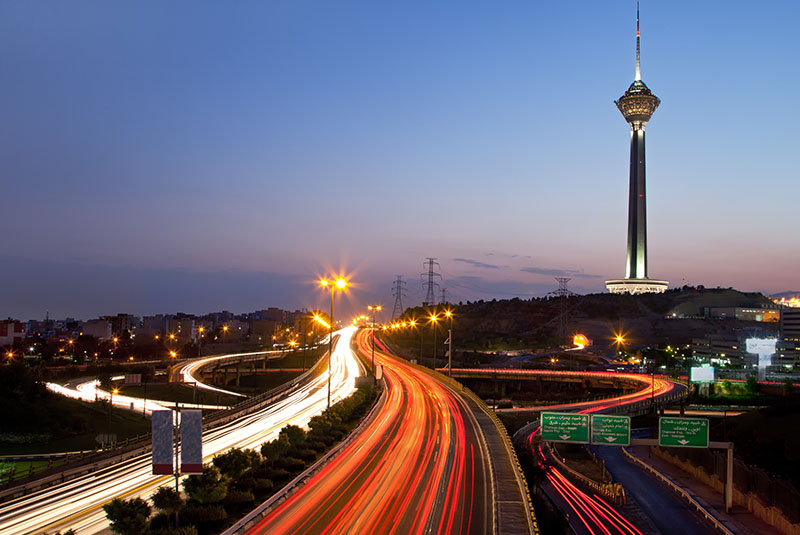 The shaft is a concrete structure which is 315 m-high from the ground floor. In three different sides of it, 6 elevators are used to transfer the visitors to the head of the tower.

The head of the tower is a steel structure weighing about 25,000 tonnes and consisting of 12 floors. In the top floors of the tower, fire-immune areas were built as a refuge zone, a closed observation deck, a cafeteria, a public art gallery, an open observation deck, a revolving restaurant, telecommunication floors, a VIP restaurant, mechanical floors, and a skydome.

The four-stage antenna mast is 120 m-high. The lower floor of the mast is for the adjustment of public users’ telecommunication antennas and the three upper floors are devoted to the antenna of radio and television organization of the Islamic Republic of Iran.

Best Activities to do at Milad Tower

A number of activities can be done at Milad Tower. Here is the list of what you can do in this place:

From the observation deck of the tower, you can often see for miles around, making it a perfect spot for some photography, especially at the sunset.

The Tehran Dolphinarium which was opened in 2015 has entertained customers for the past few years with daily shows.

Milad Tower is also home to only Iran’s Madame Tussauds-like museum of waxworks.

Several events, festivals, and concerts take place at Milad Tower all around the year. One of the most famous and popular ones is Norouz Festival which usually takes place from the 20th of March for two weeks.

The Revolving Restaurant at the top of the tower is one of the best restaurants in the city which also offers you a spectacular view of the city.

The “Work & Play” center for children ages 2 to 13, just opened in March 2018. The center allows children to learn about several jobs including being a mechanic, policeman, airline pilot and much more.