National Museum of Iran, the oldest and most important one

National Museum of Iran is in the top 10 list of museums in Tehran according to tripadvisor.com, and actually the first choice of every traveler who has an interest in architecture, archeology, and history

National Museum of Iran is actually the oldest and most important one in Tehran and exhibit a great collection of amazing items belonging to the last thousand years. Thus visitors of the museum can follow up the whole history of Iran – from Stone Age to the 20th century. Due to the location at the heart of the old part of Tehran, it is very accessible and easy to include the museum to a daily Tehran tour. The National Museum of Iran and Azerbaijan Museum in Tabriz are considered the oldest museums of Iran. 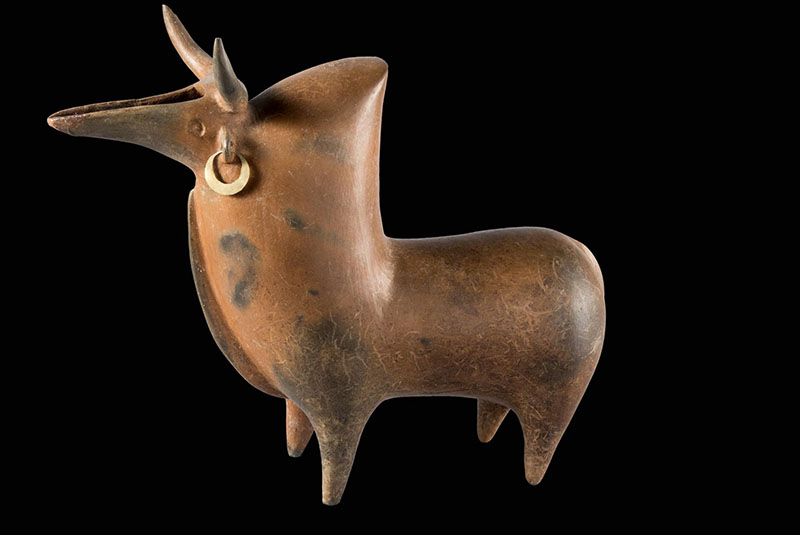 In the following, we are going to introduce this unique and amazing museum in detail and talk about architecture, different sections, and collections at the museum.

History of National Museum of Iran

In 1929, following the ratification of the law on the preservation of national artifacts, the Anjoman-e Asar-e Melli (the National Community) was founded and, and to assure the protection of Iranian historic objects, the French architect André Godard, later the director of Iranian archaeology, began planning construction of the Iran-e Bastan Museum.

In 1934, construction of the National Museum of Iran began in two sections and finished in 1937, The museum does not only constitute the largest museum of Iranian archeology and history but also ranks among the few great museums of the world with regards to volume, quality, and diversity of its collections.

The National Museum of Iran comprises two sections, housed in separate buildings: the Iran-e Museum, inaugurated in 1937, and the Islamic Period Museum, opened officially in 1996. 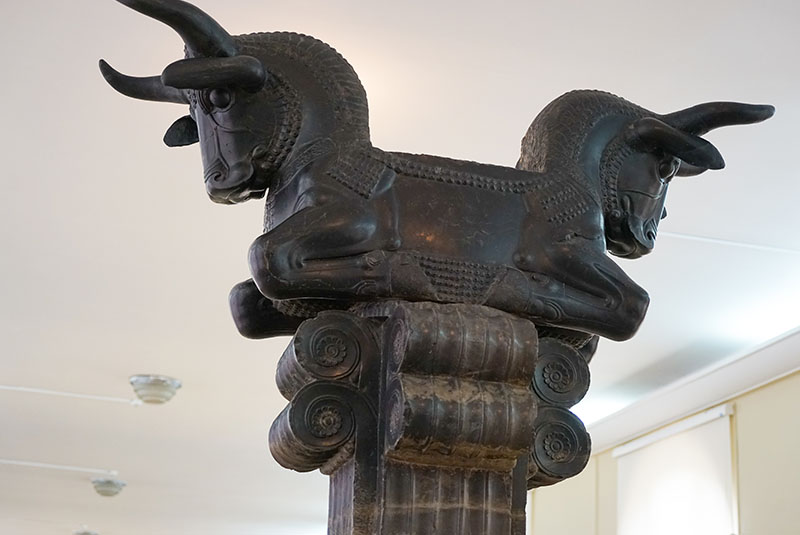 The oldest item exhibits at the museum back to 600,000 years ago. Various objects unearthed in past years undergo scientific research in the museum’s laboratories located on its basement floor, before being transferred to the exhibition halls. All the objects on display in this museum have been systematically unearthed and chronologically displayed. So, the site of it excavation is completely clear. It’s worth to mention that no object has been bought to be exhibited in this museum.

The architecture of National Museum of Iran

There are two buildings at the National Museum of Iran, the Museum of Ancient Iran was designed by French architects André Godard and Maxime Siroux in the early 20th century. The design and was influenced by Sasanian vaults, particularly the Taq Kasra at Ctesiphon, Iraq. In 1935, the construction began uses red bricks in an area of about 11,000 square meters (13,000 square yard) and was completed within two years by Abbas Ali Memar and Morad Tabrizi. The building consists of two floors, and its halls contain artifacts and fossils from the Lower, Middle, and Upper Paleolithic, as well as the Neolithic, Chalcolithic, early and late Bronze Age, and Iron Ages I-III, through the Median, Achaemenid, Seleucid, Parthian, and Sasanian eras. 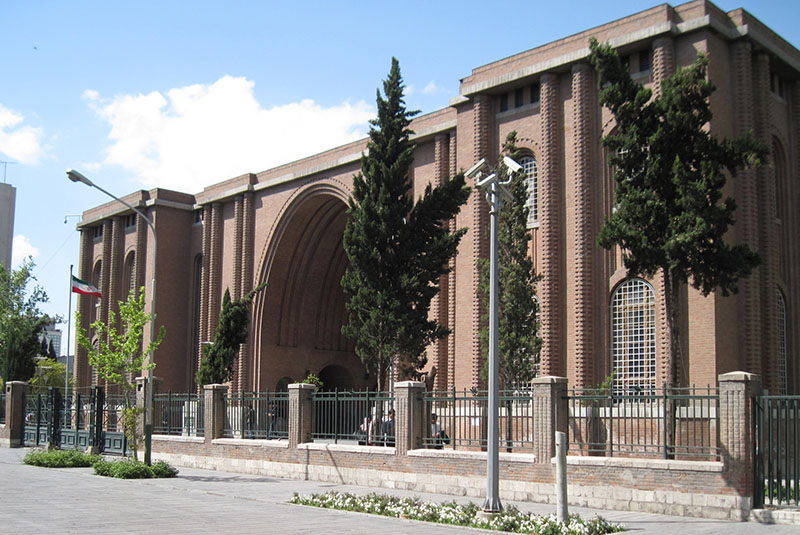 The other building which is the Museum of Islamic Era, has a modern design, with white travertine and dark colonnades material used in the entrance. The complex consists of three floors, and exhibits various pieces of pottery, textiles, texts, artworks, astrolabes, and adobe calligraphy, from Iran's post-classical era.

Prehistory Section at the Museum of Ancient Iran

All objects at this section of the museum belong to the Stone Age to the Iron Age. Covering a wide spectrum of materials ranging from terracotta, metal, stone, and bitumen. All the objects preserved in this section were discovered either through scientific archaeological excavations or by accident.

The oldest items here are stone blades from Kashafrood, discovered during an archaeological survey carried out in 1974-5 in Khorasan Province. Scholars have a different opinion on the age of these artifacts. Claude Thibault attributes them to an age of 800,000 to 1 million years, while others believe they belong to 600,000 and 700,000 years ago.

One of the most magnificent objects at this museum is a clay figurine named “Venus” with 6.5 centimeters height, which is the oldest artifacts reflecting the religious and spiritual thoughts of prehistoric man, discovered at Tappeh Sarab, east of Kermanshah, in 1960.

Among a number of items discovered in Khuzestan Province, from the temple of Chogha Zanbil, is a bull with 106 centimeters high and 108 centimeters long glazed terracotta statue which was installed at the temple’s gate, as its guardian.

In autumn of 1961, preliminary excavations around the village of Marlik, in Gilan province, led to the discovery of an important ancient grave, whose owner’s name and occupation could be established by the artifacts buried with the deceased. The most important object found in this region is the Golden Cup of Marlik, decorated with patterns of winged bulls with 17.5 centimeters high and has a diameter of 14 centimeters.

Historic Period at the Museum of Ancient Iran

This section exhibits objects from the Achaemenian, Seleucid and Sasanian periods, and a unique relic of the Parthian period is the partial bust of a man, discovered accidentally in 1993, together with several pieces of bone, a boot—with its owner’s leg inside it—a whetstone, a few clay pots, an iron knife, a silver pin, woolen trousers, a few pieces of cloth and a walnut. Ever since it was discovered, this bust has been known as the “Salt Man.” 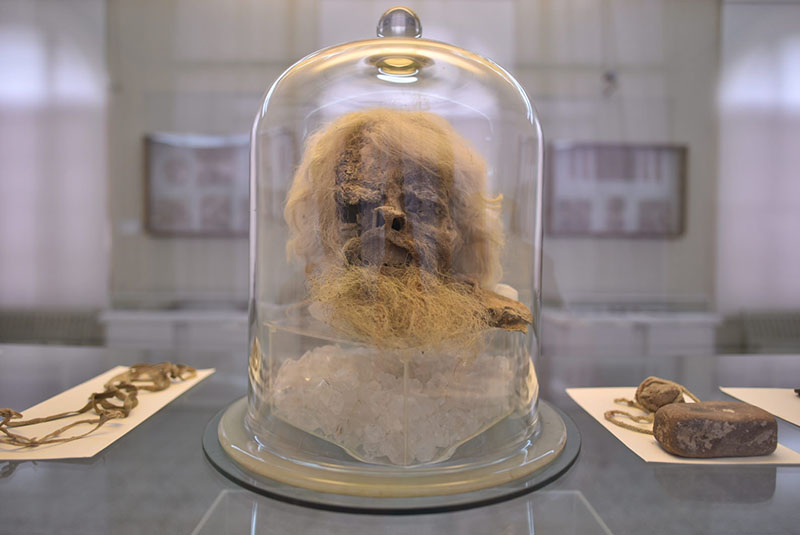 There are superb items at this section, including the Golden Cup of Marlik, the Golden Cup of Hasanloo, the Cup of Xerxes, the Golden Rhyton of Hamadan, the gold and silver plaques from the Apadana Palace, at Persepolis, the adornments discovered at Ziviyyeh, in Kordestan, and a lot of other items.

The Museum of Islamic Era

There are three floors at the building from which the ground floor is allocated to the conferences and temporary exhibitions. In the other two floors, all the objects displayed with a thematic and chronological order. To watch items through history, it is better to start from the second floor and continue with the first one. 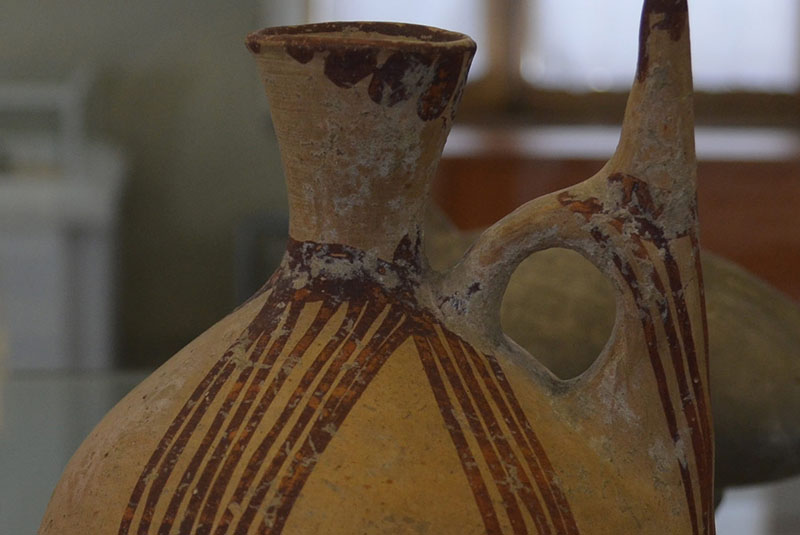