Pahlavani and Zoorkhaneh rituals are one of the Iranian traditional sports that has been practiced since ancient time.

The practice is not only known as a sport in Iran but also an inseparable part of people’s lives. Pahlevan refers to an athlete who is heroic physically and spiritually, and therefore Pahlavani sports is a symbol of chivalry and generosity.

The ritual has been nominated and selected by UNESCO as an intangible cultural heritage of Iran in 2010. It has named differently as ‘varzesh-e pahlavani’ 'heroic sport' or ‘varzesh-e bastani’ 'ancient sport'. In Iran, the first of July is known as a respected day of Pahlavani and Zoorkhaneh rituals.

Pahlavani and Zoorkhaneh rituals carry a rich ethical culture in addition to a combination of martial arts, calisthenics, state of spiritual peace and self-control in human’s body and mind with a great influential throughout the world. The rituals practices in Zurkhaneh (Zur stands for strength and Khaneh for house) which is a domed structure. 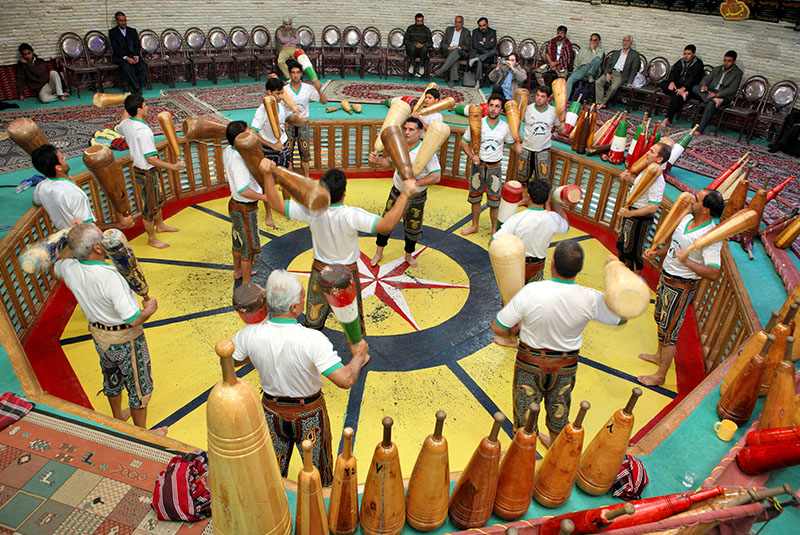 It is said that the traditional Iranian wrestling (koshti) dates back to ancient Persia. Also, it is believed that Rostam, the mythological hero of Shahnameh has been practiced koshti. Therefore, according to the historical evidence the Pahlavani rituals originated by Parthian in 132 BC – 226 AD.

After invaded of Persia by Arabs in 637 CE, people held their meetings at zoorkhaneh in order to keep alive a spirit of solidarity. The ritual flourished after the development of Sufism in the 8th century when the Pahlavani sport combined with philosophical and spiritual of Sufism.

In the 19th century, along with the Qajar Dynasty, the Pahlavani sport was very popular, and there was a competition at Shah’s court at the New Year. The champion would be given an armlet by Shah himself. During the Pahlavi dynasty, Mohamad Reza Shah attempted to revive the tradition and practiced himself.