Qom; the city with religious and natural sites

When people think about the city of Qom, they usually consider visiting two most important sites in the city; Shrine of Fatima bin Musa, and Jamkaran.

It is true that most people who travel to Qom have a religious aim, however, the city is not limited to this subject. If you give us minutes we will let you know more about the city.

During the 8th century, Fatima bin Musa; sister of Imam Reza who was the eight Imam for Shia, to Iran and died in Qom in 816. Shah Abbas Safavi built a golden-domed shrine over her tomb and therefore the place becomes a pilgrimage in the 17th century.

The other popular and important religious site in Qom is Jamkaran which is a village outside the city. The reason why Jamkaran is so well-known among Shia Muslims around the world is it’s believed that Muhammad al-Mahdi, the 12th, once appeared and offered prayers at Jamkaran. Regularly on Tuesday evenings people gather at Jamkaran to pray for the health of Imam Mahdi and ask for his help by dropping a note to the site. 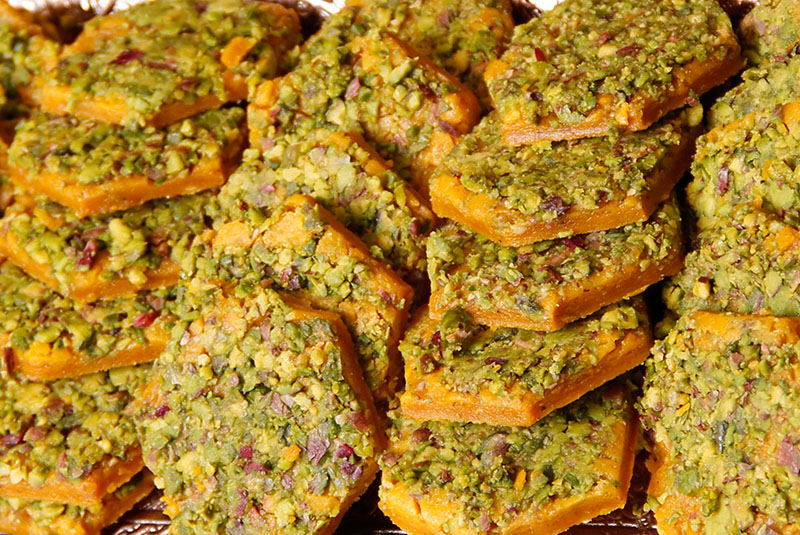 Another reason for Qom’s fame is being the largest for Shia scholarship in the world where students can learn law, philosophy, theology, and logic of Islam.

Besides to all these important items in the city, Qom is famous for a Persian toffee known as Sohan. Nowadays you can find a different type of Sohan in every shop. Some have coated pistachio, while some are mixed with Gaz.

If you like your travel to Iran to be a mixture of cultural visit and ecotourism, Qom is the city which can offer you both. About 100 km east of Qom, you can find the Salt Lake. The lake covers the total space of 1800 Km2 at an elevation of 790 m (2,590 ft.) above sea level. It is the remnant of a sea from the Pleistocene epoch. The lake has a depth between 45 to 100 .