What is the currency of Iran?

Iran is one of the most ancient countries in the world and is full of amazing historical monuments.

It can be said that all the cities of Iran have at least two ancient monuments. But before visiting this historical, ancient country, it would be better to get information about the official currency of this country and its exchange system for other currencies.

What is the Currency of Iran? 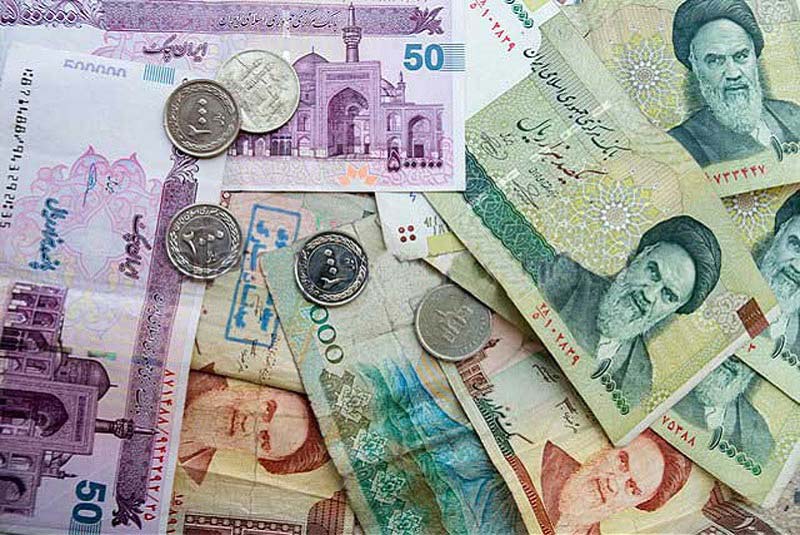 Rial is Iran's official currency name, as everyone knows. However, the populace typically uses Iranian toman as everyday life currency. 10 rials are equivalent to one Iranian toman; hence 10000 tomans are equal to 100,000 rials.

The Iranian rial is unquestionably utilized as the primary currency in precise operations like accounting, exchange transactions, and completely official written papers.

The currency signs for the Iranian rial, the country's legal tender, is IRR. The Central Bank of the Islamic Republic of Iran issues and administers the rial, a currency initially introduced in 1798 and modeled after the Spanish real.

The Iranian currency has been impacted by this transformation ever since the global economic situation, mainly the economy based on gold and oil, started to become unstable.

The fact that the rial is often cheaper than a tourist's currency makes this situation favorable for international visitors even though it is not particularly pleasant for Iranians themselves.

One Iranian rial is equal to 100 dinars, yet dinars are useless because of how little they are worth.

The IRR is represented locally by the Arabic letter (ریال). One U.S. dollar will be equivalent to around 42,158 IRR in August 2022.

While the rial was first issued in 1798, the Iranian toman was the national money from 1825 to 1930. In 1932, the rial was reinstituted. After the Islamic revolution in 1979, its value fell dramatically.

The IRR is a freely fluctuating exchange rate since it is not tied to the dollar or any other currency; to maintain a steady exchange rate, Iran's central bank imposes currency restrictions. According to reports, Iran may be drafting legislation for bitcoin and other cryptocurrencies. 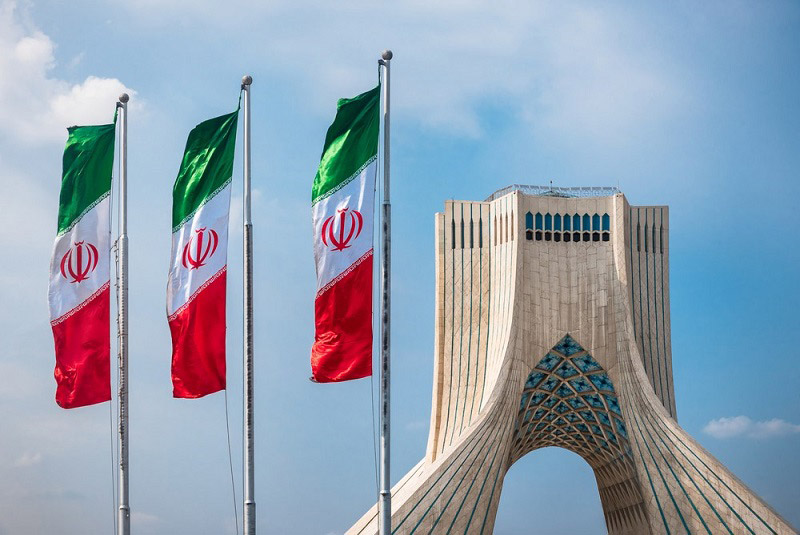 The Iranian currency (IRR) exchange rate has varied since the early 2000s, ranging from 1,700 IRR to one U.S. dollar (USD) to as high as 43,000 IRR to one U.S. dollar. However, it is not easy to convert Iranian money into dollars. Relations between the two countries are tense. The United States has been imposing trade and economic sanctions against the Islamic Republic of Iran for many years. The economy is also hampered by price restrictions, subsidies, and other strict government regulations, and corruption is pervasive. The IRR is sometimes classified as an inconvertible (non-convertible) currency, which is a legal tender that cannot be easily exchanged on the international foreign exchange market.

What is the Difference Between Rial and Toman? 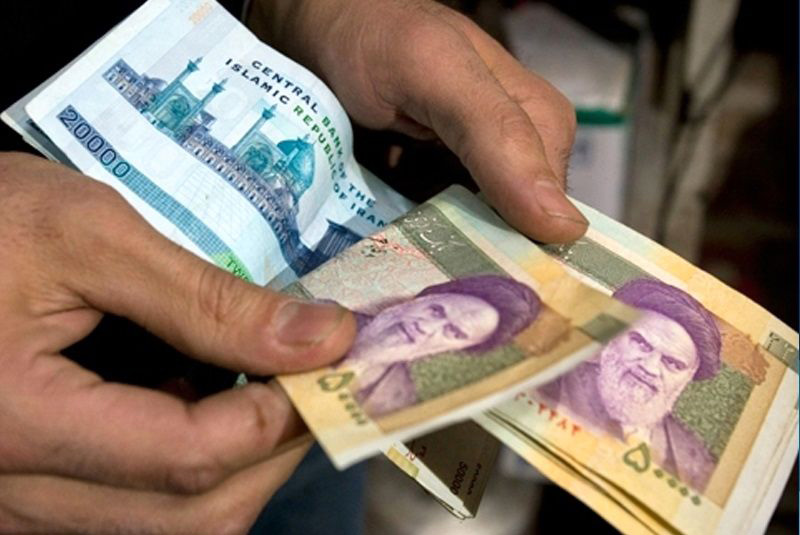 As mentioned before, although the official Iranian currency is rial, people use toman as their daily life currency. Iran is one of the few countries that has two currencies, which can make tourists a little bit confused. Let's see what the difference is between these two Iranian currencies.

Ten rials are equivalent to one toman. Due to inflation, which reduced the value of the rial compared to the dollar, there was a debate in 2020 about replacing the rial with the toman as Iran's official currency.

Iran would effectively remove zeros from its currency; one toman would be equivalent to 10,000 rials. Although the country's parliament authorized legislation to do so, as of the end of 2021, the rial remained the official Iranian currency. 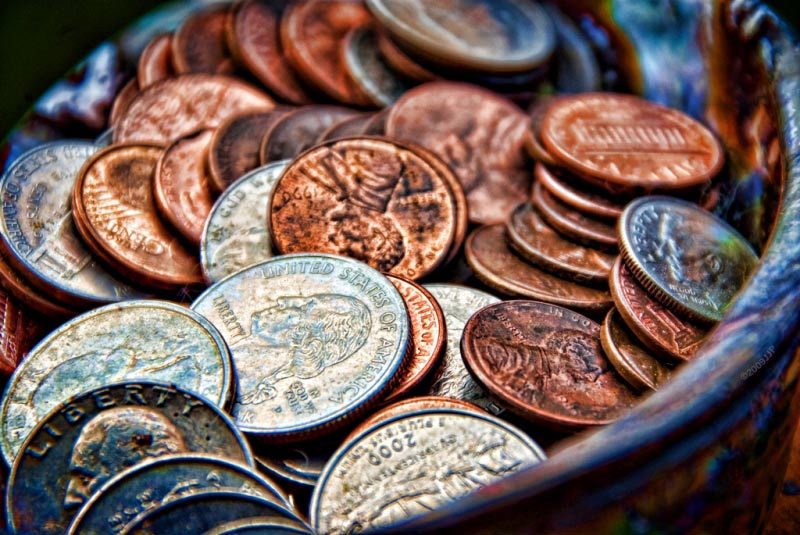 Rial means "real" in Spanish, and one rial equals 100 dinars. During the period of Reza Shah Pahlavi in Iran in 1929, tooman was legally eliminated, and since then, rial has been used in formal business.

The Iranian rial is represented as IRR in international transactions in accordance with ISO4217 standards. In 1176 (solar year), rial rose to prominence as a global coin. Mohammad Shah Qajar used silver coins as the country's currency, each of which was worth 1250 dinars.

Iran used the dinar as its currency from 700 hegiras until the early Pahlavi. The Shah face design was removed from the coins after the Islamic Republic of Iran was established in 1979, but the size and the main design remained unchanged. The Melli Bank of Iran began printing banknotes in Iran back in 1932, with the initial notes being the 5, 10, 20, 50, 100, and 500 rials. Due to a sluggish economy, financial issues at regional banks, and high demand for dollars among Iranians who are concerned about the consequences of sanctions, the rial has lost approximately half of its value since a couple of years ago. The Iranian government attempted to control the exchange rate and announced threats against black market dealers.

Like other countries, it'd be better and simpler to have USD or Euro in Iran. However, in official exchange companies, a wide variety of different foreign currencies are accepted for exchange. The most widely used currencies after U.S. dollars and euros are the Australian and Canadian dollars, Turkish lira, pounds, krona, and Swiss franc. 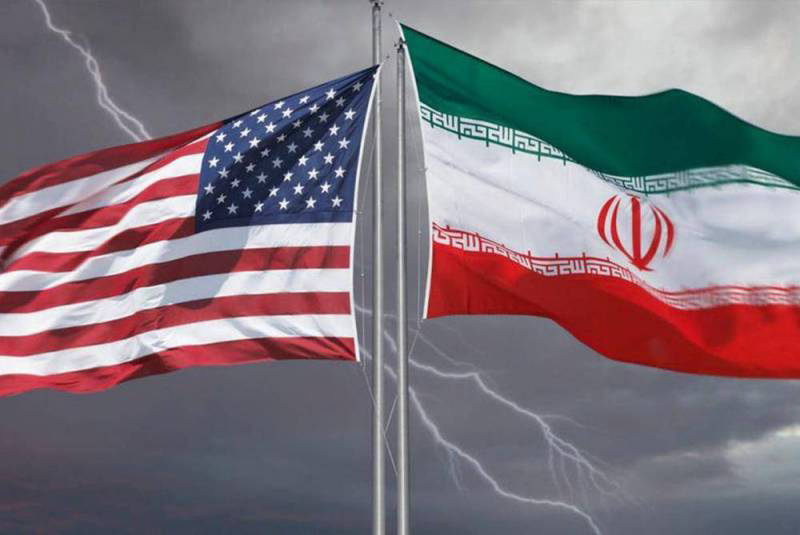 Iran is not a wealthy nation based on GDP and efficiency. However, this country has plenty of resources that might make it rich and a significant player with the most valuable currency in the world if political obstacles like corruption and sanctions were eliminated.

Despite being referred to as an (interbank) "market rate," the Iranian rial's value is strictly regulated by the central bank. Demand management is made possible by the state's control of oil export revenues and its significant reserves, oversight of letters of credit, and outflows of current and capital accounts. To help non-oil exports remain competitive, the central bank has let the rial depreciate in nominal terms.

Iran had a multi-layered exchange rate system up until 2002. State and para-state firms received the "preferred or official rate," while the private sector had to pay the "market rate" (8,000 rials to the U.S. dollar). This led to an environment of unfair competition. The "official rate" calculates the repayment of foreign debt, imports of essentials, and revenue from oil and gas exports. The "export rate" has been set since May 1995 at 3,000 rials per USD. 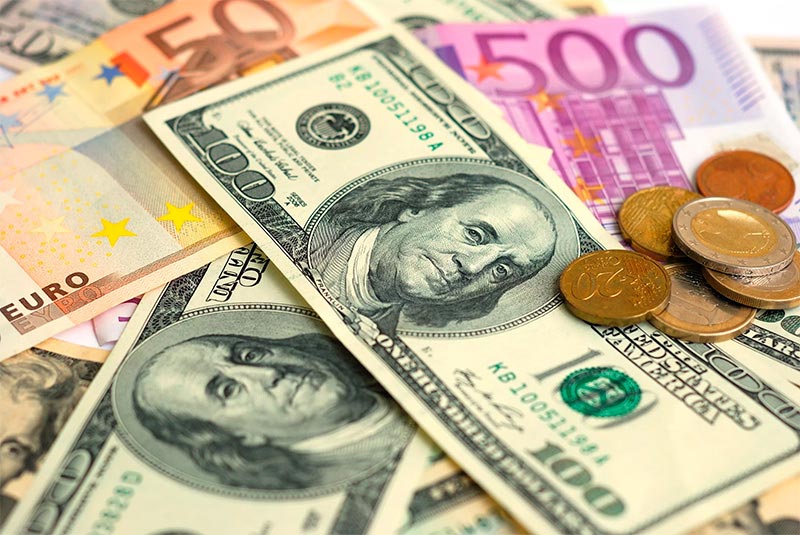 You can use banks with an "EXCHANGE" sign on their door if you need to exchange money. Additionally, there are approved exchange shops in tourist regions and airports where you may convert your cash quickly and for a little bit more money. In Farsi, these stores are known as "SARRAFI." Foreign credit cards are not now a valid method of payment in Iran, although you may be able to use them sometimes.

While Iranian rial is the standard unit used in most documents, toman is more frequently used in oral quotations. Prices may be expressed in rials or tomans, and purchasers often understand them. When in doubt, verify it with the vendors. Bring enough cash for the duration of your trips—in U.S. dollars, euros, or British pounds. Banks or private exchange bureaus in Iran prefer to deal with these currencies. Due to restrictions placed on Iranian banks, you cannot withdraw cash from ATMs or use your Visa or MasterCard. The most crucial thing to remember is to carry as much money as you probably need on your journey, regardless of the currency you pick. 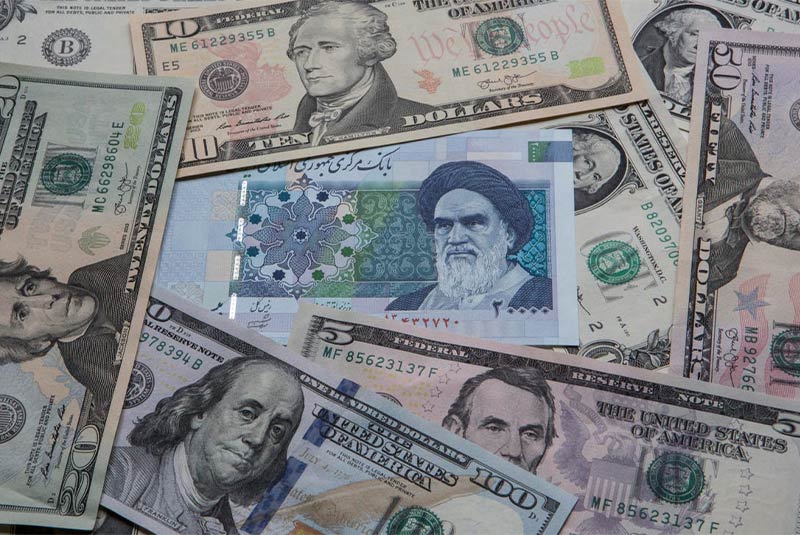 Why Is Iranian Money So Weak?

Iran's political unrest is the main reason for the weak Iranian currency. Additionally, severe economic sanctions against the nation have completely destroyed its economy. The country is also largely dependent on oil. Due to sanctions, Iran has trouble selling its oil worldwide. Additionally, Iran's economy suffers greatly when the price of oil declines. 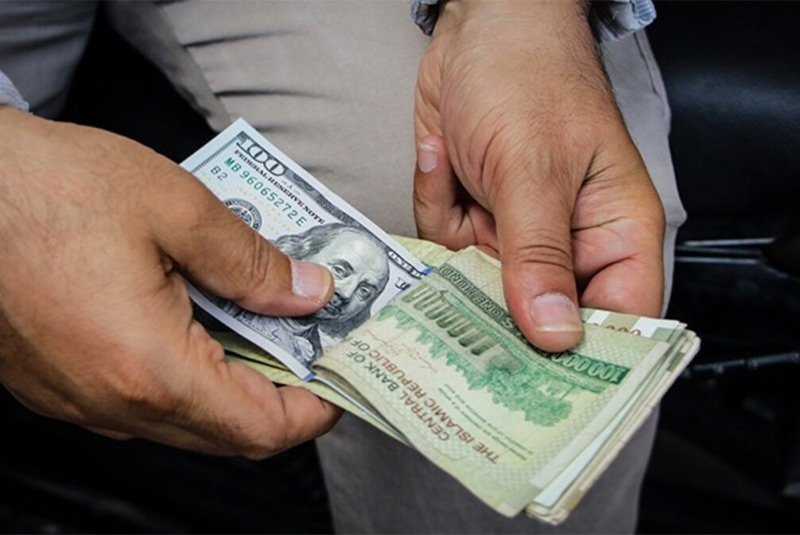 In Iran, there are two rates for converting dollars to rials: official and unofficial rates. The official rate is usually fixed and around 42,000 rials, but the unofficial rate, which is found in a free market, is unstable and changes daily. But on average, it is approximately 320,000 rials.

It is better to know that the official rate is only allocated to commercial companies to import essential goods, so you, as a tourist, should use the unofficial rate to convert the dollar to Iran currency.

How Much is Iran's Currency to Naira?

Nigeria's currency is called the Naira. It is equal to 100 kobos. The Federation's sole issuer of legal tender money is the Central Bank of Nigeria.

The rate of Iran's currency changes daily, but 1 Iranian rial is equal to 0.0099278 Nigerian naira in quick conversions.

1 rupee in the Iranian Rial

In Iran, only IRR may be used for purchases, payments, and other expenditures, so if you have an Indian rupee, you must exchange it for Iranian currency (IRR). As mentioned before, the Iranian currency is not fixed, but on average, 1 INR to the Iranian rial equals 529.64 IRR.

Since 1948, Pakistan has used the Pakistani rupee (PKR) as its official currency. The State Bank of Pakistan, the country's central bank, is in charge of issuing and controlling the coins and notes.

Like dollar and other currency rates, there are both official and unofficial rates for exchanging euro for Iranian rial, and if you want to exchange euro for rial, you should use the unofficial rate, which is unstable, as said before. But on average, it is around 340,000 IRR.

The Kuwaiti dinar, one of the world's most powerful currencies, is used as the country of Kuwait's official currency. KWD 2.47 to the pound was the average exchange rate in 2018.

Kuwait is a major oil producer; hence the KWD is in higher demand than the USD and is therefore worth more than the latter.

As you know, the Iranian currency is unstable, but on average, 1 Kuwaiti dinar to the Iranian rial equals 137,626 IRR.

The United Arab Emirates' official currency is the dirham, and it is subdivided into 100 fils. It is one of the most stable currencies in the world and is tied to the U.S. dollar.

The official currency of the State of Qatar is the riyal of Qatar (QAR or Q.R.). 1 Qatar riyal includes 100 dirhams.

Iran is one of the oldest countries in the world, with many ancient monuments attracting tourists' attention. Also, due to the global sanctions against Iran in recent years, Iran's economy has suffered a severe crisis, which has caused a sharp drop in the country's exchange rate. Exchange companies in Iran prefer to exchange dollars for Iranian currency, so it would be better if you bring dollars to Iran.

In general, Iran is a suitable place for tourists who are interested in historical monuments.