Travel to Iran, will not be completed if any traveler omits Yazd from its itinerary. Being one of the most historical cities in the country, Yazd is also visited by millions of people all around the year.

idea about Towers of Silence

A tower of silence (locally known as ‘’) is a type of structure used for funerary purposes by adherents of the Zoroastrian faith. This Zoroastrian practice for the disposal of the dead involves the exposure of the corpse to the sun and vultures. Due to the development in Iran, these monuments became closer to the city. As a result, Iranian Zoroastrians discontinued these ceremonies and the use of Dakhma was banned in the 1970s. However, Zoroastrians in Mumbai and Karachi still continue the traditional ceremony.

History of using Towers of Silence

According to the historical evidence, Zoroastrian first used the towers in the middle of the fifth century BC. However, the use of towers was first documented in the early of the 9th century CE. One of the earliest literary descriptions of such a building appears in the late 9th century in Epistles of Manushchihr. The other technical term that appears later in the texts of Zoroastrian tradition is , which was used to describe any place for the dead. 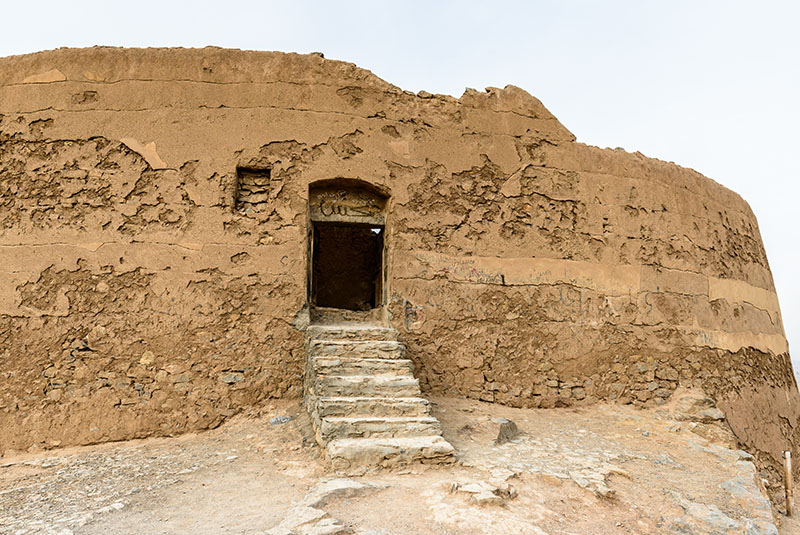 Based on ancient Zoroastrian beliefs that emphasize the purity of the earth, dead bodies were not directly buried but left in such uncovered towers until birds of prey picked the bones clean. Zoroastrian corpse or “Nasu” were transferred by people named Nesakesh from home to the Dakhmeh. After delivering Nasu to Dakhma officials, the corpse was exposed to the sun and birds until only the bones are left.

After this weird purification, there is a person in there who was never allowed to leave the Dakhmeh, putting the remaining bones into the “” (Ossuary) in the middle of the Dakhmeh. The way that the corpse was arranged is interesting too. They were placed in circles, men in the outermost layer, women in between, and finally children in the center. 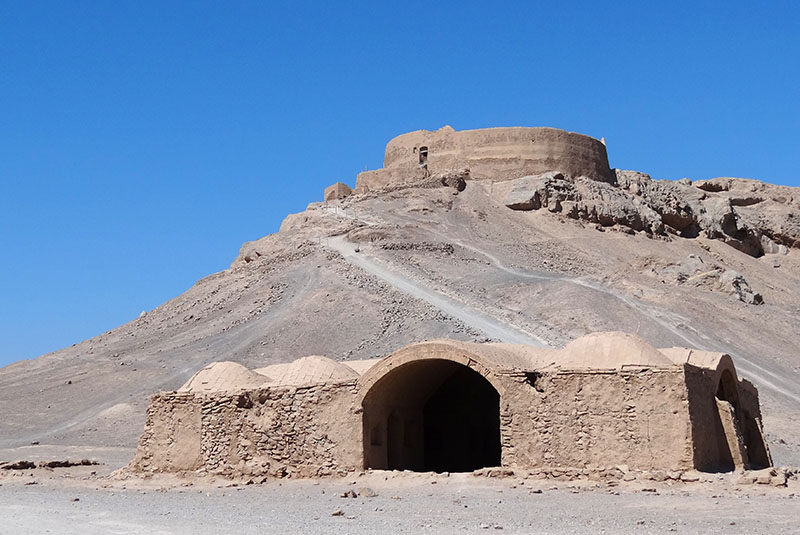 That’s why followers of Zoroastrianism used to let dead bodies to be exposed to the elements. Dried bones were then placed in a pit in the middle of the tower to disintegrate into dust.

Construction of Towers of Silence

It is not entirely clear as to when the earliest of these structures were built. Nevertheless, the towers of silence that are in existence today may have the same or similar construction to the ones used in the past.

Entry to the tower is via steps that lead up to a massive iron door in the eastern side of the feet or eight meter high stone walls. The door provides access to a circular sloping platform about 300 feet or 100 meters in diameter. The platform is made from slabs of solid stone and slopes towards a central well.

The bodies are placed in shallow depressions in the slabs of stone. There are numerous depressions in a row that allow bodies to be placed side-by-side.

Narrow channels connect the depressions in the rings to drain fluids to the central well. Between the three rings are three concentric raised ledges that serve to separate the rings and as a path. Rainwater washes the slabs and drains into the central well via the channels. 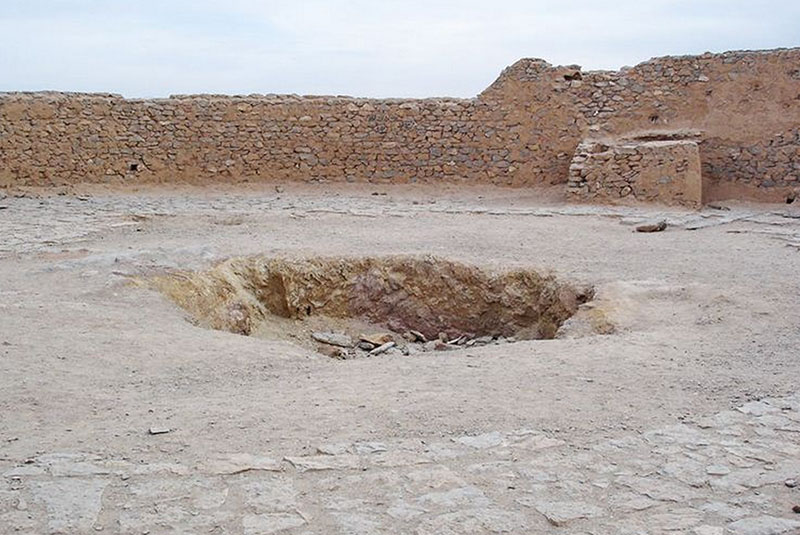 Once the bones are completely stripped of their flesh either by birds or by rain and sun, the dried bleached bones are gathered by the attendants and placed in the central well where they reduce to a powder, a process sometimes aided with the addition of lime. As stated above, the disintegration of the bones is so complete, that after forty years, one tower's central well had only five feet of accumulated residue.

The central well goes down in depth to the base of the tower. At the base of the well layers of sandstone, sand, and charcoal. Fluids and rainwater that collects in the well are filtered by these layers and drain through grates on the well's side into four underground channels, each sloping towards underground pits at four corners of the tower - just outside walls. The bottom of these pits also a thick layer of sand covered with layers of sandstone and charcoal, which are replaced from time to time. The filtered water leaving the pits is clear and free or any contamination. In wet climates, gardens surrounding the towers absorb the filtered water.