The ancient city of Susa

With a supreme history, Iran acts as a live museum with numerous valuable objects and museums around the country. In fact, the country has more than 20 properties listed by UNESCO as a World Heritage Site.

The ancient city of Susa is one of the significant property in Iran and one of the most important cities of the Ancient Near East which inscribed by UNESCO in 2015.

The property embraces a group of archaeological mounds rising on the eastern side of the Shavur River, while the Ardeshir’s palace is situated on the opposite side of the river. The ancient city of Susa is located at the lower Zagros Mountains in the south-west of Iran. The modern Iranian town of Susa is also located at the site of ancient Susa.

There are several sections at the excavated architectural monuments including administrative, residential and palatial. There are also several layers of superimposed urban settlements from the late 5th millennium BCE until the 13th century CE. 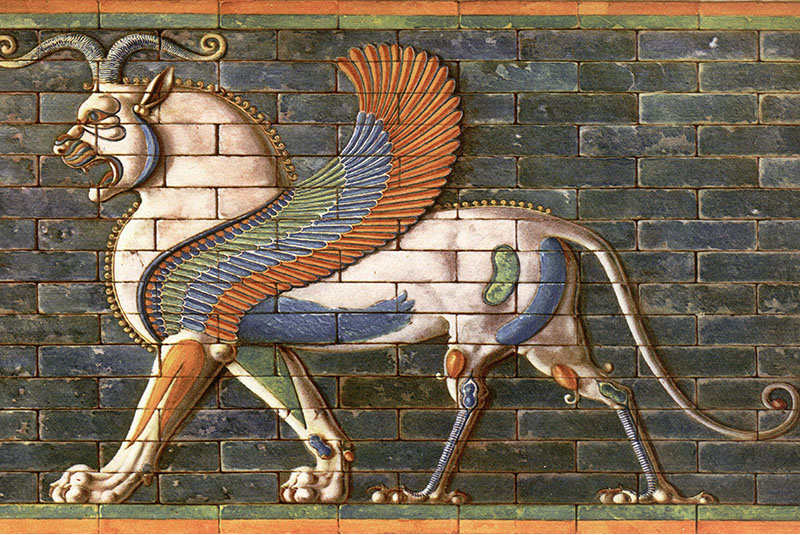 According to the historical evidence, the name of the city was written in various types as Susan, Susun, Shushan, etc. It is believed that the origin of the word Susa is from the local city deity Inshushinak.

The name Shushan may derive from Shoshana, a specific type of water lily that was said to grow in lakes and swamps nearby.

Henry Rawlinson was the first person who examined the site in 1836, later A. H. Layard continues his research. In 1851, William Loftus started some modest excavation, which leads to the identification of the monument as the ancient city of Susa. The first French excavations started in 1885 and 1886 by Marcel-Auguste Dieulafoy and Jane Dieulafoy.

Jacques de Morgan conducted major excavations from 1897 until 1911 which continued by Roland De Mecquenem until 1914, at the beginning of the World War I. French work at Susa started again after the War, led by De Mecquenem, continuing until World War II in 1940. In 1946, Roman Ghirshman his wife Tania Ghirshman took over the direction of the French efforts 1946 until 1967. They focused on excavating a single part of the site, the hectare sized Ville Royale.

During the 1970s, at the time of the Islamic Revolution in Iran, the excavations resumed under Jean Perrot. In total 70 excavation campaigns were carried out in Susa between 1850 till 1978.

The city initially belonged to the Elamite, and Parthian empires and was known to be the for the worship of Inanna, the Sumerian goddess of love, fertility, and warfare. It also used to be the winter residence of Persian Empires. Numbers of excavations at the city have revealed evidence of occupation going back to 4200 BC.

According to the Encyclopedia Iranica, the city extended over 1 square , and was “completely redesigned under the Achaemenids into a residential city with palaces and a surrounding wall.” The area was again rebuilt during the reign of the Seleucids and the Parthians, then “remained without further interference up to the early Islamic period.”

Susa's earliest settlement is known as Susa I period from 4200 to 3900 BCE. The two settlements named by are Acropolis, and Apadana, which were merged to form Susa proper. Nearly two thousand pots of Susa I style were recovered from the cemetery, most of them exhibited at the Louvre Museum in Paris.

During the Uruk period, Susa came within the Uruk cultural sphere. An imitation of the entire state apparatus of Uruk, proto-writing, cylinder seals with Sumerian motifs, and monumental architecture is found at Susa. It is believed that Susa may have been a colony of Uruk.

Susa III covers a period from 3100 till 2700 BCE and is known as the 'Proto-Elamite' period. At this time, Banesh period pottery is predominant. This is also when the Proto-Elamite tablets which first appeared in the records. Subsequently, Susa became the of Elam civilization.

In the Sumerian period, Susa was the capital of a state called Susiana, which was occupied approximately with the same territory of current Khuzestan Province with the Karun River at its . Control of Susiana shifted between Elam, Sumer, and Akkad. Susiana is sometimes mistaken as synonymous with Elam but, according to F. Vallat, it had a distinct cultural and political entity.

In 647 BCE, Neo-Assyrian king Ashurbanipal the city during a war in which the people of Susa participated on the other side. A tablet unearthed in 1854 by Austen Henry Layard in Nineveh reveals Ashurbanipal as an "avenger", seeking retribution for the humiliations that the Elamites had inflicted on the Mesopotamians over the centuries:

Susa underwent a major political and ethnocultural transition when it became part of the Persian Achaemenid empire between 540 and 539 BCE when it was captured by Cyrus the Great during his conquest of Elam (Susiana), of which Susa was the capital. The Nabonidus Chronicle records that, prior to the battle(s), Nabonidus had ordered cult statues from outlying Babylonian cities to be brought into the capital, suggesting that the conflict over Susa had begun possibly in the winter of 540 BCE.

Susa lost much of its importance when Alexander of Macedon (Alexander the Great) conquered it in 331 BCE and incorporated the first Persian Empire. The Susa weddings were arranged by Alexander in 324 BCE in Susa, where mass weddings took place between the Persians and the Macedonians.

Susa was destroyed at least three times in its history. The first was in 647 BCE, by Ashurbanipal. The second destruction took place in 638 CE when the Muslim armies first conquered Persia. In 1218, the city was razed by invading Mongols. The city further degraded in the 15th century when the majority of its population moved to Dezful and it remains as a small settlement today.