When you travel to Iran, you will be amazed by the variety of dishes and cuisines we have all over the country.

Some of those are originated locally, while the others come from other regions. Kufteh and Dolma are the cuisines that came to Iran from the Mediterranean region and Turkey. For sure, there were some changes to the recipe and ingredients.

We are going to introduce both cuisines, so when you travel to Iran, you have some information on both cuisines. 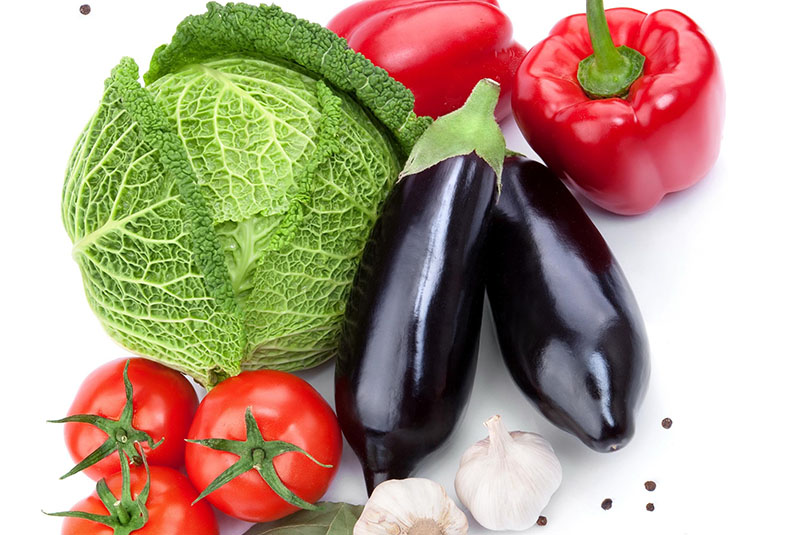 Dolma is a common dish of stuffed vegetable originated from the Mediterranean and the Middle East. The main vegetable can be tomato, pepper, onion, zucchini, eggplant, or garlic. The type of Dolma which includes meat usually served warm, and the one stuffed with rice are generally served cold.

There are two main Dolma cooked in Iran, one with grape leaves and the other one with eggplant.

One of the main Dolma cooked in Iran is the Dolmeh Barg-e Mo (Barg stands for leaves and Mo stand for grape tree). In Azeri, it is called Yarpakh Dolmasi.

To cook the Dolma, grape leaves should be chosen with attention. The best leaves are the ones with light green . The ingredients are fresh herbs, grains, legumes, and spices. Some people also add meat in the stuffing.

Dolmeh Bademjan or stuffed eggplant or as in Azeri language called Badimjan Dolmasi is one of the most popular Dolmeh in Iran. From the name of the cuisine, it is obvious that the main ingredient is eggplant which is first fried and then filled in with the other ingredients.

Kufteh is an Iranian meatball recipe which is originated in Tabriz, a city in the northwestern part of Iran. The cuisine is usually served in big meatball size in Tabriz and small-sized in another part of the country. The small-sized called Kufteh Rizeh. Here we are going to talk about both of those.

This delicious cuisine has a different type of ingredients and recipe. Some people cook it sweet and some sour, in some you can find berries and nut and the other without these ingredients. However, the main ingredients are beef, yellow split peas, rice, onion, and egg. Tomato, cinnamon, and are added for the sauce. 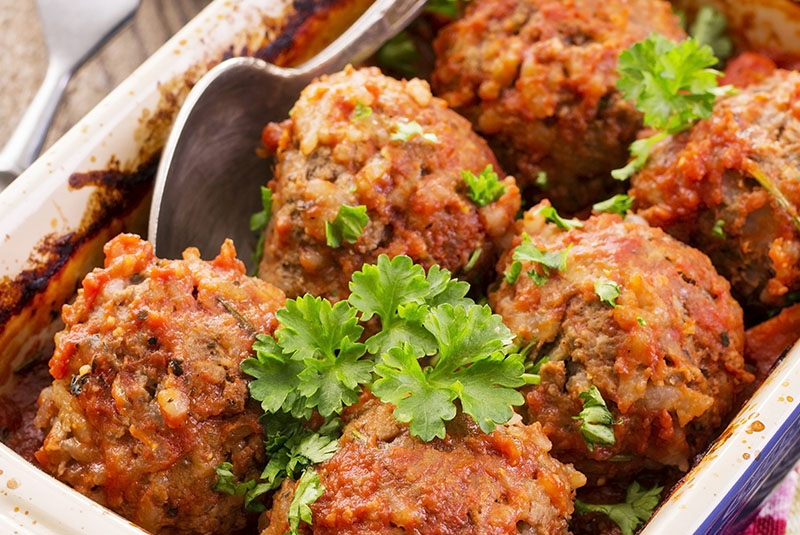 Kufteh Rizeh in Farsi and Riza Kufteh in Azeri is the same as Kufteh Tabrizi but in smaller size meatballs. It can be considered as a finger food for or as the main dish. These meatballs usually covered with saffron and sumac.