One of the most beautiful cities in Iran to visit is Bushehr, and it is totally true to say that people of southern are of Iran are all known as hospitable people. The local food of the area is by far more delicious than any other seafood you have ever tried in your life and is definitely worth a try.

In addition to all of these, the folklore music of the area would cheer you up no matter how tired or grumpy you are. Here, we are going to introduce the city of Bushehr in detail, and go through different aspects of the city, we also highly recommend to visit Bushehr when you are traveling to Iran.

Bushehr or Bushire was previously known as Beh Ardasher, located in the south of Iran, is the capital city of Bushehr Province, Iran, with the population of 298,594 people. 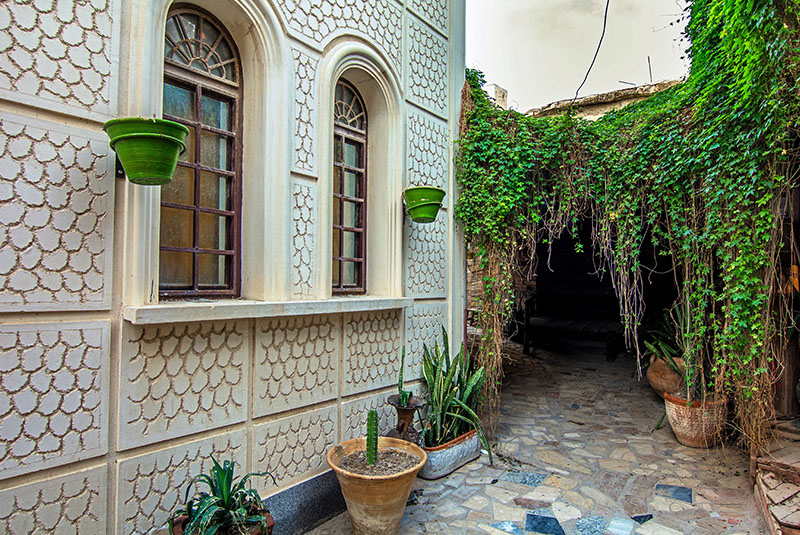 Bushehr is located in a vast plain covering the coastal region on the Persian Gulf coast of south-western Iran. It is built near the ancient port city of Rishahr (Sassanian, Riv Ardasher). It is about 1,218 kilometers (757 mi) to the south of the capital city of Iran, Tehran. Bushehr has a hot, semi-arid climate. Best time to travel to Bushehr is in the winter when the weather isn’t hot and humid and you can easily wander around the beautiful, magnificent city of Bushehr while enjoying the view of the Persian Gulf.

Bushehr used to be the main trade center of Iran in the previous centuries. The city structures are somehow traditional in style and reasonable in cost. Because the rail connection to the interior of the country are few and not enough and the shallow anchorage, Bushehr has lost its position as the primary port of Iran.

In the year 1763, the Arab ruler of Bushehr Sheikh Nasr Al-Madhkur gave the right to the British East India Company to build the foundation of the trading post there. The British Royal Navy Used to use it in the late 18th century. In the 19th century, Bushehr became an important commercial port. It was completely used by British forces in 1856, during the Anglo-Persian War 1856-1857.

Industries include fishing and that’s the reason you should definitely try the seafood in your travel to Bushehr. Bushehr has been located in a strategic part and that is the main reason for the establishment of the port of Bushehr.

The Europeans used to be interested to take control of the region and the city of Bushehr because of The Persian Gulf remarkable situation that Bushehr has with trade in addition to its remarkable situation regarding military affairs. For these reasons, The Portuguese invaded the city of Bushehr in 1506 CE and attempted to take the place of the Egyptian and the Venetian traders who were dominant in the region you can still see the remains of the castles that were built by the Portuguese in Bushehr and its islands.

The history of this city is complicated and due to its importance all of the dynasties and the people in charge used the city for their own benefit for example In 1734 Nader Shah of Afsharid dynasty chose it as the site for an Iranian naval base. During the Zand era, the region was a place for political challenges between different political groups. When the Qajar dynasty replaced the Zand dynasty, they gain less control on the region of the Persian Gulf, so the British influence in the region increased gradually. 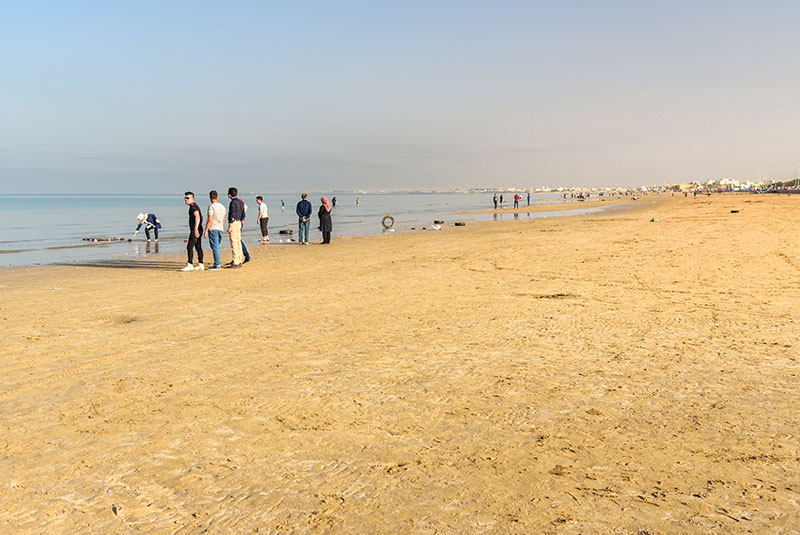 Bushehr is one of the most important ports in the Persian Gulf with a strategic location and connections the city has an international airport and highways that connect the city to Ahvaz, the center of Khuzestan province, to the northwest and Shiraz, one of the most beautiful and cultural cities of Iran, to the northeast. A secondary coastal road links Bushehr to Bandar-e Abbas to the southeast. The old section of central Bushehr has many examples of traditional Persian Gulf architecture from the period 1870 to 1920.

Types of Sports in Bushehr

People of the south like playing football and from early ages the start playing football i=with bare feet in sandy beaches. Bushehr’s two major Football teams are Shahin and Iranjavan. Both teams play in the Azadegan League.

Bushehr has a few Dragon boat teams. Their junior team Sokkan I.R. Iran participated in the 2014 Club Crew World Championships in Ravenna, Italy. They performed exceedingly well, placing third in both 200 meters and 500 meters in Junior A Open.

As mentioned above, the fishing industry is the most important industry in Bushehr therefor the local foods’ main ingredient is either fish or shrimp. Here are some examples of the delicious local food of the south

Shrimp Dumpling; If you want to taste of a special and local food, try shrimp dumpling with some special local vegetables added for the taste. Local Women make it in a traditional way. The original name in Persian for this food is PIRASHKI MEYGOO.

Rice and Fried Shrimp, another local food is rice and fried shrimp marinated in a red onion sauce which can be found in southern Iran. Each southern city of Iran makes it in a different style with verities of spices. No matter where you try it, the main ingredients remain shrimp and rice. The original name in Persian for this food is MEYGOO POLO.

Falafel is an inexpensive stall food. You can find it almost everywhere in Iran, But the most famous falafel is from south of Iran, Bushehr and Abadan area. The main ingredients are beans and peas. It is served in pita bread or flatbread or even Baguette with fresh vegetables, pickles, and hot sauce. Fresh vegetable and other ingredients can be varied in each city but the main food is those little delicious balls. We call it also FALAFEL in Persian. Taste it, if you don’t you may regret the rest of your life!

Grilled fish: In the Persian Gulf area south of Iran, there are various kinds of fish and recipes to prepare and cook them. No matter how they are cooked, try and taste them, trust me. Local restaurants are the best places to try them. You will never forget the taste for the rest of your life.

Music plays an important role in people’s lives in the south. There are different instruments and different usages for their music. For example 'Bandırı' is a song composed of the Bushehr area, which has a sharp rhythm and is special for dance. '' is also a music performed in the feast of happiness, in which the performers move in a circular way and is accompanied by clapping and dance. An important part of the music of the Bushehr area is the songs of the mourning ceremony especially the ones for “Moharram”. Mourning in Bushehr is always accompanied by singing. The musical instruments are all traditional and have interesting names such as; “Ney-Anban”, “Ney-Jofty”, ”Senj”, “Ney-Taaki”.