Since Iran has always been an arid region, inhabitants needed to find a system to preserve water for agricultural and permanent settlements usage, therefore they came up with Qanats which are tunnels underground to conduct the water by gravity

length is usually a few . There are eleven Qanats representing this system in Iran, in addition to tunnels, there are areas for workers to rest, water reservoirs, and watermills. This system is still in place in some cities which allows equitable and sustainable water sharing and distribution. These Qanats provide exceptional testimony to cultural traditions and civilizations in desert areas with an arid climate.

Elven Qanats were registered in World Heritage Sites by UNESCO as The Persian Qanat in 2016.

During the ancient Persian the name was Kariz, which was derived from earlier word Kahriz. However, after the invasion of Arabs to the country, the name has changed to Qanat. Both of the words are used interchangeably today.

The Persian’s Qanat system dated back to 7th century, however during the Achaemenid Empire it had a major extension throughout the territory. It is believed that the oldest and longest Qanat is in the city of Zarch which is located at the of Iran.

This system has been founded in higher elevations, and they used to prevent evaporation. As they were all underground there was no pollution and the water was suitable for drinking.

However, with the rise of population, these systems were not sufficient to have enough responses to the needs of residents. Therefore, people started building private reservoirs called Ab Anbar.

It is estimated that, in the middle of the twentieth century, there were more than 50,000 Qanats in Iran.

Qanat is a tunnel system which carries water to flat lands from bed source of water in higher elevation. This system includes numbers of vertical connected walls, so if you have a look of Qanats from above you can find it like a formicary on foot of a hill.

There should be enough space in every duct for workers to move and dig the canal. Vertical shafts were mostly used to remove construction waste. In addition, they provide access to different parts of the duct for repair and maintenance. After a long journey of water, its final destination is Mazhar-e Qanat, was the water flows to the surface. 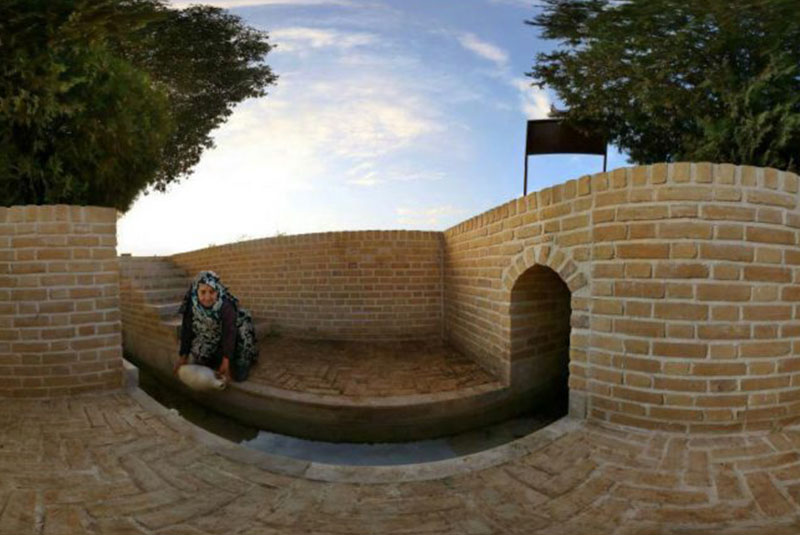 All the Qanats in Iran are almost built with the same architecture, however, some of those have a different character. For instance, the Qanat in Vazvan which was built during the Sassanid era has a duct which dug in stone to work as a dam and save water during winter.

If you are interested in architecture and would like to know more about this system, you can have a visit to the Water Museum in Yazd. The museum, which displays the 2000 years irrigation system has been in operation to describe the drilling of mother wells, and the use of water distribution clocks.

In 400 BC, Persian engineers had mastered the technique of storing ice in the middle of summer in the desert. They designed ice storages in which they built a wall in the east-west direction near the (ice pit). Then the ice was stored in winters to be used during summer.