Iranian Nomads with a wide diversity of ethnicity

There is a wide range of ethnicities in the Iranian community. From north to south, and east to west, you can find people with different culture and dialectic. For instance, in the northern part of Iran, Caspian Sea, there are Gilaki, Mazani, and Turkmen.

Most of these groups live in the cities, while the other are nomads and travel between places according to the time of year. In this article, we are going to introduce Iranian Nomads with a diversity of ethnicity in the country. If you are planning to visit Iran, especially in spring, you may have a chance to visit Nomads and accompany them.

Bakhtiaris group live in the central and southern part of Zagros Mountain. They are Shia and speak Luri which is very close to Farsi. There are two dialects of Luri. Lur Buzurg which is spoken by Bakhtiari, Kuhgiluyeh and Mamasani tribes, and Lur Kuchik, which is spoken by who lives in Lorestan.

Historically, the main group consists of several smaller tribes. The leader of group is called khans, and they were involved in national politics who were considered as part of the prerevolutionary elite. It is believed that the Bakhtiaris have been separated from Lurs in both political and tribal entity approximately two centuries ago. 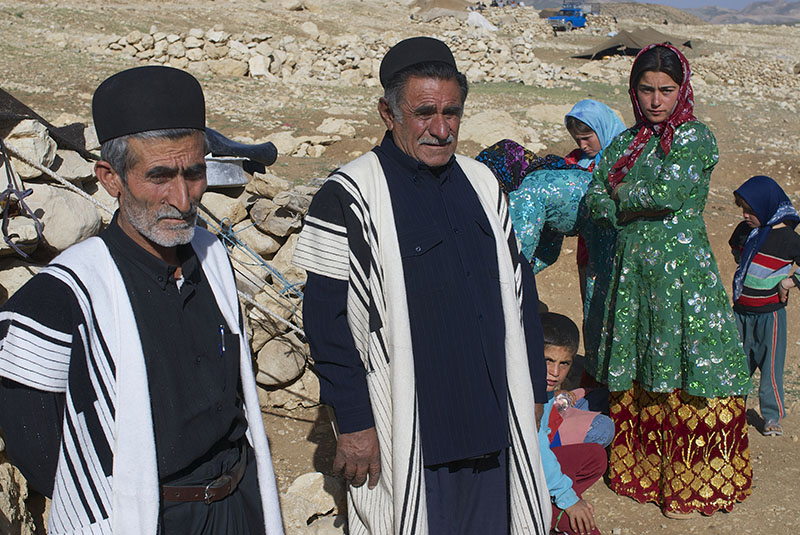 mostly could be found in an extended area at southward from Lorestan Province to Khuzestan Province and westward from Esfahan to within eighty of the present-day Iraqi border. This  historically was divided into two main tribal groups; the Chahar Lang, and the Haft Lang. The first one is located at the northwest of the Bakhtiari County till the century. The Haft Lang which is the southwestern group was more closely associated with modern Iranian politics than the Chahar Lang.

The Qashqais Nomads, are the second-largest Turkic group in the country. They are a confederation of numerous Turkic speaking tribes that historically resided in Fars Province.

They move to elevation of Zagros Mountain at the southern part of Shiraz in summers, and back to the lower elevation at the south part of the city during the winters. Their travel routes are considered to be among the longest and most difficult one among all of Iran's pastoral tribes.

They first emerged during the eighteenth century, at the time which Shiraz was the capital city of Iran during Zandieh dynasty, which became the best organized and most powerful tribal confederations in Iran during the nineteenth century. The most notable leader of was Khan Solat Doleh, who had enough power to defeat the British-led South Persia Rifles in 1918.

The Baluch is the majority population of Sistan and province. They not only live in Iran, but also in Baluchistan Province in Pakistan, and southern Afghanistan. They mostly live in the Makran highlands, an area that stretches eastward along the Gulf of Oman coast to the Pakistan border. They speak an Indo-Iranian language that is distantly related to Persian and more closely related to Pashtu one of the major languages of Afghanistan and Pakistan.

Historically, Baluch has been an oral language only. However, educated Baluch in Pakistan have developed a written script which employs the Arabic alphabet.

The Turkmen are an ethnic minority who speak Turkish with the Eastern accent which is the same dialect spoken in the Republic of Turkmenistan. They live in Turkmen Sahra district in the Gorgan Province in the northern part of Iran. The area is a fertile plain near the Iranian border with the Republic of Turkmenistan. The district extends from the Atrak River in the north, to the Caspian Sea in the west, Quchan Mountains to the east and the Gorgan River to the south. They have been living in Iran since 550 AD, but they began to form a tribe from 750 AD. They can be considered as the descendants of Central Asian Turks who were retained to their ethnic identity during the Mongol invasion. There are different Turkmen tribes live in Iran, but not all of them lives in Iran. The most important tribes of Turkmen living in Iran are Kuklans and . The has six branches, and live in the central and eastern of Turkmen Sahra. The consists of two large clans; the Atabai and Jaafarbai, who live at the west part of Turkmen Sahra. 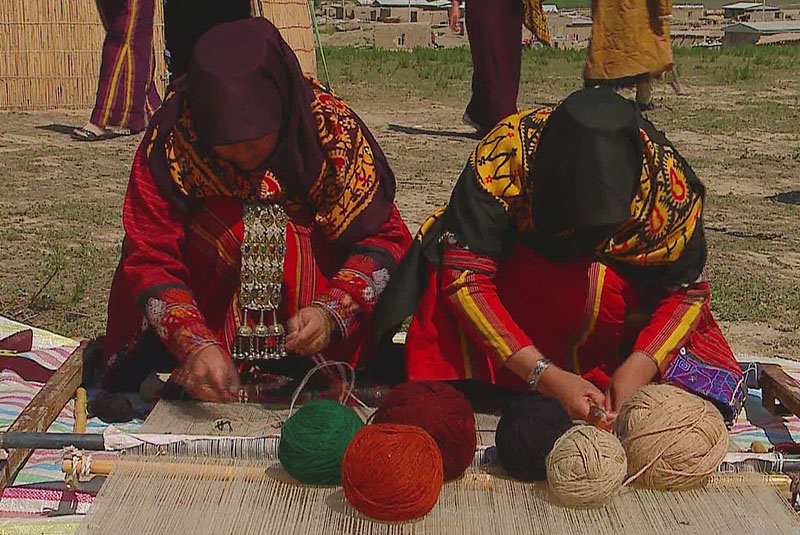 The groups named in this  were the ones who travel during a year to warmer places during the winter, and back to the cooler places during summer. However, they are not the only tribes we have in Iran and there are more groups which settled at a place or a city.

If you are planning to visit Iran, and looking forward having an authentic experience, we highly recommend a day or two with at least one of these groups. By living with them, you will go back to the time, and understand how people used to live ages ago.