Type of prayers in Iran

In general, prayer is an act of worship which can have the variety of forms like liturgy or ritual. Nowadays, some religions require people to do a strict sequence of actions as prayer, while the others may practice the prayer by anyone at any time.

As an instance, a set of dancing is considered as a form of prayer by Native Americans. Swaying back and forth, and bowing is part of the prayer by Jewish.

As we are going to talk about more about types of prayers in Iran, we will give more details about prayer in Islam and Zoroastrians who are the two major groups living in Iran. First, we start with the Muslim type of prayer which is the official religion of the country and the most number of inhabitants follow it, and then we continue with Zoroastrian worship.

Salah or Namaz as we call the prayer in Farsi is the set of Pillars in the faith of Islam. Namaz is a physical, mental, and spiritual act of worship that is obligatory for every Muslim and should be done five times a day at some exact times.

The first concern of doing the prayer is that the prayer must face Mecca. During the worship the person stands, bows prostrates and concludes while sitting on the ground. The worship should be done in Arabic using some certain verses, phrases and prayers.

The call to prayer is called Azan which is done by a person called Moazen at a mosque.

The main purpose of Namaz is communication and remembrance of God. In Islam, it is suggested that to perform Namaz with clean clothes while both men and women have to cover their bodies. 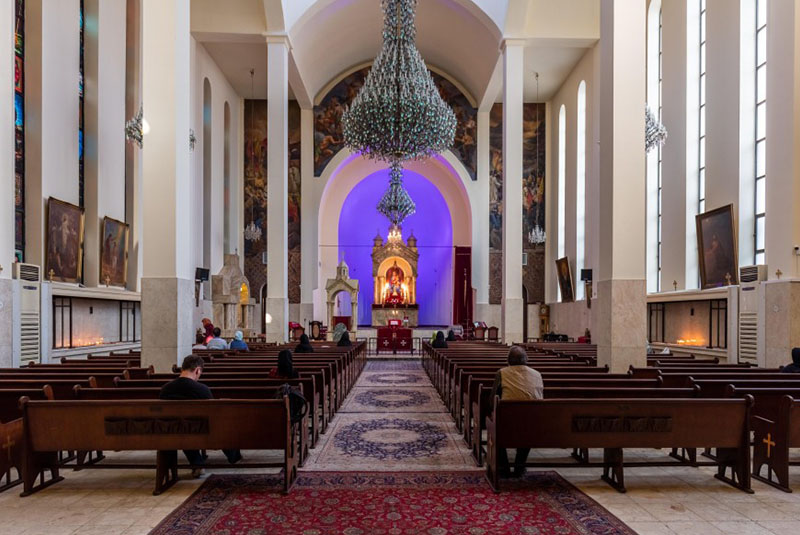 You may notice some minor differences between worship practice by one person to the other one in actions or words. The reason for this difference is mainly due to the schools of law in Islam, which create two main groups of Sunni and Shia.

Zoroastrian worship practices have a history behind and created in ancient times. Traditionally, they do their prayer individually while facing a source of light. However, their concept of worship developed to do the prayer in the group at temples.

You can see Zoroastrians worship together in a group at special events named Jashn. They mostly read from Avestan in their prayer. They believed that the level of beliefs by a person has a great effect on the person’s deeds. While praying, Zoroastrians face to a source of light which is the symbol of an eternal flame. They also believed that fire is a source of light which represents wisdom, in contrast to dark which is known for ignorance.