By to the northern part of Iran at the beautiful coastline of the Caspian Sea, you will face with beautiful landscapes through your journey, with mountains and jungles on one side and sea on the other.

From the west to the east of the Caspian Sea Coast you will see numerous oranges gardens and fields for rice cultivation. In this article, we are going to talk about location, history, and highlights of Sari. So, if you are thinking of to Iran and visiting the northern part of the country is on your plan, spend a few minutes on this article to get to know all the information you need.

With beautiful landscapes all around the city, the capital city of Mazandaran province in the northern part of Iran, named Sari which is the largest and most populous city in the province. The term stands for "the yellow city" and it was given to it because of the great number of orange, lemon, and other citrus gardens on the outskirts of the city. Inhabitants of the city are called Saravi.

The city is surrounded by the Caspian Sea in the north, city of Neka in the east, Semnan province to the east, and cities of Qa’im Shahr and Savadkuh in the west.

The city has a mild and humid climate of the Caspian Sea shoreline, with moderate and cold climate of mountainous regions.

Evidence from excavations in the Hutto cave shows that the existence of settlements around Sari as far back as the 70th millennium BCE. The Muslim historian Hamdollah Mostowfi believes that the foundation of Sari back to king Tahmoures Divband from the Pishdadian Dynasty. Also, Ferdowsi, the great Iranian poet mentions the name of the city of Shahnameh, at the time of Fereydun and Manuchehr.

It is believed that Sari was the largest city during Hyrcania. Han Way, who visited the city in 1734, mentioned that there were four ancient Magian temples as still standing then, built in the form of several rotundas, every thirty feet in diameter, and about 120 in height. However, Sir William Ouseley, who had to the site in 1811, has speculated that these to be masses of brick masonry of the Mohammedan age. Out of four, only one of the rotunda is still standing since the rest were overturned by an earthquake. 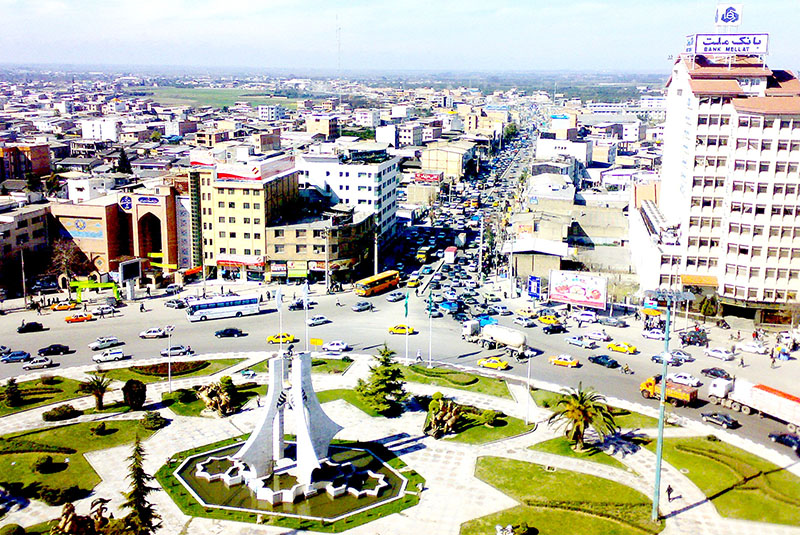 In the seventh century, the Great of the Dabuyid dynasty reconstructed the city, and because his son's name was "Sarouyeh", he called it by this name. Sari once again became the capital of Tabaristan during that century.

After invasions by the successors of Mongols, Timur the Lame of Uzbeks, Turcoman, and Tatars the city lost its high status and was periodically burnt to ashes.

Because Shah Abbas I's mother was from Behshahr (Ashraf), he founded Farahabad as his alternate capital of Persia in the north of the city and created the gardens in Ashraf. Mazandaran alongside neighbouring Gilan was subsequently settled during Abbas' reign by large amounts of Georgians, Circassians, Armenians and other peoples of the Caucasus, whose descendants still live across Mazandaran. Still many towns, villages, and neighbourhoods in Mazandaran bear the name "Gorji" (i.e. Georgian) in them, although most of the Georgians are already assimilated into the mainstream Mazanderanis. After the Safavid dynasty fell and until the rise of Agha Mohammad Khan to power there is no evidence of any notable events in Sari. 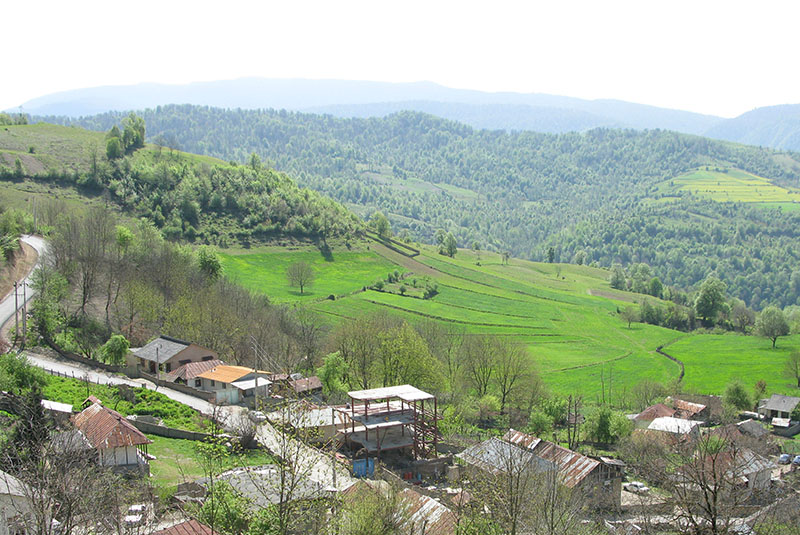 Major developments took place after the Qajar dynasty. During the reign of Reza Shah Pahlavi, the face of the town was changed drastically. Sari Rail Station and most of the streets and governmental buildings date from that era. During World War II the Soviet army occupied the city but left it after the war.

There are so many natural beauty and monuments in and out of the city to visit. Here we are going to introduce some of the most important ones.

One of the attractions in the city is the Clock Square at the city which was built more than 40 years ago.

Badab-e Surt is a natural site which is located at the 95 Kilometers to Sari. It comprises a range of travertine terraces which formed over thousands of years as flowing water from two mineral hot springs on the top cooled and deposited carbonate minerals on the mountainside.

Due to the high volume of salt in the water, it does not freeze in winter and creates a pool with a diameter of 15 meters.

The mansion with 125-year-old history is a magnificent house right at the heart of the city. It is just next to the Enghelab Avenue at Ab--No district. Thick walls kept the lower floor warm in winter while the light, the bright upper floor could be opened to through drafts for hot summers. Its Orosi windows (wood-framed puzzles of glass) supposedly disorientated mosquitoes.

The bathroom was constructed during the Qajar dynasty just near the Kalbodi mansion. It has a great architecture which represents the traditional architecture by Iranian.