When planning to travel to Iran, don’t forget about having a visit to the Persian Gulf and the amazing Islands in the area.

Qeshm Island is a very beautiful island with a great sandy beach.

The Island is the biggest Island in the Persian Gulf region, which is located alongside the Strait of Hormoz. It has an area of almost 1,500 Km2 with 120 Km length, and 10 to 35 Km width. The highest altitude in the island is 350 meters above the sea level. During the most of the year, the humidity is about 95%.

Residence of the island talk in a language which is a mixture of Farsi, Hindi, Arabic, and English languages. They also have an influence from the dialect of local Bandar Abbas in their speaking. 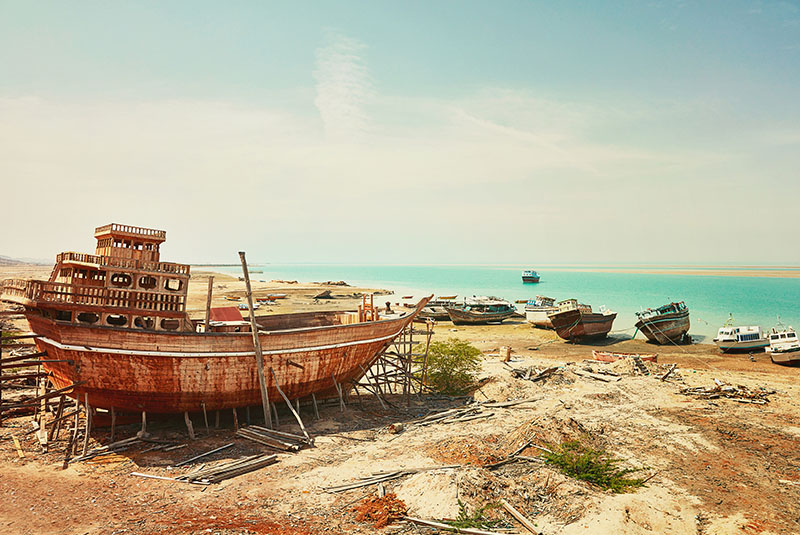 The most two traditional industries in the island are fishing and boat construction, both of these are very common in the island from centuries ago.

According to the historical evidence, Qeshm Island has a history from the pre-Islamic era. Because of its position, the island has been attacked many times during the centuries by different invaders including , Umayyads, Abbasids, Portuguese and the English.

The most amazing site in the island is the Geo Park which is the only Geo Park in the Middle East and was registered by the Global Network of Geoparks (GGN) in Paris, in 21st of March, 2006. It is located in the western part of the island and covers an area of over 32,000 hectares. Since the Qeshm Geopark is located in an area between Eastern Asian and European Geoparks it displays an important position in the region in terms of geological, ecology, , environment, and wild nature variety. 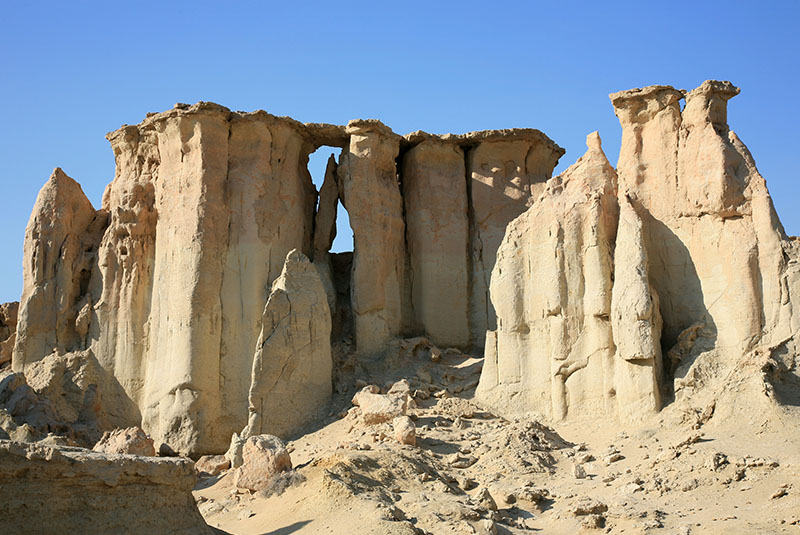 Harra Forest of Qeshm Island is the most amazing ecotourism attraction. It covers about 2,000 meters2. By the rise and fall of sea levels which is caused by the combination of the effects of the gravitational forces exerted by the Moon and the Sun and the rotation of Earth, the tree trunks become visible and invisible.

If you need more information on the Qeshm island, Qeshm Island tour, how to go, when to go, or any other question you may need an answer for, don’t hesitate to contact us by email incoming@eavar.com or by telephone during business hours. We will provide any type of tour in Iran from historical to adventure tours upon your request.