Shushtar is a city in the southwest part of Iran, about 90 Km from Ahvaz in the province of Khuzestan.

The city is famous due to the historical hydraulic system which dates back to the Achaemenid period in the 5th century when Darius the Great was the ruler of Persia Empire. The entire system with all the items included in it was registered as a World Heritage Site of UNESCO in 2009 and has been referring to as a “masterpiece of creative genius” by UNESCO.

The construction of the hydraulic system is an interconnected set of bridges, weirs, dams, mills, water cascades, canals, and tunnels. The main material used in the complex are granite, plaster of lime and mortar.

The famous French ; Jane Dieulafoy referred the site to the largest industrial complex before the Industrial Revolution.

Before the Karun River enter Shushtar city, it is divided into two branches, the branches called Gargar and . The construction of Gargar artificial watercourse dates back to Ardeshir 1st, the founder of Sassanid Empire.

The river leads to the complex with three tunnels, divided up with numbers of canals, and then falls into a basin from the water cascades. The water then enters to the plain area of 40,000 hectares which is used for planting of orchards and farming. 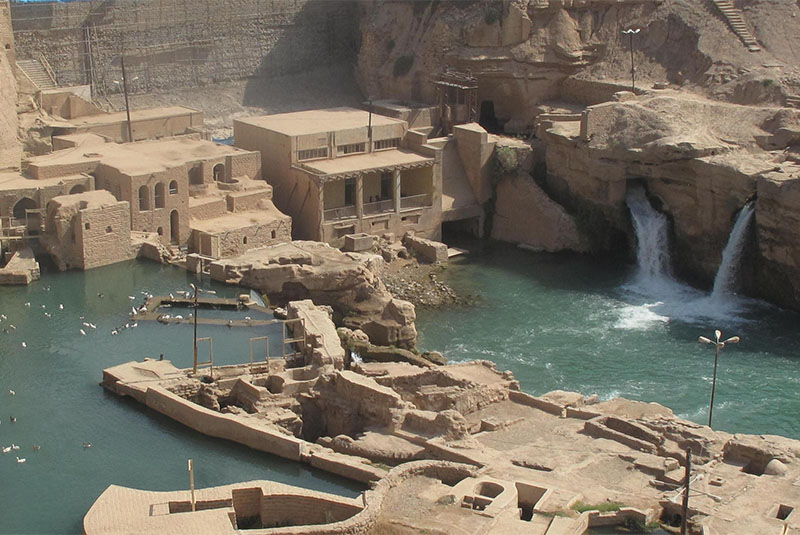 The main reason for constructing this amazing system was the efficient use of water and sharing the volume of water into the different areas of Shushtar. Even after centuries, some part of the hydraulic system is still working.

If you ever travel to Shushtar and wanted to have the best view of the construction, try to look at it from Shari’ati Bridge or by climbing the hill where you see the signs to Marashi House.