Naqqali has a long history in Iran and has played an important role to maintain the culture and native traditions of the country. The best oral texts of every language are short stories that come to us from generation to generation like the oral music that the players learn each other.

All these are oral literature and maintain the old culture of nations.

Naqqali is one of the Iranians’ oral traditions. The base of this art is the stories of Shahnameh. The Naqqal -the performer- recounts the epic, heroic and national stories in verse or prose by heart with very specific customs in teahouses, coffeehouses or public places. He is trained for years by the persons who called “Morshed”. He performs alone, he is the actor, the narrator and also the director of the performance. There is no scenery in Naqqali. Naqqal takes a piece of long wood (like a wand) to guide the story-telling movements. 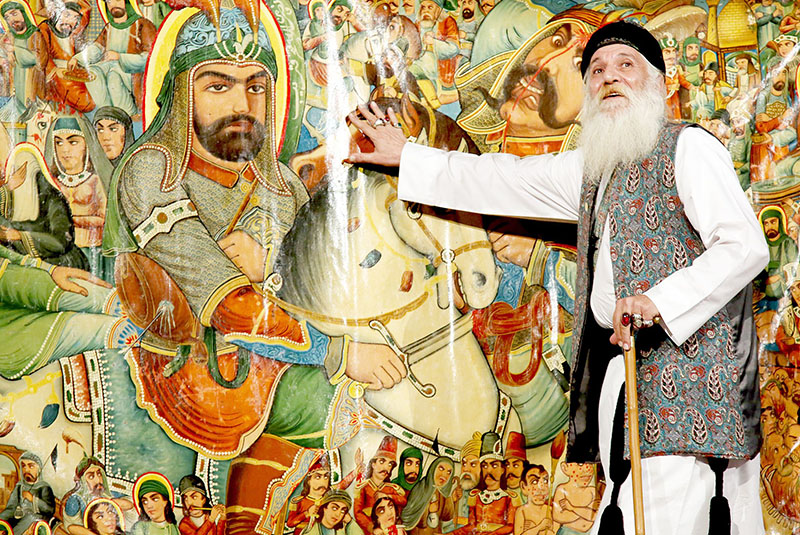 Naqqali has more imaginative aspect than the real and the audience is common people. The Naqqal always addresses the audience and tries to make them believe in the story. They require considerable talent, a retentive memory and the ability to improvise with to captivate the audience.

Every Naqqal is professional in one kind of story. One recounts the stories of Shahnameh which is the most important kind of story-telling and another one tells the romance stories and some other narrates the religious ones.

Naqqals are great psychologists and tell the stories regarding the situation of the viewers. They are the most important guardians of folk-tales, ethnic epics and Iranian folk music. They often get the moral results from the stories and nurture the national rituals.

This Iranian art was registered as a world intangible heritage in UNESCO in 2011.