Due to its residents being relatively short, its intact condition and plain architectural style, the village has drawn the attention of tourists and social researchers. Here, we are going to briefly write about this magnificent village, so you may consider it as one of your destinations when planning to travel to Iran. 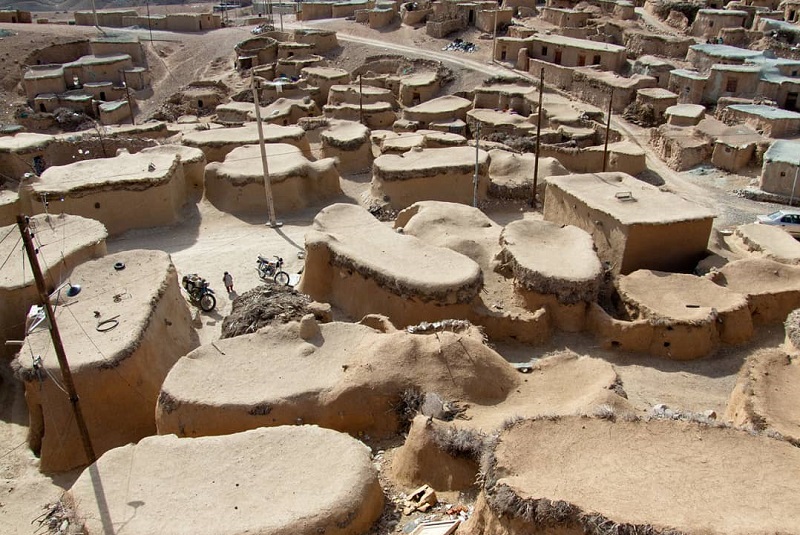 Makhunik is the name of a village in Iran that is known as the Lilliput of Iran since most of its residents are short. It is actually one of the seven strange villages in the world. The village owes its fame to short men and women, who sleep under shorter roofs than our house’s roofs.

There are 12 smaller villages around Makhunik Village that altogether forms the most unique village in Iran. All the residents have inherited short stature disease from their fathers, generation by generation. While today’s children of Makhunik have become taller due to healthcare houses in the villages, you can still find traces of miniature life of their ancestors.

Makhunik village has fine moderate weather during spring and autumn, cold in winter, and hot and dry during summer.

The History of Makhunik Village

There is no written historical evidence on this village except Coronel Charles Edward Pitt's travelogue of Khorasan and Sistan in which he has described Makhunik village in the era of the Qajar ruler, Naser-Eddin Shah, about two centuries ago. However, according to archaeologists’ reports, the ancient village of Makhunik was the land of Aratta civilization and dwarf humans are also said to have existed since 6000 BCE. The small size of the discovered structures in the city can be evidence of the belief.

In 2005, finding a 25-centimeter mummified dwarf at the area, which created great sensations among the public, can also support the claim. The discovery fuelled the belief that this remote corner of Iran, which consists of 13 villages including Makhunik, was once home to an ancient ‘City of Dwarfs’. Although experts said the mummy was actually a premature baby who died roughly 400 years ago. They also contended that previous generations of Makhunik residents were indeed shorter than usual. 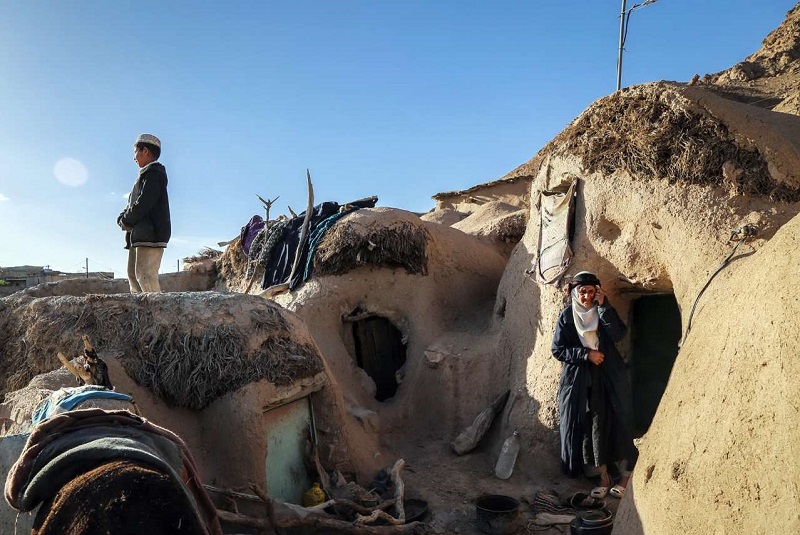 Another proof to the fact that Makhunik village has for a long time been residential is a stone inscription near Makhunik aqueduct in which the picture of an old shepherd has been cut.

Makhunik residents are of Afghan descent and migrated to the region hundreds of years ago to establish a new life. The tales created about the villagers are mainly based on two sources: Their short height and their homes established based on a unique architecture style.

Many reasons have been cited for it, but three of them seem to be more valid than others. The popularity of consanguineous marriages (which caused genes responsible for determining the person’s height to be passed among residents), lack of protein and vitamin in the daily diet, and the mercury residues in drinking water (which was associated with nearby mines), are reasons for the alteration in physiques of residents.

It is said, however, that members of only one of the clans of Makhunik known as Gholam Mohammad- Reza Bakhsh clan suffer from short heights and the rest of the villagers enjoy normal heights. Reports say the clan members’ heights have gotten closer to the normal size through several generations after enjoying better nutrition and having intermarriages with other clan members. 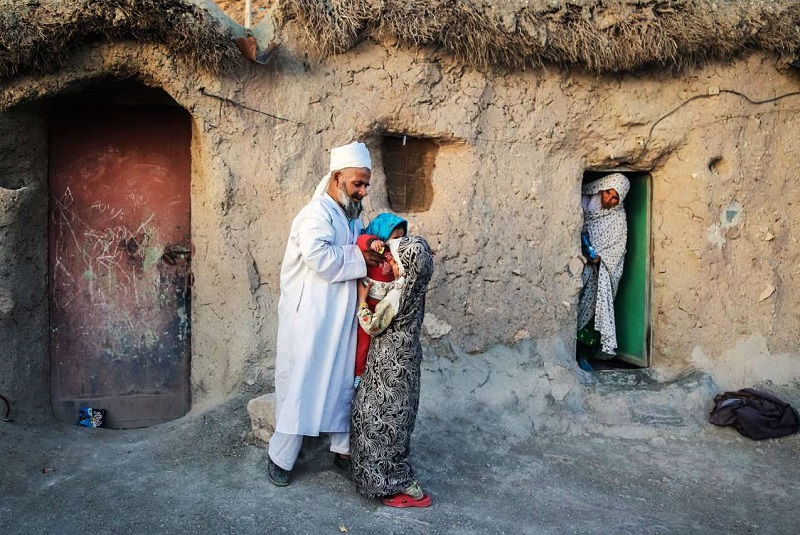 The residents of the village live mainly on pasturing their livestock. They also depend on agriculture to some extent. Most of their agricultural products include wheat, garlic, turnip, beetroot, carrot, tomato, onion, and saffron. Some of the villagers work in a mine near Makhunik.

In the mid-20th Century, the construction of roads and the proliferation of vehicles allowed Makhunik residents access to ingredients found in other parts of Iran, such as rice and chicken.

Today, the residents of Makhunik have abandoned their ancient homes beginning to construct contemporary homes for a living. Although most of Makhunik’s 700 residents are now of average height, reminders of their ancestors’ shorter statures still persist. Of the roughly 200 stone and clay houses that make up the ancient village, 70 or 80 are exceptionally low, ranging between 1.5 to 2m – with the ceilings of some as low as 1.4m.

The architecture of Makhunik Village

The interesting point about the architecture of Makhunik Village is that the residents of Makhunik built their houses based on architectural styles that were common in the Neolithic Era.

The village is formed on a hilltop which short houses pressed together in the valley. The house floor is one meter lower than the ground level and they have to bend down and pass the wooden doors to enter the house. Then they have to go down one or two steps to reach the house floor. Despite all this, the architectural structure of Makhunik is not just bound to the small adobe and muddy houses. It has been years that today’s brick wall houses have reached Makhunik and have given a more modern color to the village. 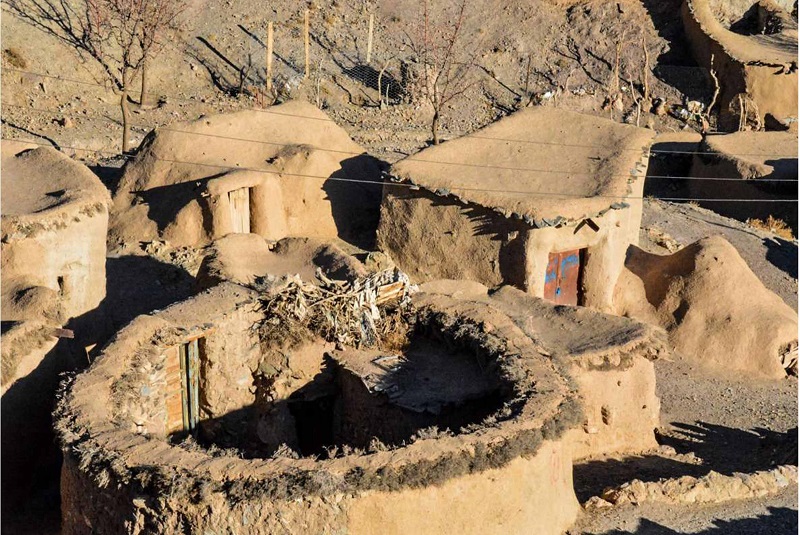 All the houses are next to each other into the earth hollows on the slopes of the hills due to harsh winter weather and shortage of materials in the residential context of the village. The grounds of houses are about one meter below the ground surface and they have a short entrance door made of trees and difficult to enter. One or two stairs often connect the entrance door to the ground floor of the house. The houses of the village are not usually a rectangular shape and they don't have certain dimensions.

Houses are very small with ten or twelve-meter rooms. They are built of stone and soil, and their roof is covered with foliage. There are only a short entrance gate and no other opening representing the most primitive type of residence in this village. Climatic conditions and low communication with other villages are the factors of being so small and integrated.

Interestingly enough, each home accommodated a man with two or three wives and three to eight children. Meanwhile, there was a small living quarter known as the ‘sitting room’ for entertaining their guests.

Lack of height wasn’t the only reason why these people built smaller houses. Having a tiny home meant fewer building materials were required, which was convenient as domestic animals large enough to pull wagons were scarce and proper roads were limited. So locals had to carry all supplies by hand for kilometers. Smaller houses were easier to heat and cool than larger ones, and blended in more easily with the landscape, making them harder for potential invaders to spot.

Makhunik Village is situated on an easternmost point of the Iranian soil, near the border with Afghanistan. It is actually located in Doreh Rural District of Sarbisheh County, 143 kilometers away from Birjand, the capital of South Khorasan Province. 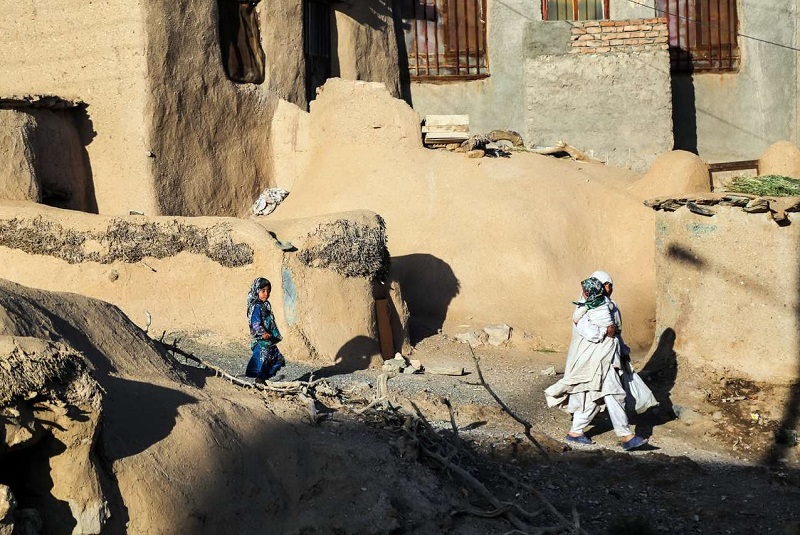 How to go to Makhunik Village?

The nearest city to Makhunik Village is Birjand City. Therefore, to go to the village you need to go to Birjand at first. From Tehran, there are daily flights to Birjand, and you can also take scheduled buses to go there. Currently, there is a weekly flight from Mashhad to Birjand on Wednesdays. However, please check the schedule with your travel agent prior to your planning.