By hearing the name Tehran, the first thing that springs into mind might be the controversial issues that revolve around politics in the media; having said that, politics is not the only thing running under the skin of this metropolitan city and we can look at Tehran from other points of view that uncover its rich history, culture, and art.

Tehran is a city of diversities. In the same city, you can go to Toghrol Tower which dates back to the 12th century during the Seljuk dynasty, even though its dome has been destroyed due to some earthquakes; also you can go to the modern Milad Tower, the sixth-tallest telecommunication tower in the world, and enjoy your dinner at its revolving restaurant with the view of Tehran.

Tehran, the city of diversities 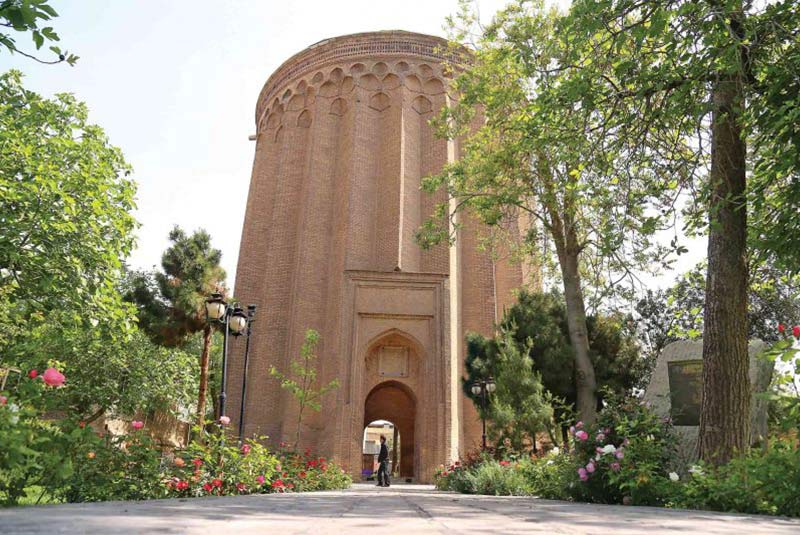 By the same token, you can go to the intersection of religions at the crossroad of Jomhuri Street and 30th Tir Street; where you can find the temples of the four most important religions at each corner of this intersection. On the northeast side of it, there is St. Mary Church which is even older than the streets it is located in. In front of it on the northwest side, there is the Adrian Fire Temple of Zoroastrians. Haim Synagogue, one of the most important places for Iranian Jews is located on the southwest side of it while Hazrate Ebrahim Mosque is a few alleys far away on the southwest side. Though these are not the only temples of different religions in Tehran and you can find more of them in other regions as well. 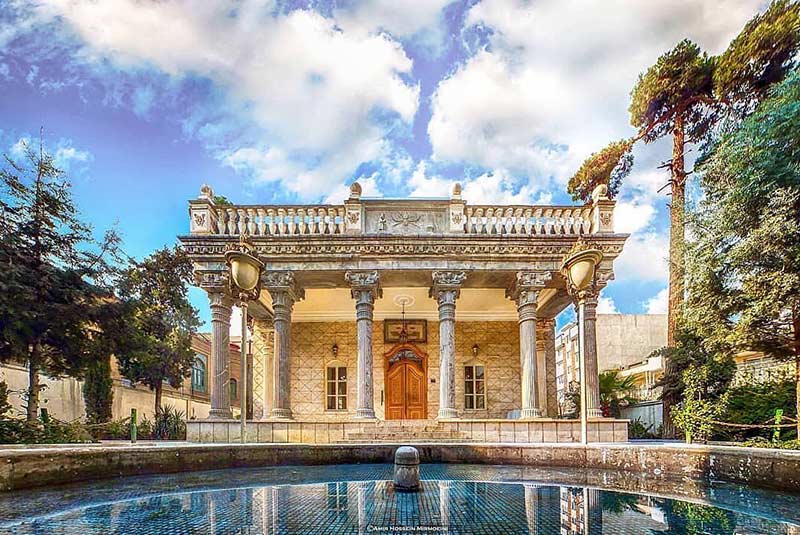 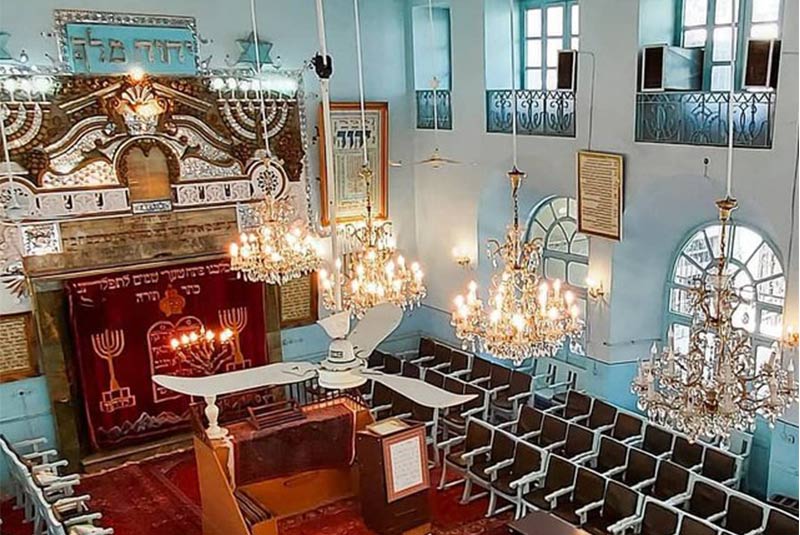 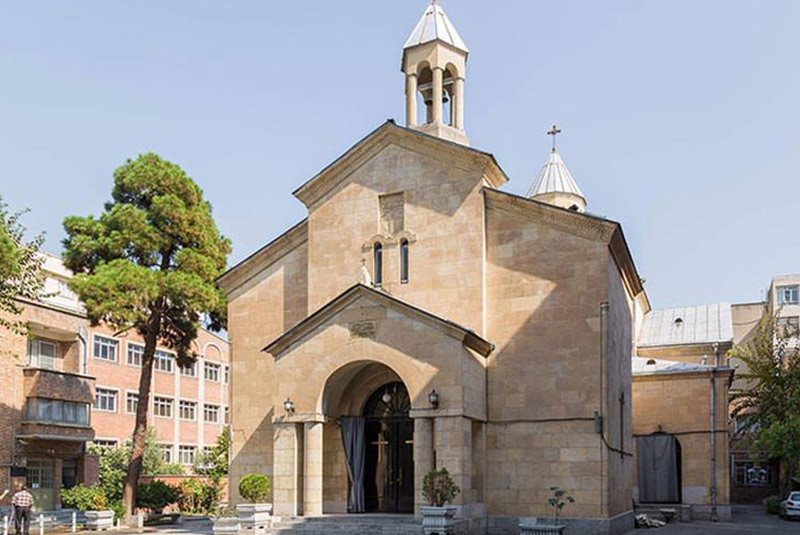 There are not many cities in the world that could survive through history and still be alive. Rey in the south of Tehran is mentioned in so many ancient inscriptions and is believed that its initial inhabitants go back to the Achaemenid dynasty. Nevertheless, Tehran started to flourish when the founder and the first king of the Qajar dynasty Agha Mohammad Khan decided to appoint this city as his capital in 1796, where it still stands today. He ordered to rebuild of Golestan Palace for his throne, which today is one of Iran’s UNESCO world heritage sites. Agha Mohammad Khan, however, was a cruel ruler and buried the bones of the previous king who he conquered under the staircase to this palace to humiliate him and his dynasty as a sign of hatred. 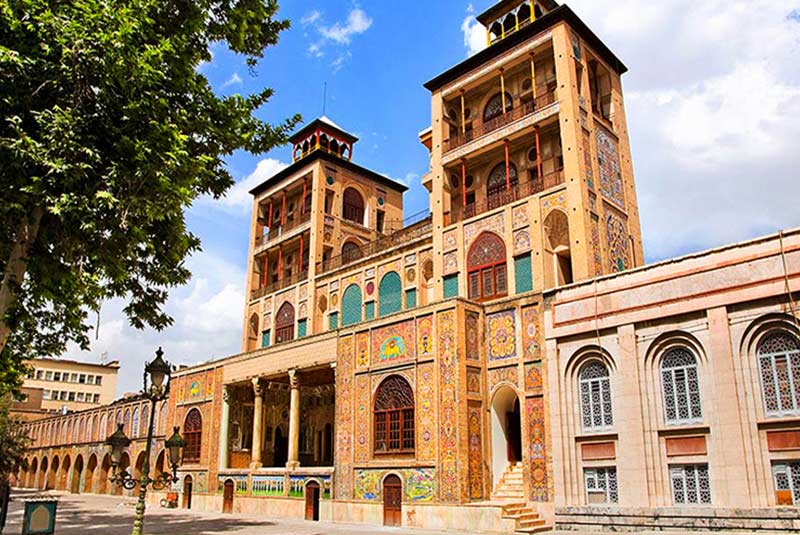 One of the other important incidents that happened in the history of Tehran and impacted almost the whole world was the meeting of the leaders of the allied: Joseph Stalin, Franklin D. Roosevelt, and Winston Churchill during World War II in Tehran in 1943. Many important decisions were made at this meeting by the leaders of these three powers which changed the path of WWII. 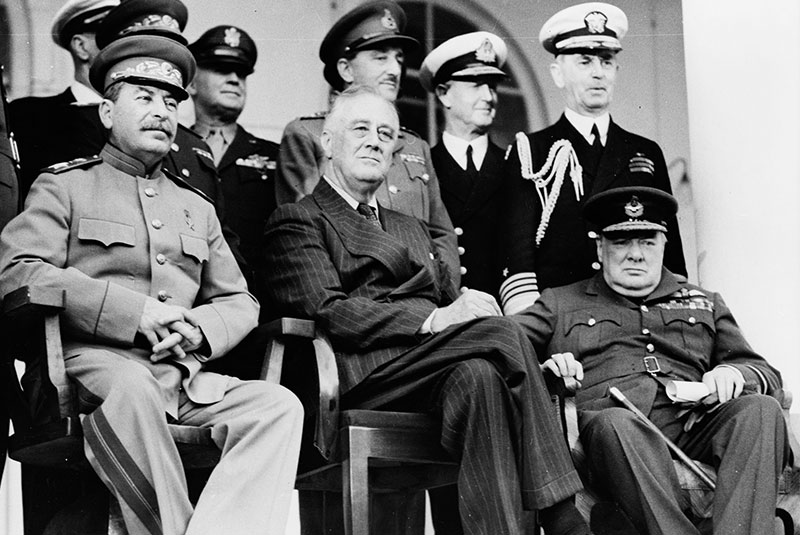 Golestan Palace has not been the only residence of the kings in Tehran. Sa’dabad and Niavaran complexes in the north of the city, which enjoy a more moderate climate, are also other palaces for the kings of Qajar and Pahlavi. All these palaces are now turned into museums and not only can you visit the architecture, buildings, and furniture, but you can also survey the masterpieces and art galleries in these museums. They all are located in huge green spaces where parrots and other different types of birds are chirping. 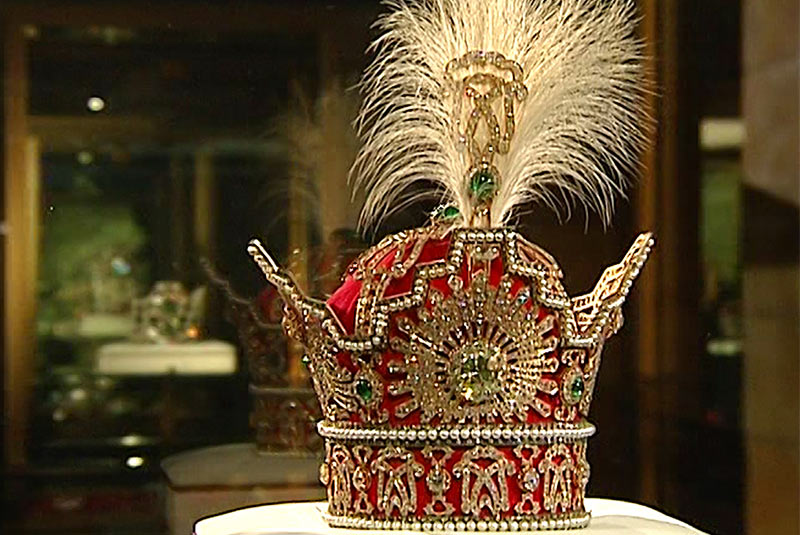 In addition to the palaces, there are some other prominent museums in Tehran that are homes to archeological antiquities. There are some regions in Iran that are more enriched in historic artifacts than Tehran such as Shiraz, Isfahan, Yazd, and so on. Therefore, numerous of their artifacts and antiques are gathered and transferred to these museums in Tehran as the main museums of the country. National Museum of Iran, Treasury of National Jewels, Glassware and Ceramic as well as Reza Abbasi Museum are some examples to mention but a few. 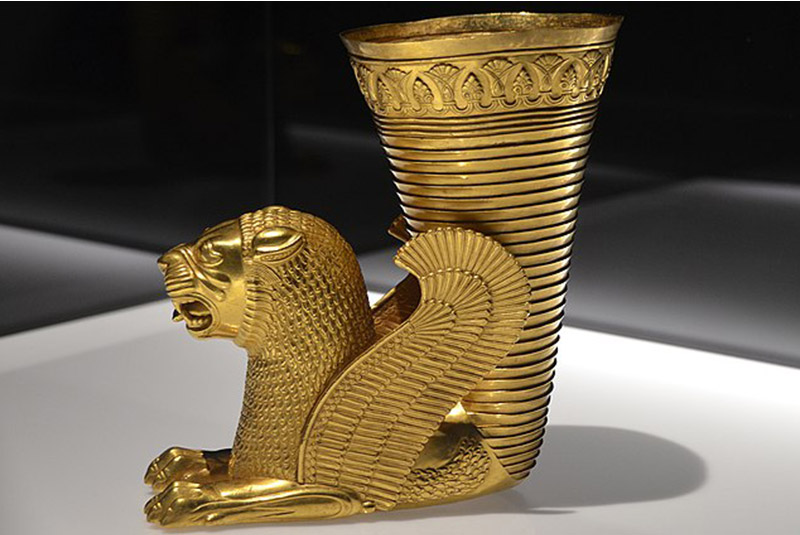 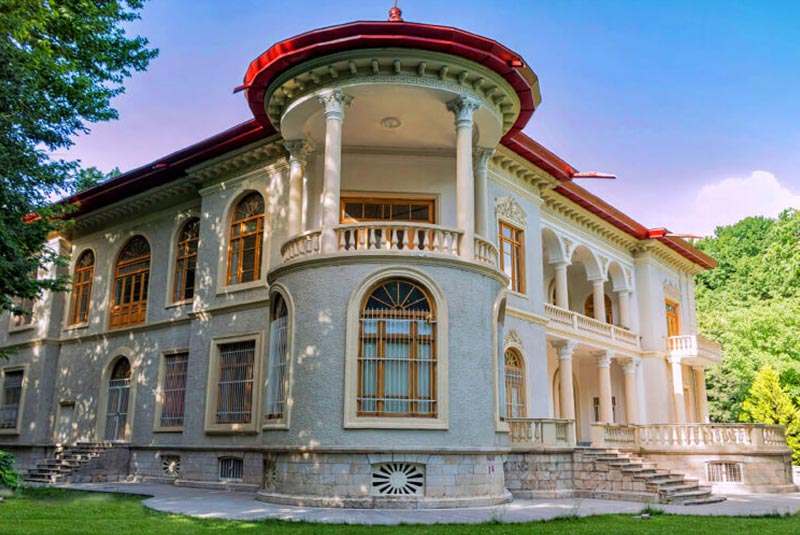 At the Tehran Museum of Contemporary art, you can find unique collections of recent famous artists such as Pablo Picasso, Francis Bacon, Claude Monet, Andy Warhol, Paul Jackson Pollock, Vincent Van Gogh, Max Ernst, Rene Magritte, Paul Gauguin, and many other well-known contemporary sculptors and painters. This museum is considered to have the most valuable collections of modern Western masterpieces outside Europe and North America. 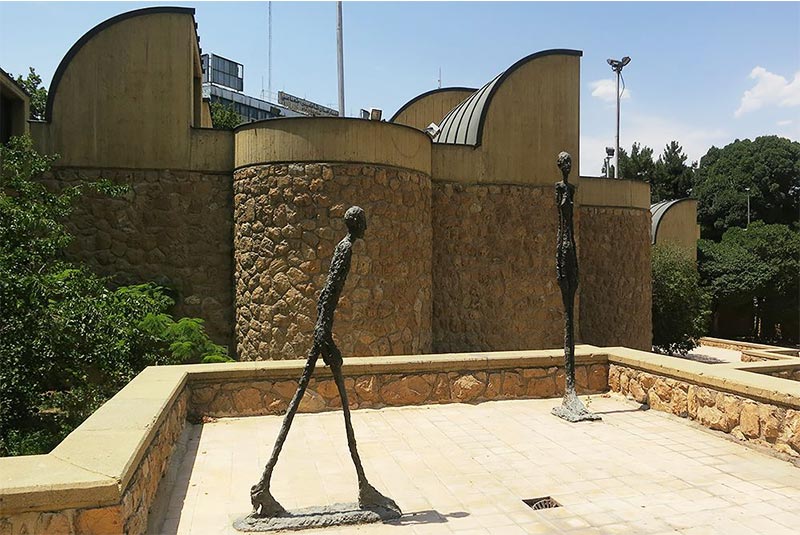 There are many other museums in Tehran, but above-mentioned museums are among the must-see ones. Among them, we could point out to Masoudieh Mansion, Carpet Museum, Moghaddam Museum, Time Museum, Malek National Museum, Iran Money Museum, Museum of Music, and many more. In addition, there are some museum gardens as well such as the Iranian Art Museum Garden, Negarestan Garden, Miniature Garden, Ferdows Garden, Botanical Garden, Qasr Museum Garden, Vaziri Museum Garden, Holy Defense Museum Garden, etc. 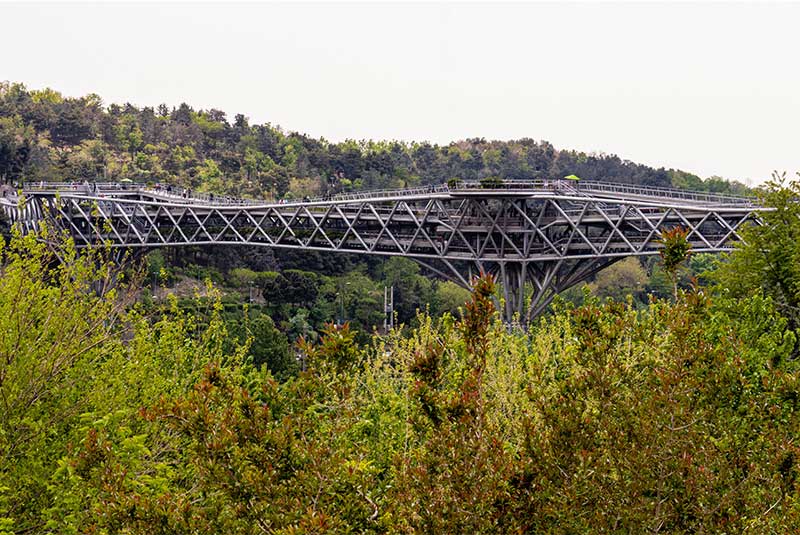 One of the other wonderful attractions of Tehran is a structure that was built to connect two big parks Taleghani and Abo Atash together over Modares Highway. This bridge is called Tabiat which means Nature. Throughout the bridge, there are some recreational, cultural, and tourism spaces such as restaurants, coffee shops, and galleries, which pedestrians can walk and enjoy. The lighting of the bridge at the night makes it even more attractive. 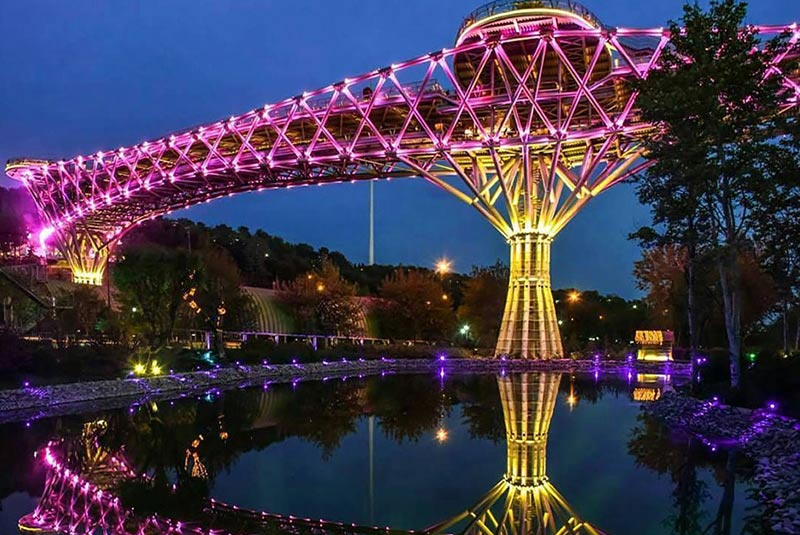 If you are interested in adventure and sports, you can choose between a different variants of exclusive activities that could be done in Tehran due to its climate like mountaineering, skiing, rock climbing, ice climbing, rappelling, caving, rafting, parachuting and so many more. There are some special resorts in or around Tehran which train people in these kinds of activities.

Wrestling is the national sport of Iran and Wrestling House in Tehran is the biggest of its kind in the world. A lot of champions are trained here who are shining in different events in the world. Authorities believe that these infrastructures would meet the need for wrestling for the next 30 years. This facility is located in one of the biggest stadiums in the world which is in Tehran. Azadi Sport Complex has the capacity of more than 100,000 people and during derbies or national soccer games, there is almost no free place at this stadium. 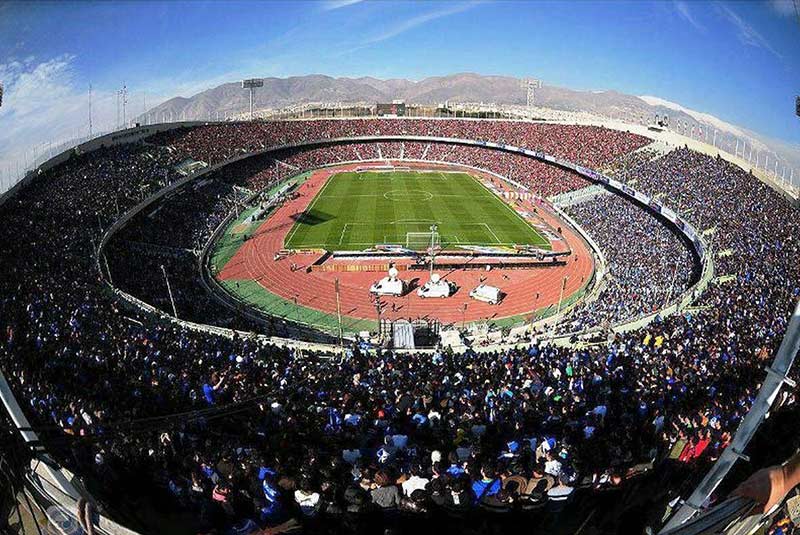