What language is spoken in Iran

The Persian language is one of the most important and key elements of Iranian identity. The language is considered as Iran’s official and national language.

Since a long time ago, the Persian Language has been very influential in other countries such as India and former Ottoman emperors.

Such influence can be seen from Iranian culture on the culture of other countries. It is said that when Shah Esmail Safavi send a piece of the poem in Azerbaijani language to Ottoman Sultan during one of his wars, the king sent a Persian poem in response.

Here is all you need to know about the Persian Language in Iran.

Persian language identity is beyond Iran's borders, for instance, it was spoken by Indian people under Gourkani reign before the British colony. Nowadays, people in Iran, Afghanistan, Tajikistan, and Uzbekistan speak Farsi or Persian.

It is a branch of Indo-European and sub-branch of Indio-Iranian language. Its history traces back to ancient times when it was spoken by the ancient Iranians. In fact, the current Persian language is comprised of three languages: Pashto, Dari, and Farsi.

While Dari and Farsi are two accents of the same language, Pashto is a different language. Pashto and Dari are two official languages of Afghanistan. Dari is also called Farsi in Afghanistan while it is mostly referred to as Persian Farsi in Iran.

In general, there are few differences between formal Dari and Farsi. In comparison to Farsi, Dari uses more English borrowed words. Linguists in Iran have always tried to reduce, if not stop the influence of English terminology on Farsi.

Read more: What you need to know before traveling to Iran

How many languages are spoken in Iran?

The Persian language, also known as Farsi is the national language of the country. However, there are other languages and dialects spoken in the country.

In addition to the widely spoken languages, Circassian, Hebrew, Armenian, Assyrian, and Georgian, are spoken by less than 1% of the total population of Iran.

The Azerbaijani language that speaks in Iran belongs to the Western Oghuz. It is a branch of the Turkic language family and is related to Turkish and Crimean Tatar.

The Kurdish language is spoken by the Kurds. This language belongs to the Northwestern Iranian subgroup of the Indo-European language family.

Is Farsi the same as Arabic? 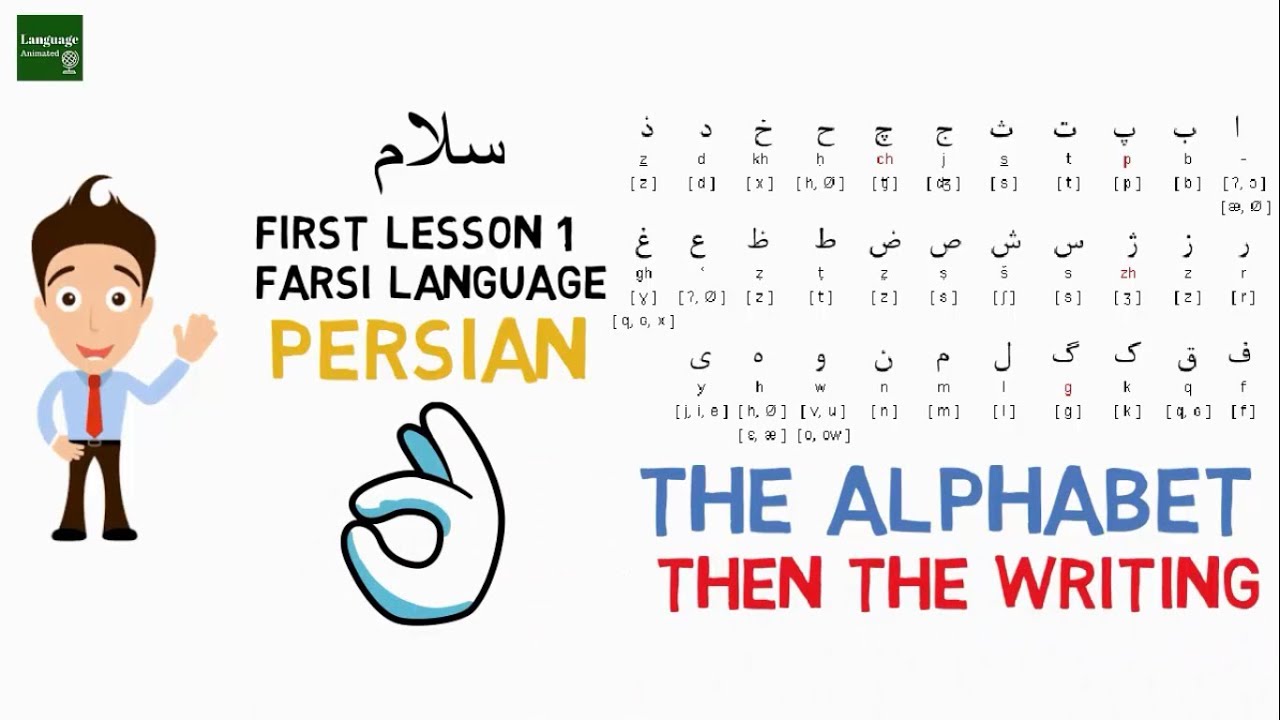 It might be easy to assume that the Persian language and Arabic are related. However, based on the similarity of their scripts, a quick study of language families reveals that Persian is an Indo-European language whereas Arabic is a Semitic one.

Prior to the Islamic conquest, Old and Middle Persian were written in such scripts as Old Persian Cuneiform, Pahlavi, Aramaic, and Avestan. It was the Tahirid Dynasty who replaced Pahlavi with the Arabic script in the 9th century.

Even though Modern Persian has many loan words from Arabic—much in the same way that English does from French—to call them the same or even mutually intelligible is a gross mistake.

Despite the introduction of Islam, Iran has retained its language, identity, and traditions, thereby distinguishing it from neighboring Arab countries.

Is Farsi hard to learn? 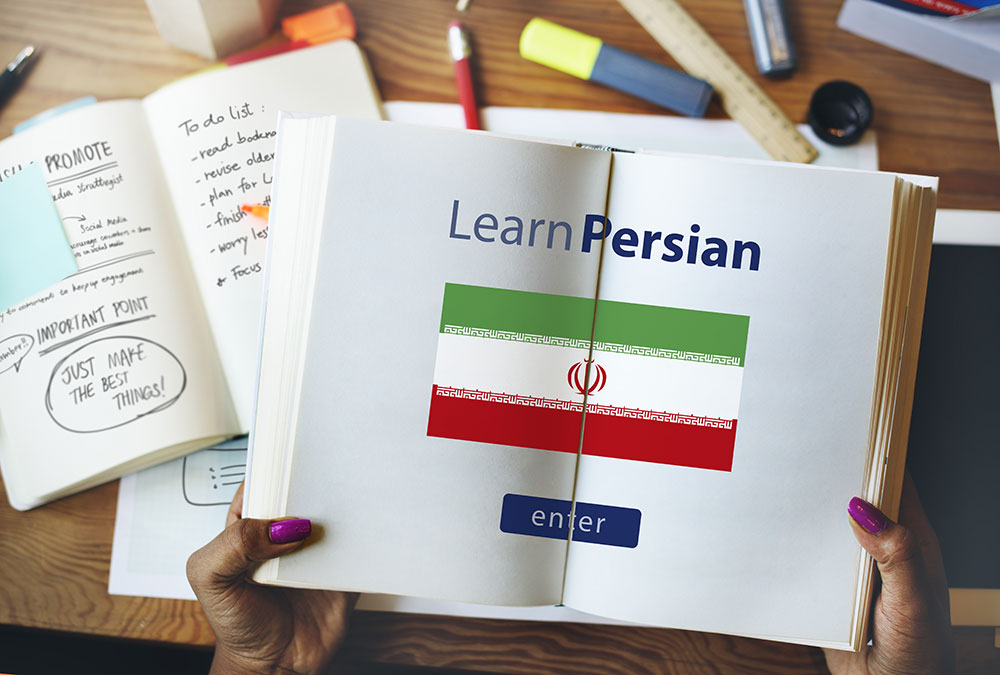 Any language can be tricky to learn, and mastering a language may take many years. Some people believe that Persian is not really hard to learn, but study Persian can be challenging to master.

I believe, however, that it all depends on you. The key to learning any language is patience and persistence, and Persian is no exception. However, Persian grammar rules differ significantly from classic European languages such as English, German or French.

They also differ significantly from Arabic grammar, so although it helps to have shared words of Arabic origin, these shared words are used very differently.

Persian also uses different alphabets (a modified Arabic alphabet for both Farsi and Dari dialects) but also the Cyrillic alphabet in the case of Tajik Persian.

Persian literature spans two and a half millennia and its roots in surviving works in Old Persian or Middle Persian dating back as far as 522 BCE.

The bulk of the surviving Persian literature, however, comes from the times following the Islamic conquest of Persia circa 650 CE.

After the Abbasids came to power (750 CE), the Persians became the scribes and bureaucrats of the Islamic empire and, increasingly, also its writers and poets.

Read more: Is it safe to visit Iran

The influence of Persian literature on World literature

William Shakespeare referred to Iran as the "land of the Sophy". Some of Persia's best-beloved medieval poets were Sufis, and their poetry was, and is, widely read by Sufis from Morocco to Indonesia.

Rumi (Maulānā) in particular is renowned both as a poet and as the founder of a widespread Sufi order. The themes and styles of this devotional poetry have been widely imitated by many Sufi poets.

Many notable texts in Persian mystic literature are not poems, yet highly readable and regarded. Among those are Kimiya-yi sa'ādat and Asrar al-Tawhid.

Persian literature was little known in the West before the nineteenth century. It became much better known following the publication of several translations from the works of late medieval Persian poets, and it inspired works by various Western poets and writers.

The beginning of this change was exemplified by an incident in the mid-nineteenth century at the court of Nasereddin Shah, when the reform-minded Prime Minister, Amir Kabir, chastised the poet Habibollah Qa'ani for "lying" in a panegyric qasida written in Kabir's honor.

Kabir saw poetry in general and the type of poetry that had developed during the Qajar period as detrimental to "progress" and "modernization" in Iranian society, which he believed was in dire need of change.

Such concerns were also expressed by others such as Fath-'Ali Akhundzadeh, Mirza Aqa Khan Kermani, and Mirza Malkom Khan. Khan also addressed the need for a change in Persian poetry in literary terms as well, always linking it to social concerns.