Iranian art and painting are linked with numerous artists it comes to miniature, the name of Master Hossein Behzad comes to mind. He is definitely one of the greatest Iranian miniaturists in the 20th century.

Hossein Behzad was born in 1894 in Tehran. His father, Mirza Lotfollah Esfahani, was a pen holder designer, who encouraged his son to learn miniature painting skills under the care of Molla Ali. Behzad once said I was always thirsty for painting and an unknown feeling inside me pulled me towards it.

His father and teacher passed away when he was a teenager and therefore he started working at Mirza Hassan’s portray gallery. He started his own workshop at the age of 18. His firsts independent paintings were a reproduction of Safavid and Timurid miniature upon a request.

These paintings helped him to become the master of rules and styles of Kamalolmolk, and Reza Abbasi paintings.

He went to Paris in 1934 and stayed there for thirteen months. At that time, he learned various Eastern and Western painting styles at the Louvre, Guimet Museum, and Palace of Versailles. He developed a new style of miniature painting by combining some aspects of Persian painting and few elements of contemporary painting from the West. 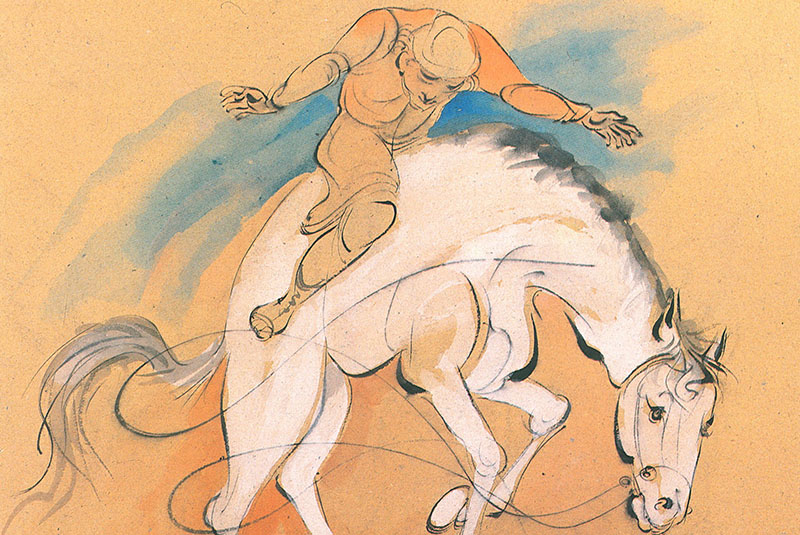 In the honor of Avicenna, there was an exhibition in Iran Bastan Museum 1953 in which Behzad exhibited some of his best paintings which were seen by many international visitors. There were some paintings at the exhibition which took him ten years to completed. This exhibition led to another one in Paris at the Museum of Modern Art with the sponsorship of the French government. Later, he held exhibitions across the world in London, Prague, New York, Boston, and Brussels.